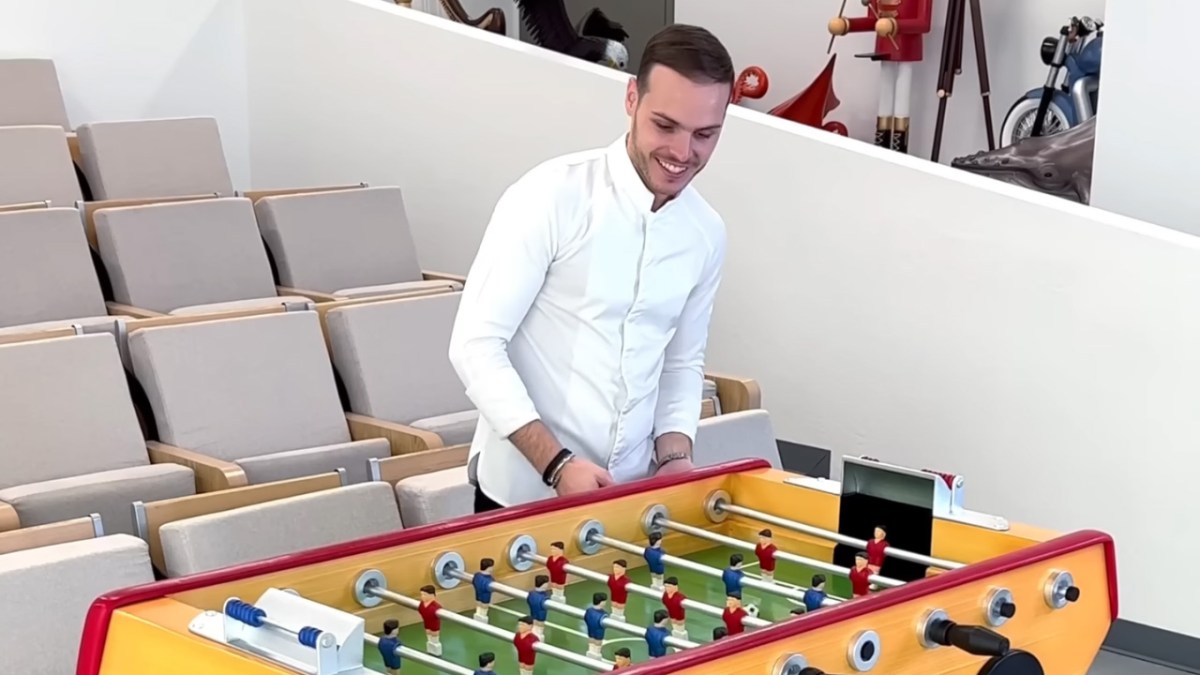 If you have been on any form of social media at all in the last year, you may have likely seen the master chocolatier, Amaury Guichon. Otherwise dubbed ‘The Chocolate Guy’, Guichon has enraptured people with his chocolate marvels, from intricate flower designs to lockets that open and close, he has taken his skills one step further, maybe a step too far as some have commented.

The Chocolate Guy is currently getting a lot of attention thanks to his recent crafting of a full-sized foosball table made entirely from chocolate. From the table to the rods, even to the little men, the entire thing has been crafted from chocolate and then painted with edible spray paint to look exactly like a foosball table – and it’s functional too!

His recent design is trending on Tumblr as people marvel at his skill to craft chocolate into anything he wants. Now, chocolate of course has many great qualities, besides tasting amazing — it can be melted down easily and molded with relative ease as well. But it isn’t exactly the easiest thing to work with. Ask anyone who has ever tried to microwave chocolate only to find it somehow smelling rancid and looking crispy in parts.

For those who don’t know, Guichon is a French-Swiss pastry chef who began his training at the age of 14 studying at the École Hôtelière Savoie Leman. He went on to perfect his skills at a bakery in Geneva. Later on, he took an apprenticeship in France at Maison Lenôtre in Paris and was named Best Apprentice in 2010. In 2014 he moved to the States and two years later started posting his designs on Instagram and then later TikTok, amassing 10 million followers on the former and 17 million on the latter.

He built up a reputation as a creator of stunning sculptures and designs and found himself hosting the Netflix series School of Chocolate, a competition show that ran for eight episodes from 2021-2022. Perhaps the upcoming Willy Wonka film should have hired him as an on-set expert, as he is one of the closest things we have to the wacky chocolatier in real life!