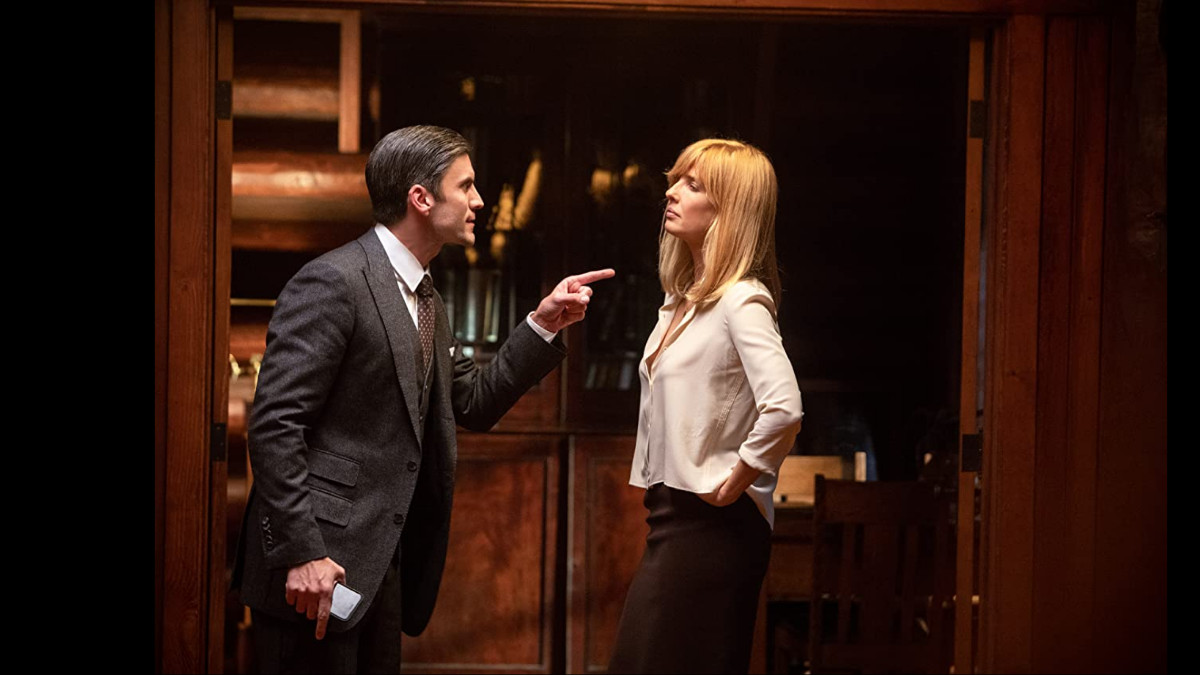 Yellowstone‘s Wes Bentley is opening up about the intensity of the scenes he shares with Kelly Reilly as the talented pair play brother and sister duo Jamie and Beth Dutton. The siblings have a relationship built upon years of distrust and manipulation, which does something to a person on a fundamental level.

Beth and Jamie have taken their pain and traveled two distinctly different paths with it. Jamie’s is more of a crutch while Beth’s is a cloak, but the truth is, they both use it to keep people at arm’s length away. They’ve been wronged along the path to whatever salvation they’re attempting to reach, and neither one will let the other forget about it.

Speaking to The Wrap, Bentley stated that he and Reilly have worked hard on a relationship where they can get into character for these brutal scenes, have a level of trust with one another, and have some fun with it.

“We’ve worked so long on building that. When we met, we just clicked and he’s so sweet and unlike Beth. She doesn’t have that cold streak and so working in to get into that space with her, we together worked on how nasty she could be to Jamie because it was key. She was really working hard, doing a great job and we were working together and it was really fun. We were finding that in the nastiness that had to be there between them, to just use brutal force. We trust each other because we know each other, we like each other. I told her, “You can just do it. Do it. Don’t worry about me. You know, if it hurts fine, we’ll get over it, it’ll look great.”

The fight in question did look great, as does every combative moment between these two. From their first brawl in season one to the moment fans were convinced Jamie was going to run Beth down with his car, they play mortal enemies better than anyone else could. They tell the story with such a painful believability.

Bentley credits Reilly with being excellent at both the physical and the emotional layers of their unkindness to one another, and she takes as good as she gives. Something that made our skin crawl in the midseason finale was the moment when Jamie truly felt he had the power. The look on his face changed, his posture even shifted, and it was all part of their work to get into character for the big fight.

“She was amazing at all the physical stuff but also emotionally, being able to relate to as well, her telling me to go for and saying awful things and being awful to her. That trust gets us there. And these last scenes are different for Jamie because he steps into a power position in a moment, who knows how long but, but he has a moment of like, Oh, I got the power here. She doesn’t know about this thing. I’ve made my move on the impeachment. It’s working. And you just feel him change his position on her. Even his stance on her in that moment. That was different even for us to get on the day, the things I was doing and the things she was doing to get into the scene. But we’re at a point now where we don’t even have to talk much. We know that trust is there. We know we’re going give it. If we don’t, we just say, “Come on go, go go let it loose on me.” Like the scene on the side of the road, like, let loose on me. She went to a place I’ve never seen her go, which was horrifying and terrifying and so sad, crushing and so amazing. But that was because we can let each other go there and feel safe.”

The safety they provide for one another is the most important part of the puzzle because, as fans know, there’s not much about their bond that evokes any positive emotions at all. The fact that the actors know how important it is to tell this story allows them to get into dark places with one another and to trust each other through them.

The future certainly doesn’t hold a space for these two to coexist, but their ups and downs together will forever be an integral part of the Dutton family story, no matter what.