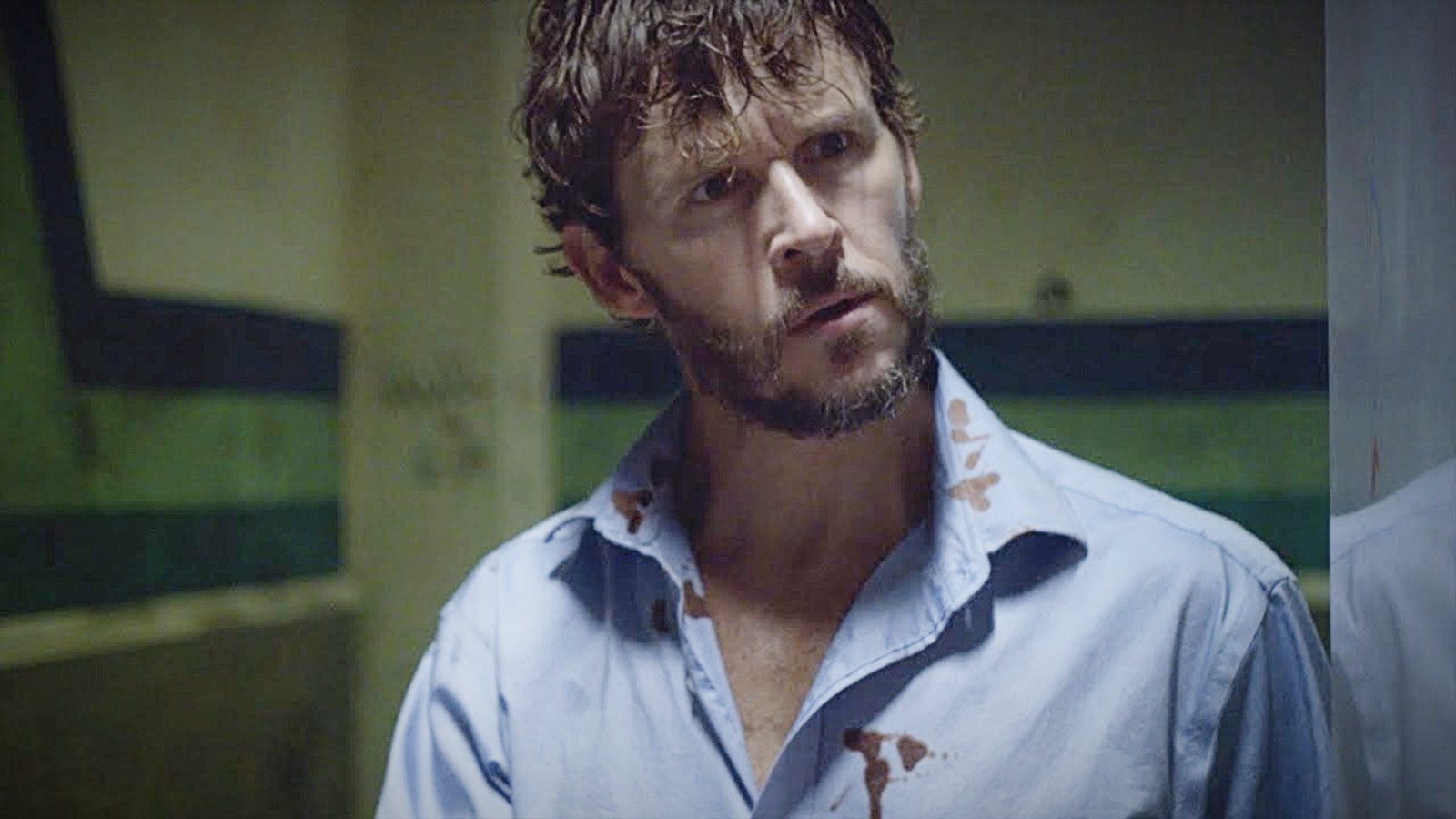 Image via Shudder.
Review of: Glorious

Glorious is a miracle of a horror feature where smarts, creativity, and religious allegory results in a compelling and terrifying tale of one confused man and a lonely god.

Cinema has plenty of depictions of God talking to man, ranging from Charlton Heston’s Moses talking to the burning bush in The Ten Commandments to Jim Carrey gabbing with Morgan Freeman’s smooth-talking God in Bruce Almighty. Glorious centers on a meeting with God, or a god, that is unique, to say the least.

It all begins with Wes (Ryan Kwanten), a disheveled and heartbroken man who finds himself hangover and sick inside a roadside truck-stop toilet. Wes realizes he is not alone when a booming voice from the opposing glory-hole decorated toilet stall introduces himself as Ghatanothoa, or Ghat, a “very lonely, very old god.” Turns out the universe has a special favor to ask of Wes, one that will test his capacity to place others ahead of himself, and this god is not taking “no” for an answer.

The third feature film from director Rebekah McKendry, Glorious, delivers an intriguing and engrossing horror comedy where subjects of theology and mythology are always in play yet never drag the film down into a pit of pretentiousness. Talk of destruction and sacrifice blend well with high-grade toilet humor, in which the editing from Joseph Shahood particularly shines in its shifts from light to dark.

Impressive, too, are the squishy, gory depictions of violence that range from the depraved to the surreal, such as a scene in which an unfortunate intruder (Andre Lamar) feels the wrath of Ghat, resulting in a crimson shower akin to blood pouring from the heavens. Cinematographer David Matthews blends the grimy aesthetic of a roadside bathroom with neon pinks and crimson reds, creating as unique a color palate as seen in horror in some time.

The back-and-forth between Kwanten’s unhinged pilgrim and Simmons’ guilt-ridden god of destruction is a hoot. Kwanten delivers a wonderfully madcap performance, while Simmons’ distinct booming voice is perfect casting as an ancient god who has developed emotionally complex feelings for mankind. Ghatanothoa, the firstborn of the mighty Cthulhu, is a key figure of Lovecraftian lore that in Glorious is presented as a creation both scary and contemplative, Simmons providing the humanity behind the monster.

McKendry, who is also a professor at USC School of Cinematic Arts, has delivered a horror film that lives up to its title, with Glorious a Lovecraftian nod to gods, men, and all the messiness in between.

Glorious is currently available on the Shudder streaming platform.

Glorious is a miracle of a horror feature where smarts, creativity, and religious allegory results in a compelling and terrifying tale of one confused man and a lonely god.