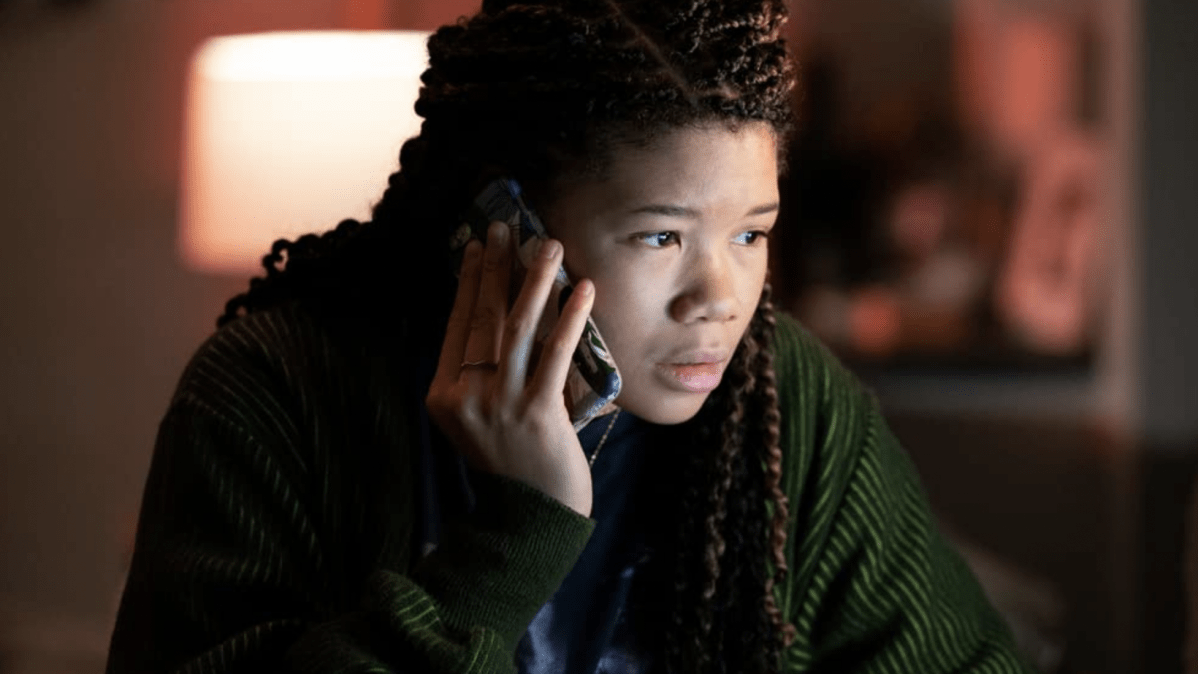 Missing is a movie that is far better than it should be. It takes place entirely through the point of view of the various cameras – phone, computer, security – that monitor and record the characters all day every day. Teen screen addict June “Junebug” Allen’s mother Grace has gone on a 10-day getaway to Colombia with her new boyfriend. When Grace goes missing, June finds herself using every app on her laptop to unravel the mystery of her kidnapping while never leaving the comfort of her bedroom.

On its face, Missing is a Zoomer version of popular 1980s moralistic thrillers like Fatal Attraction and Basic Instinct, in which the action is precipitated by a hero’s fatal flaw, leading to an emotionally manipulative-but-satisfying climax.

In the case of Fatal Attraction, it was Michael Douglas’ married businessman Dan Gallagher and his inability to keep from cheating on his wife with Glenn Close’s psychotic stalker Alex Forrest. In Missing, the story centers around June’s inability to appreciate her mother and everything she has sacrificed to make sure her mother grows up happy, safe, and spoiled.

While the film’s story sometimes borders on the ridiculous, the sillier moments are carried by the appealing performances of a quartet of actors that serve as its emotional core.

Starring as Junebug, Storm Reid carries the film as almost a one-woman show at many points, helping us through the sheer force of her charisma to forget the many times we’ve seen teen movie tropes like the “Hey mom’s gone let’s throw a rager in my house” party montage. While barely older than her character, Reid’s resume boasts supporting roles in multiple successful TV shows and movies, and she impresses with her ability to carry this movie as the lead.

The core cast is rounded out by Joaquim de Almeida as a Colombian Taskrabbit freelancer and Allen’s unlikely ally, Ken Leung in a sleazy-yet-appealing turn as Allen’s boyfriend Kevin, and Nia Long playing “the Nia Long role” as June’s missing mom Grace.

Structurally, Missing reminds one of the films that made up the global neo-noir film wave of the 1990s. It features a structure similar to titles of that movement like Wild Things, in which every character is not who they seem, with a back half that takes the viewer from one twist to another, some predictable and others less so. Like its predecessors, your enjoyment will depend entirely on whether you are a few steps ahead of the story, or if you’re willing to sit back and let it take you on a journey.

Missing is the standalone sequel to the 2018 low-budget smash Searching, featuring a similarly-plotted story of John Cho’s David Kim attempt to solve his daughter’s disappearance told through computer screens. That film’s creative core, writer Sev Ohanian and writer/director Aneesh Chaganty, wrote a 26-page outline for Missing and turned it over to Searching’s editorial team, Nick Johnson and Will Merrick, to write and direct, and the collaboration has paid dividends.

Most importantly, it’s a film that may actually draw its target audience of teens to stop staring at their phones long enough to enjoy it, while featuring a tight thriller plot that should keep their parents engaged as well.

Buoyed by an appealing cast, a strong star turn from Storm Reid, and a tightly written and directed story, 'Missing' is far better than it deserves to be.