Monster Hunter Rise: Sunbreak is a great companion to even out the base game's experience. It never reaches the mountain highs of Iceborne, but jumping in for just a few hunts or basking in the grind has never been smoother. 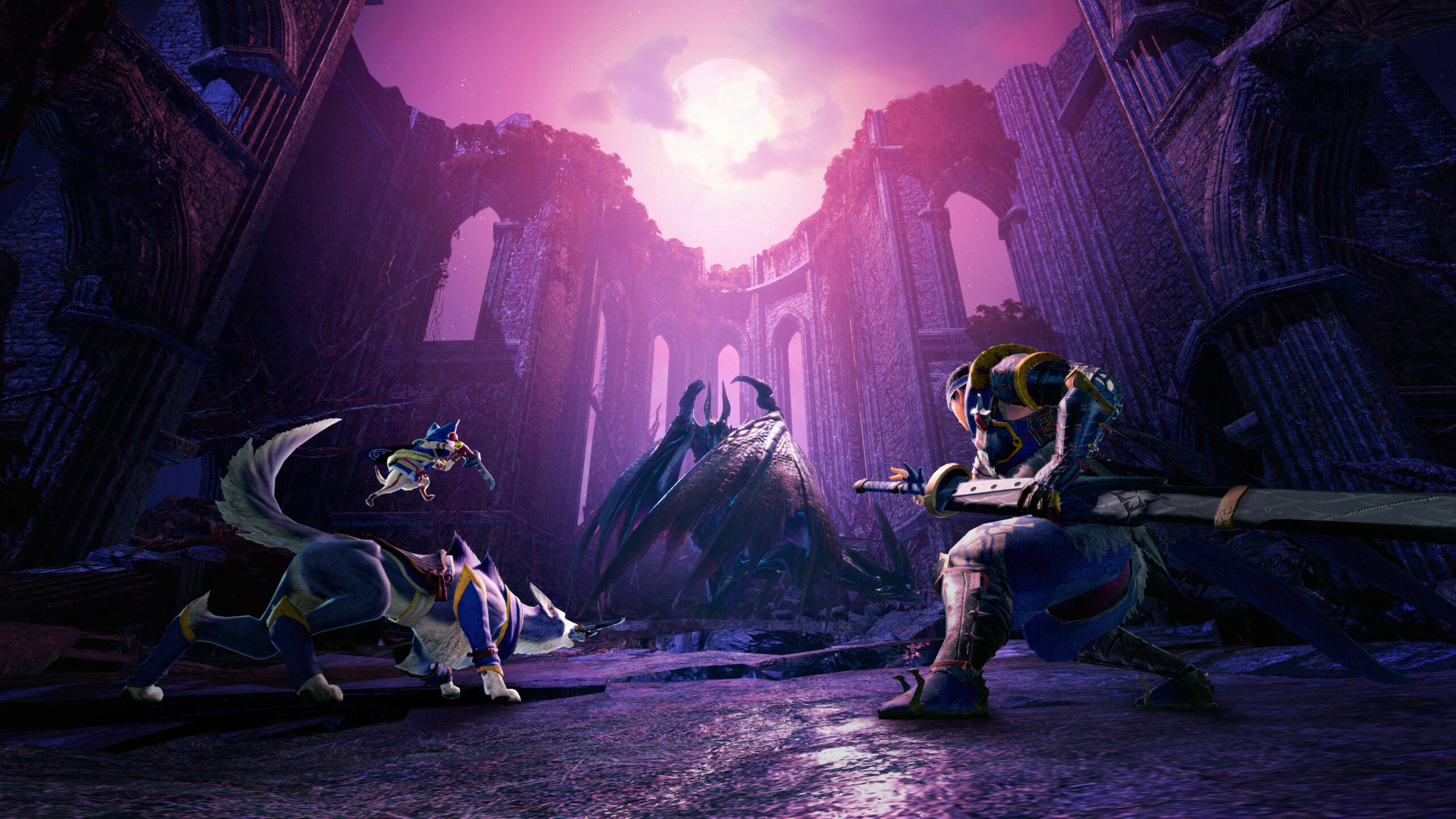 I originally drafted this intro with a tired (and bad) analogy comparing Monster Hunter Rise: Sunbreak to the game of chess. I’m still going to do that, just a little faster. In Monster Hunter, there’s a lot of commitment to attacks — far more than even Elden Ring or Dark Souls. When you start swinging your giant weapon, you’re going to finish swinging it or get knocked on your ass trying. For this reason, each fight is like a dance, waiting for the opportunity to strike and carefully positioning yourself to punish the monster’s recovery animations. How is it like chess? Because you wait for your opponent? Because of the importance of positioning? I guess a lot of games are a little bit like chess.

What’s important here is the dance, and the ways the Monster Hunter series manages to innovate on it in each title and expansion. Monster Hunter World brought the slinger, Iceborne the clutch claw, and Rise the wirebug. Each of these pieces of equipment fundamentally changes the way you interact with your weapon and the world that only a fragment of skill and muscle memory can carry over from game to game. It’s an impressive feat, made more refreshing by the series’ ability to trim the fat. You don’t get a slinger and a wirebug, you get what the game gives you and are expected to make the most of it.

Monster Hunter Rise: Sunbreak, then, is the logical conclusion of the wirebug style of gameplay. Verticality and speed are the name of the game, and each monster has been given the means to keep up (for the most part). I thought more than once how abysmal the experience of fighting one of Sunbreak’s newcomers with World’s mechanics would be. Being able to quickly recover, move around, and utilize Silkbind attacks are an absolute necessity, and it’s continually impressive how finely tuned the complete package is around these mechanics.

New Switch Skills are the most fundamental addition to Sunbreak, which is a bit less compelling than the all-new piece of gear Iceborne offered. Still, they’re sure to spice up any player’s main weapon to keep up with the challenge of Master Rank. My Switch Axe was given a versatile counter move that charged it up instantly, and I felt drunk with power every time I pulled it off.

Unfortunately, these new Switch Skills come a bit late into the experience. After being shoved off to Elgado, the expansion’s new hub area, you’re back to fighting the usual suspects until you’ve ranked up enough to take on Sunbreak’s new and returning big-bads. It makes sense — I can’t imagine taking the time to develop a bunch of low-tier dumpy monsters only for players to clown on them in five minutes and grind the newest omega-ultra-dragon for a hundred hours. Still, it makes the experience a bit lopsided, and I wish the new Switch Skills at least had been introduced earlier so I could enjoy pummeling the funny chicken monster a little more in the meantime.

I absolutely adore the new Citadel map and the returning Jungle location, however, and the focus on these locales was a nice mixup. Sunbreak, as has been noted a hundred times by everyone who enjoys these games, takes more of a Western inspiration, as opposed to Rise’s Eastern influence. The new flagship monsters are Frankenstein’s Monkey, Popsicle Werewolf, and Dracula Dragon. They’re all my children, and I love them.

The story certainly exists. I did like the characters, and the new Follower Quests are actually really fun and bring a lot of charm to the NPCs you spend so much time around. The AI is even more impressive, doing things not even some of my online cooperators think to do (like using lifepowder when I’m clearly going to die oh I’m stunned oh my god please help me). These also unlock some fancy new weapon and armor trees to craft as a nice bonus.

I’ll admit there are some systems I may have glossed over during my time so far with Sunbreak. The new special palico equipment was a lifesaver, even though I only bothered unlocking the healing tool. The nice part of Monster Hunter is choosing how to spend your time. If you’re like me, you just grab the best armor you can cobble together and ask questions later. Luckily, the new level 4 decorations made perfecting my loadout a cinch, and kept me in quests more and staring at menus less.

It took me about 30 hours to reach the new endgame, which consists of hunting “Anomaly” monsters that are infected with a parasite that makes them much stronger and beefier than usual. There’s a new “attack the weak spot” mechanic that’s a nice added challenge, and popping the glowing red spots for big damage numbers makes happy brain chemicals. The materials from these are universal and used for top-tier upgrades, so there’s also incentive to fight those dumpy monsters I mentioned earlier a little more often.

There’s certainly no lack of content in Sunbreak, but it does feel like there’s a slight lack of community. I miss the full lobbies of the Iceborne gathering hub, with 16 players bustling about and posting quests. The limit to four players means when a quest is posted everyone is going to go on the same hunt. I would sometimes mill around in an Iceborne lobby and just hang out, joining hunts and showing off emotes and fashion with others. This aspect of Monster Hunter is something I dearly hope is present in the next mainline title.

While the highs of Monster Hunter Rise: Sunbreak don’t ever quite reach those of Iceborne, the experience is more even and accessible. It isn’t as bogged down with storytelling and systems as World was, and I appreciate that about it. It’s never been easier to get in there and target farm some monsters for cool gear, and the new skills make mastering each hunt even more rewarding. I’ve been adequately addicted, and I’m sure the title updates promised down the line will keep me playing long enough to make it to the next release.

This review is based on the PC version of Monster Hunter Rise: Sunbreak. A copy was provided to us by Capcom.

Monster Hunter Rise: Sunbreak is a great companion to even out the base game's experience. It never reaches the mountain highs of Iceborne, but jumping in for just a few hunts or basking in the grind has never been smoother.