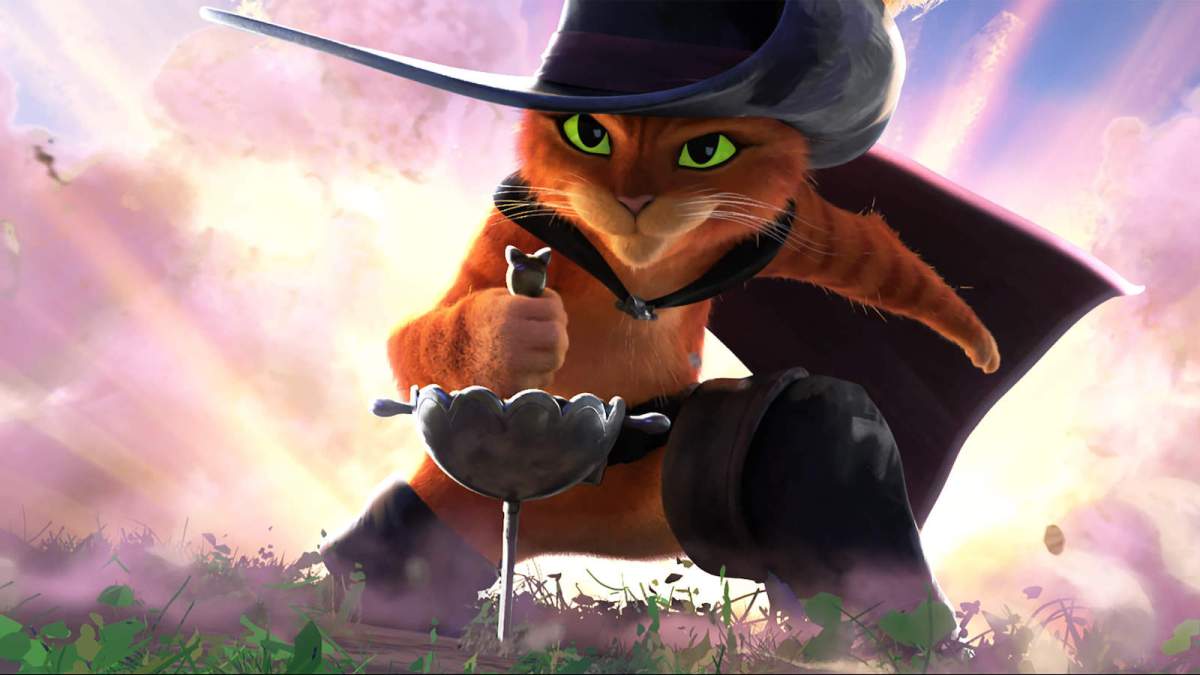 It’s been over a decade since Shrek 2 debuted in 2004 and introduced us to a new, snarkier version of a fairy tale character we all know and love: Puss in Boots. The fierce feline, played throughout the Shrek franchise by Antonio Banderas, has returned for his first solo film in 11 years. Puss in Boots: The Last Wish could have easily been a disappointing cash grab, working on nostalgia for characters who have become iconic to a certain generation of movie-goers. Thankfully, the movie gives us a nice surprise: a sequel with plenty of humor and heart for new and old friends of Puss alike.

At the beginning of the film,, we find our furry hero, Puss, thriving in his life as an outlaw and adventurer. He’s untouchable, until he realizes, after a close encounter with a giant, that he’s down to the last of his nine lives. After initially trying to brush off this new information, Puss runs into a bounty hunter who might actually be Death incarnate (Wagner Moura). Their encounter is genuinely terrifying, and so Puss goes into a full existential crisis. So, he decides to retire from adventuring and become a full-time housecat, landing him in the care of Mama Luna (Da’Vine Joy Randolph), a de facto crazy cat lady who takes in cats with nowhere else to go. There he meets Perrito (Harvey Guillén), an unwanted chihuahua who’s eeking by at Mama Luna’s in a cat costume. The pair strike up a reluctant friendship, and all seems tame until a crime family, made up of Goldilocks and the Three Bears crashes in, looking to catch a bounty for Puss and revealing the location of a wishing star in the Dark Forest. Inspired to try and get his 8 lives back through the wishing star, Puss and Perrito set out on a new adventure.

The Last Wish is better than it has any right to be. From charming animation that combines digital and analog sensibilities and takes cues from fairytale books to performances that are pitch-perfect, it works! It would be a mistake to write it off as a late-in-the-game sequel or nostalgia cash-grab when it’s clear there’s true craftsmanship behind the work. Banderas is welcome in a return performance that is fun and sweet, as is Salma Hayek playing Kitty Softpaws, but the new cast shines as well. Guillén brings real heart to the movie with his take on Perrito, an outcast who manages to see the bright side of life and aspires to be a therapy dog one day. Goldilocks and the Three Bears crime family, played by Florence Pugh, Olivia Coleman, Ray Winstone, and Samson Kayo are a funny and warm addition to the film, even if they’re some of the villains Puss is trying to outrun. Similarly, John Mulaney enters his villain era as “Big” Jack Horner, the true big bad of the film who is irredeemably (and hilariously) evil and has fun with it to the benefit of the film. The magic combo of this cast helps the humor and heart land with pleasant ease.

With a lot of options for what to watch over the upcoming holidays, you could do worse than Puss in Boots: The Last Wish. Come for the return of a familiar feline friend, and stay for a surprisingly fun and wholesome time!

‘Puss in Boots: The Last Wish’

‘Puss in Boots: The Last Wish’ sees Antonio Banderas' Puss on a brand new adventure: domesticity. Of course, that only works for so long in this charming sequel that brings some new faces to the Shrek universe.