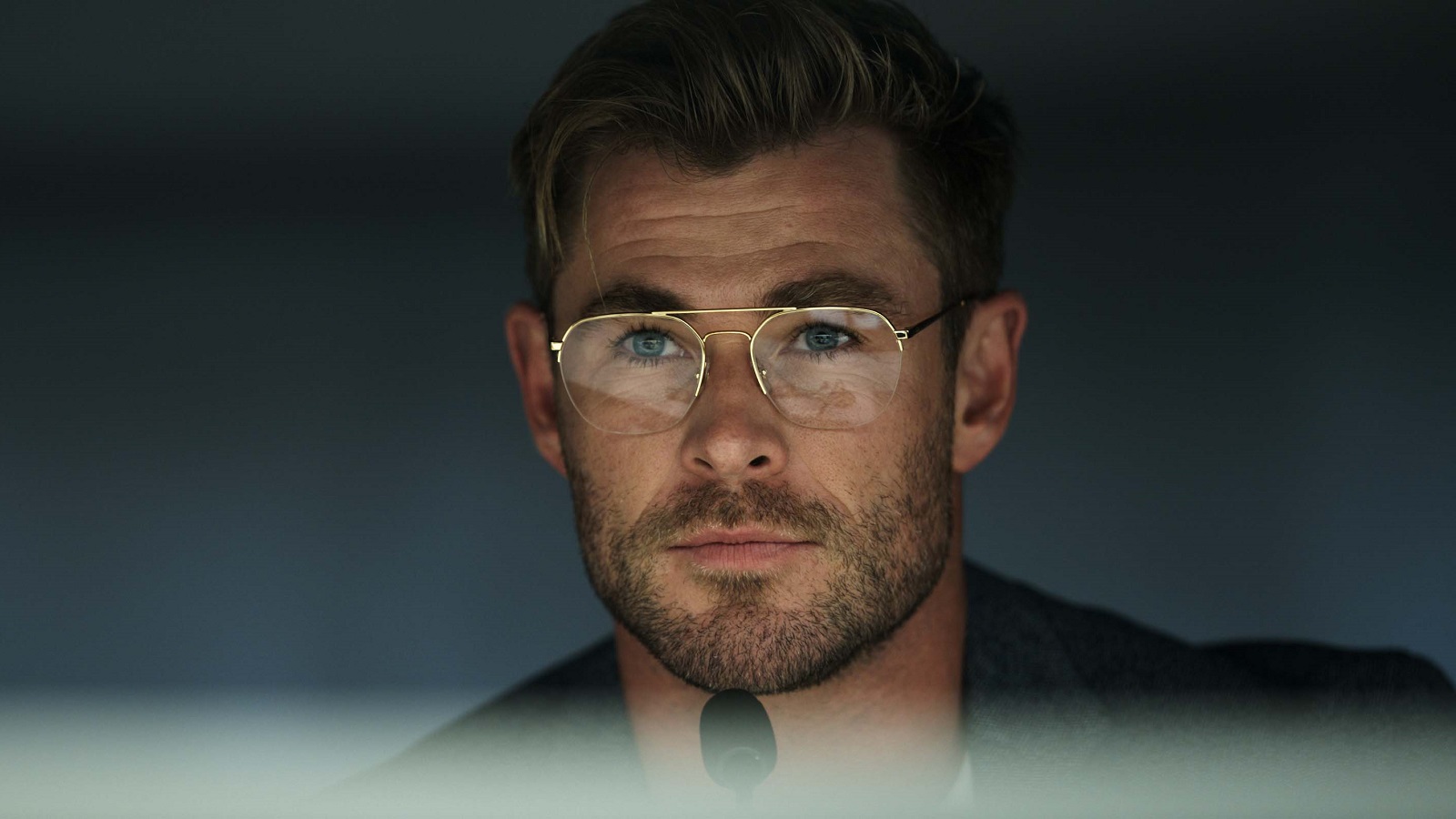 Cr. Netflix © 2022
Review of: Review: 'Spiderhead' is definitely fun, but not as profound as it thinks it is

A career-best performance from Chris Hemsworth elevates 'Spiderhead', but the entertaining sci-fi could (and should) have been so much more.

Based on the combination of Top Gun: Maverick director Joseph Kosinski, Deadpool writers Rhett Reese and Paul Wernick, Marvel Cinematic Universe star Chris Hemsworth, a blockbuster-sized Netflix budget, and a high concept sci-fi premise, you’d be forgiven for expecting Spiderhead to be a lot bigger than it is in terms of scope, scale, and spectacle.

Instead, bar a couple of outside-set scenes that bookend the film and perhaps one flashback too many, the entire 107-minute film is set almost entirely within the titular facility. That turns out to be both a blessing and a curse, with Spiderhead preferring to look inward above all else, but a single-location thriller based on a short story is a difficult thing to spin out to feature-length, and it shows.

Based on George Saunders’ 10-page opus Escape from Spiderhead, the glossy Netflix version aims for thought-provoking profundity, but often comes up perilously short. It’s an undeniably fun and diverting escapade, bolstered by what may very well be the single best performance of Hemsworth’s career, but you can almost hear the entire thing beginning to creak under its own weight by the time the third act rolls around.

Up until the release of his phenomenal Top Gun sequel, Kosinski’s critics regularly pointed out that his storytelling instincts never matched his stylistic sensibilities, with Spiderhead coming along at the right time to allow him to indulge in both. Even though we’re talking about a slickly made piece of high-end cinema, the direction is accomplished without ever becoming overpoweringly flashy, while the focus always remains on character above all else.

Miles Teller’s Jeff is our way into the story, a convicted felon who signed up to be part of an experimental program being run by Hemsworth’s Steve Abnesti. The head of the facility has been tinkering with emotion-altering and mood-enhancing compounds, but it soon becomes clear that something a lot more sinister is lurking just underneath the surface, circumstances that are exacerbated by Jeff’s growing feelings for Jurnee Smollett’s Lizzy.

Spiderhead goes big on themes of free will, obedience, love, lust, self-servitude, megalomania, and many more in between, but one glaring flaw is that virtually all of the major narrative beats and would-be revelations are incredibly easy to see coming. It’s never a good look for a thriller to signpost its biggest and most impactful twists from a mile off, and it ends up robbing the piece of any real narrative or dramatic stakes. Once the setup is out of the way, you’ll have a very good idea of where things are heading, but at least the journey to get there is entertaining.

While Teller does a great job of grounding Jeff as the everyman audience surrogate, and Smollett acquits herself well in an underwritten part that could generously be described as flimsy, this is The Chris Hemsworth Show through and through. The actor has often struggled when he’s not playing a rugged action hero or overtly comedic figure, but he positively thrives in Spiderhead.

Imagine an even more handsome, charming, and devilish version of Oscar Isaac’s Nathan Bateman from Ex Machina (complete with his own sweet dance moves to boot), and you’re only halfway there. The leading man leans into his charisma and star power, but underpins everything with an enthusiasm that’s borderline unsettling, making it clear that Steve isn’t just the happy-go-lucky face of the mysterious pharmaceutical company that’s twisting his arm into continuing the unethical experiments.

There’s an air of absurdity to the entire enterprise, too, which sings when it works, but feels jarring when it doesn’t. We know that everyone in the prison has done terrible things, they could potentially be manipulated into doing things that are even worse at the flick of a switch, and Steve has almost unrestricted oversight into deciding each and every one of their fates.

That’s utterly terrifying on paper, but all of this happens in a place where an unknown bandit nicknamed Shitfinger stalks the corridors, seeking to smear poop on as many things as possible, while a large number of the tests involve inmates having wild and spontaneous sex with each other at the push of a button, as others devolve into uncontrollable fits of laughter at the most mundane of jokes, or even their own emotional trauma on occasion. A lot of these shifts happen from scene to scene, but it’s a long way away from being seamless.

Some of the melodrama can be on-the-nose to the point of saccharine, and something approximating an action sequence towards the end of the film feels extraneous and tacked-on, but it doesn’t put too much of a dampener on Spiderhead overall. There’s definitely something vastly superior that was agonizingly close to being unleashed, but as it stands, Kosinski and his collaborators have delivered a solid summertime Netflix original that’s destined to play extremely well for the next couple of weeks, albeit one you almost certainly won’t hear anybody talking about six months from now.

Review: 'Spiderhead' is definitely fun, but not as profound as it thinks it is

A career-best performance from Chris Hemsworth elevates 'Spiderhead', but the entertaining sci-fi could (and should) have been so much more.