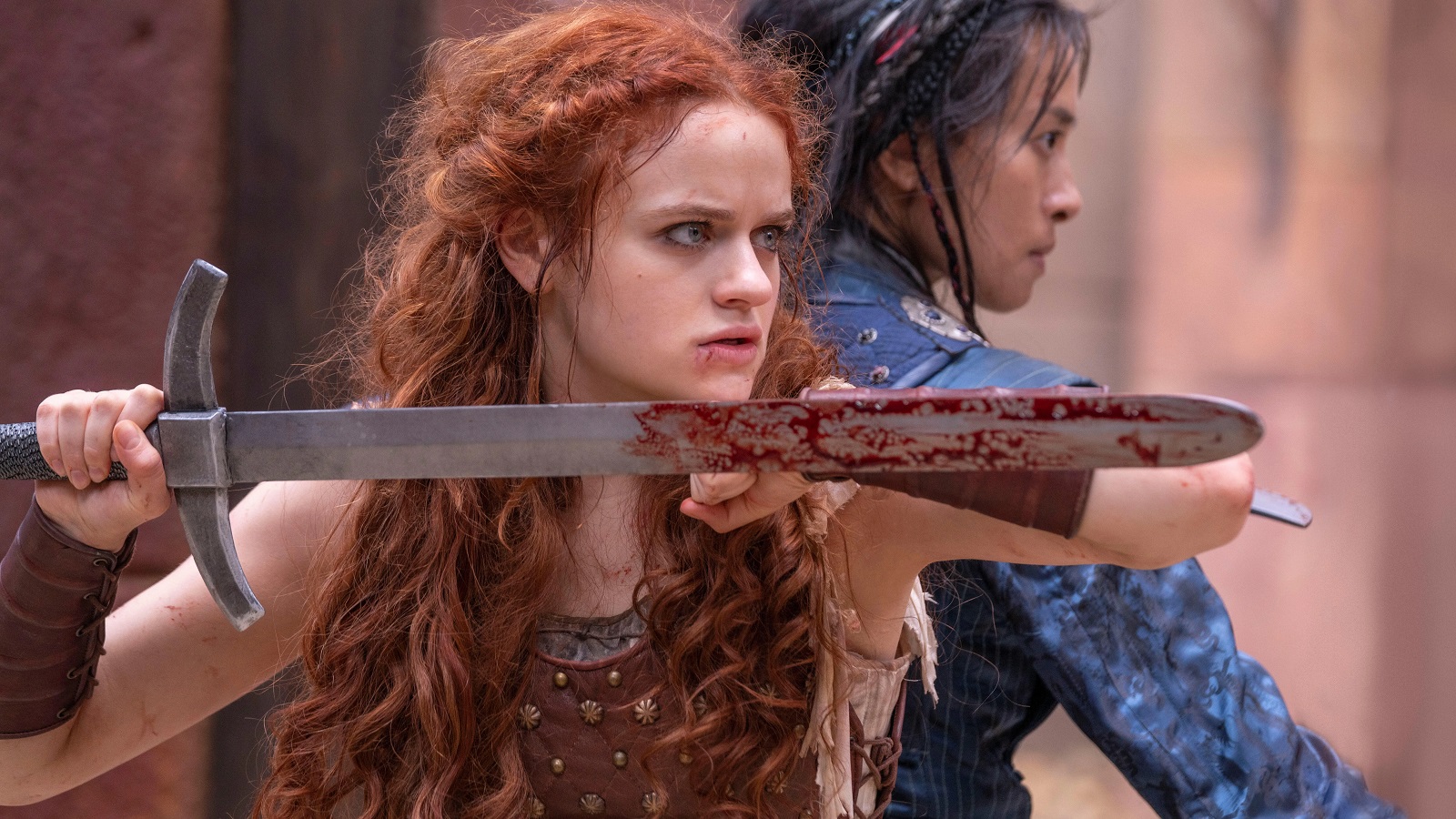 via Hulu
Review of: Review: 'The Princess' is a violent, camp, and cheesy cult classic in the making

'The Princess' fully embraces its outlandishness to deliver a cheesy, violent, R-rated fantasy actioner that's destined to ensure as a camp cult favorite.

Audiences have watched Joey King grow up in front of their very eyes, from her early roles in blockbusters including The Conjuring, White House Down, and Independence Day: Resurgence, right through to Netflix’s wildly popular The Kissing Booth trilogy, via her Golden Globe and Emmy-nominated turn in limited series The Act. Brace yourselves, though, because her action hero era is upon us, and The Princess couldn’t be a more exciting way to introduce the new, improved, and ass-kicking King.

The Hulu original comes bearing a randomly unexpected array of talent on either side of the camera, and the end result is fittingly chaotic. Directed by Vietnamese filmmaker Le-Van Kiet, a genre-hopping talent who followed up hit local horror The Ancestral with panned shark attack thriller The Requin, who works from an economical script penned by Ben Lustig and Jake Thornton.

As well as playing the title character (who doesn’t get awarded a name), King pulls double duty as executive producer, with John Wick creator Derek Kolstad also part of the producorial team, alongside Fast & Furious veteran Neal H. Mortiz. The writing duo described The Princess as “Rapunzel meets The Raid“, and while that sounded hyperbolic at the time, it turns out they were right on the money.

The story opens with the princess in chains and confined to the highest room in a castle tower, where she’s being held captive ahead of her forced wedding to Dominic Cooper’s Julius. Naturally, the young heir to the throne isn’t exactly sold on the prospect, so she escapes her cuffs by breaking her own fingers, brutally dispatches of two goons sent to check on her, and begins fighting her way downwards.

That is essentially the plot of The Princess in a nutshell, and the first five minutes do a phenomenal job of establishing that this is far from your average fairytale. For one thing, the violence is hard-hitting and very bloody right from the off, making it abundantly clear that even though this is a Disney-backed fantasy fable, Kiet and his choreographers aren’t planning to hold back when it comes to the sheer volume and variety of crunching kills, gruesome dispatches, not to mention the odd spot of colorful language.

The tone is deftly balanced from scene-to-scene in the way that it offers no shortage of bone-rattling scraps and a huge body count, but never once are things in danger of being treated with anything remotely resembling stony-faced seriousness. The Princess is a very dumb movie, but in the most fun way possible, with the core creative team simply inviting us along for the ride and assuming that everybody will be on board.

It goes without saying that the key to it all is King, who delivers a performance that’s all the more impressive in the fact it’s barely driven by dialogue at all. The script keeps things sparse in more ways than one, but the lead holds her own and then some in an immensely physical turn that sees her wielding swords, crossbows, fists, feet, and various other implements of destruction, with the countless corridors, stairwells, and opulent rooms of the castle presenting a string of different and environmentally-assisted backdrops with which she can brutalize her enemies.

The Princess additionally treats its set pieces and hand-to-hand exchanges with the utmost respect and reverence to the stunt performers, while also luxuriating in the longer takes and spatial awareness that too many actioners avoid in favor of frenetically fast editing, a practice Michael Bay lovingly refers to as “f*cking the frame”. Kiet is calling the shots on his 10th feature here, but he may have finally found his calling as an orchestrator of winningly curated carnage.

As you’d imagine from a single-location film that unfolds almost entirely in real-time that keeps monarch-in-waiting front and center, The Princess is King’s showcase from start to finish, which admittedly leaves the rest of the supporting cast on the sidelines. However, Dominic Cooper fully understands the assignment by hamming it up as the scenery-chewing antagonist, with Olga Kurylenko doing the best she can with a one-note gig as a whip-snapping secondary villain, and Veronica Ngô admirably holds her own as the standard mentor archetype, even if those are really the only other three cast members who are afforded the opportunity to make an impression.

Approaching the entire operation with tongue planted firmly in cheek was definitely the best way to go, because The Princess was evidently made by a team who had a whole lot of fun making it, and that infectious enthusiasm is all over the screen from the first minute to last. There are only 94 of them, too, so it never overstays its welcome either, wisely deciding that fast-paced frenzy was the best way to go.

Try not to be put off by the ropey CGI and what might be the worst digitally-created fire effects you’re ever likely to see; The Princess has aimed for instant camp classic status, and there’s a very strong argument to be made that the mission has been accomplished with the greatest of ease.

You may not have realized you needed to see King do battle with a musclebound reject from Mad Max, but you do. It’s bold, brazen, brash, and completely over the top, to the extent that you may even be left wondering who exactly this movie is supposed to be targeting, given that it’s effectively a Disney-branded princess story, albeit one that comes bearing an R-rating, decapitations, impaling, F-bombs, and a bow and arrow that doubles as a goddamned dual-bladed sword.

The Princess knows exactly what it is, what it wants to be, and sets out an early stall for how it plans to get there. Sometimes that’s all you need to deliver a balls-to-the-wall genre mashup that has no airs or graces about being anything else, but we’ve got the distinct impression that the end product is going to enjoy a long-lasting reputation for having plenty of rewatch value on those lazy afternoons or late nights when all people want to see is something that’s trashy and disposable in the best possible way.

Review: 'The Princess' is a violent, camp, and cheesy cult classic in the making

'The Princess' fully embraces its outlandishness to deliver a cheesy, violent, R-rated fantasy actioner that's destined to ensure as a camp cult favorite.