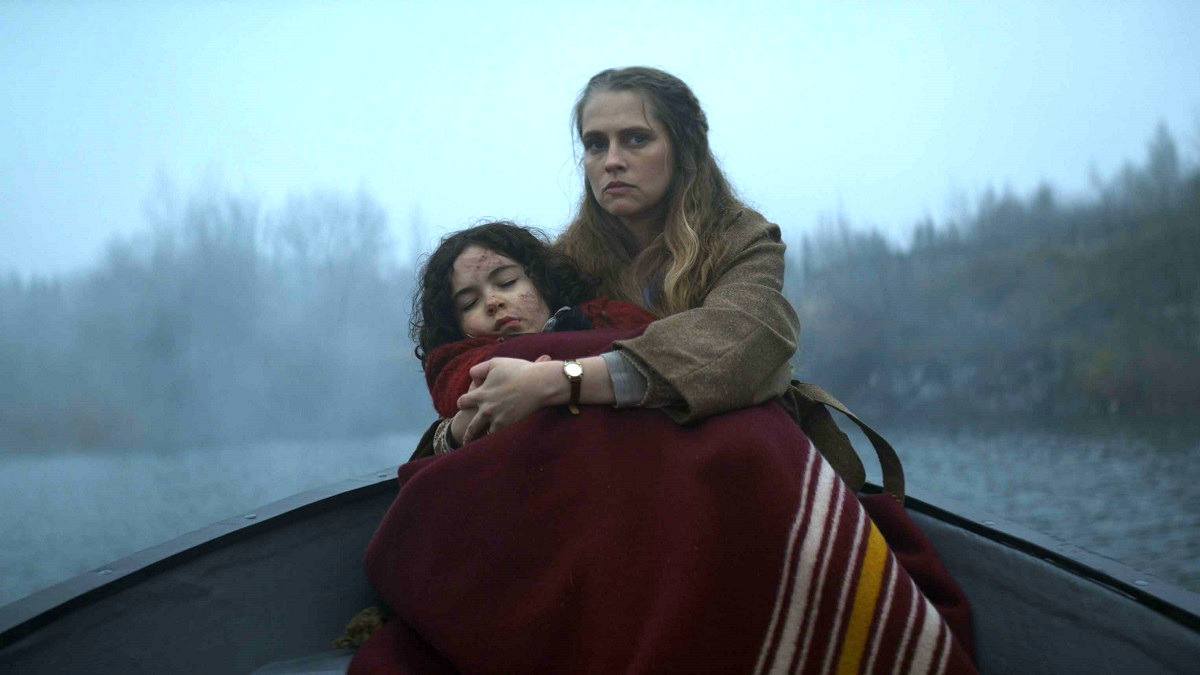 You might think you've seen it all before, but 'The Twin' thrives in upending expectations to deliver an atmospheric folk horror that's as emotional as it is terrifying.

Folk horror might be a fairly new and highly specialized category of the perennially-popular genre, but it’s already thrown up a number of great movies that take either a new or established mythology and bolt it onto the framework of an old-fashioned chiller, with lashings of strong characterization and a genuine emotional pull thrown in for good measure.

Gareth Evans’ The Apostle, Robert Eggers’ The Witch, and the Ari Aster duo of Hereditary and Midsommar fall firmly under the aforementioned definition, and we can now add The Twin to the list. The English-language debut of Finnish filmmaking duo Aleksi Hyvärinen and Taneli Mustonen, who won rave reviews and international attention for 2016 slasher Bodom, fans won’t want to miss out on their latest feature when it comes to theaters, on-demand, digital, and Shudder from next Friday, May 6.

Through their Don Films banner, the longtime friends and collaborators have forged a setup that continues yielding fantastic results through creative freedom. In the case of The Twin, the pair co-wrote the script, with Mustonen directing and Hyvärinen listed as producer. The broad strokes of the plot may sound familiar, but nothing is quite what it seems from the first minute to the last, and you’ll be left guessing just as much as the story’s key players as to how it’s all set to conclude by the end of the third act.

Teresa Palmer and Steven Cree play grieving parents trying to piece their lives together in the aftermath of a tragic car crash, which killed one of their twin sons. Determined to get away from the noise and start afresh, the couple relocate to the other side of the world with Tristan Ruggeri’s Elliot to rebuild their shattered lives. However, the youngster claims he’s in contact with his deceased sibling Nathan, and the family begins to fracture once Palmer’s Rachel attempts to unravel the truth about the malevolent force trying to exert control over her only remaining child.

If you think you’ve got The Twin figured out based on the logline alone, then think again. In fact, Hyvärinen and Mustonen are hoping that you’ll confidently assume their story hits all of the beats to be expected, only to reveal they’ve got a never-ending series of rugs up their sleeves that they’re happy to pull on. Deliberately crafted to appear timeless, to the extent that the film could have easily been made in the 1970s without having to change a thing, the invocations of Midsommar, Rosemary’s Baby, and The Omen are all by design, except nothing turns out as expected.

It’s not a standard “creepy kid” horror, nor is it a blood-soaked slasher, a tale of demonic possession, or a jump scare-laden adrenaline rush in the Blumhouse mold, despite boasting at least one element of each. And yet, it’s often unequivocally terrifying, with a lingering shot framed in the darkness, or the anticipation of something imperceptible going on in the background creating a permeating sense of dread that doesn’t dissipate until the credits come up.

Key to it all is Palmer, who is nothing short of phenomenal in the lead role. The actress is equally experienced in horror as she is drama, which makes her casting an obvious masterstroke in retrospect. A lesser performance would run the risk of signposting the twists from a mile away, but the star never devolves into predictability or formula in any of the choices she makes, and she’s the glue holding The Twin together from first to last.

It might be a supernatural thriller intended to unsettle audiences, a feat that’s comfortably accomplished, but at its core The Twin is a story about grief first and foremost. Rachel evolves from grief-stricken parent to overprotective mother, before her psyche begins to crack right in front of her husband and son’s eyes as she continues questioning why these things are happening, who keeps causing them, and whether or not the disbelieving nature of her spouse and the local townspeople has placed her in immediately grave danger.

Palmer and Cree are more than familiar with each other after co-starring in fantasy series A Discovery of Witches, and that instantly gives their relationship a lived-in believability. Sure, the Outlander alum is effectively the straight man of the piece who always remains grounded, but the chemistry between the pair means an embrace or a glance often says more than any dialogue-heavy exchanges ever could, especially when they silently pit themselves against each other over how to handle the Eliot situation.

Once Eliot begins referring to himself as Nathan, holding conversations with an unseen other and generally giving off unsavory vibes, The Twin opens up the mythological doors of its universe. There are quietly concerning locals, an old woman who may or may not know more than she’s letting on, pagan rituals, hallucinatory sequences, deals with the devil, potential murder plots, and a sense of history repeating itself in a town with more secrets than it would care to admit, but not once do things ever follow the path horror as a whole has us conditioned to believe they’ll follow.

That’s a testament to the watertight screenplay, assured direction, cinematography that luxuriates in landscapes that are every bit as haunting as they are sweeping, and top-notch performances (with a special mention going to Barbara Merten’s Helen), because you’ve definitely seen every single strand that weaves together to form The Twin at least a dozen times before in another horror flick. Even with pacing that could generously be described as languid, there’s more than enough on show to have you invested in what Hyvärinen and Mustonen have created, even with a finale that may prove to be polarizing.

Going into too much detail would head into spoiler territory, but as befitting almost every minute up to that point, The Twin doesn’t end up going as expected, maintaining its enigmatic and mysterious (yet provocatively somber) tone through to the very last shot. So-called “elevated horror” became the butt of a joke in this year’s Scream, but when it’s done right, it remains a valuable and welcome presence in the genre.

You might think you've seen it all before, but 'The Twin' thrives in upending expectations to deliver an atmospheric folk horror that's as emotional as it is terrifying.