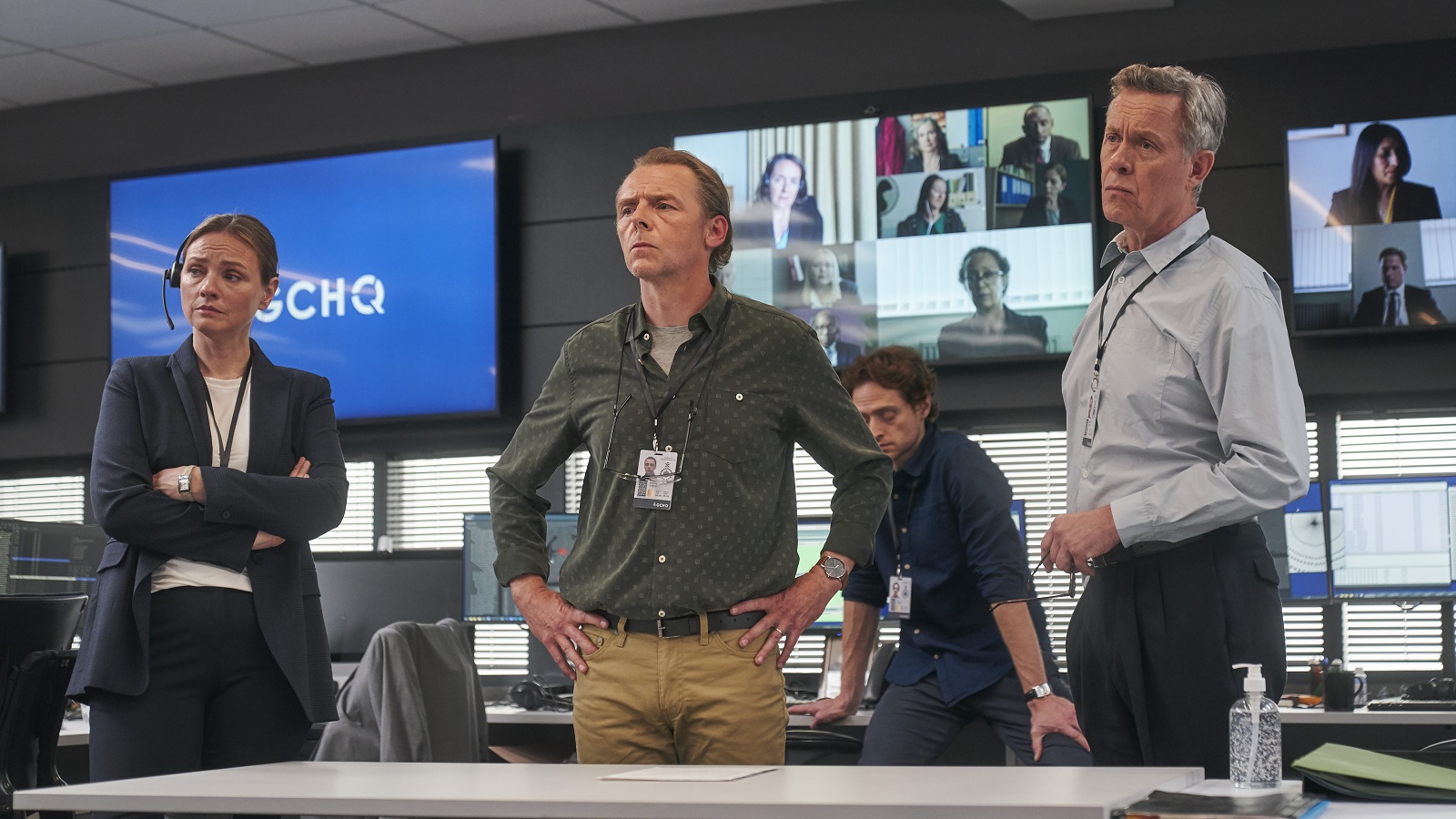 Image via Peacock
Review of: Review: 'The Undeclared War' is a perfect cybercrime thriller

'The Undeclared War' is a compulsive watch for fans of thrillers everywhere.

Peacock’s The Undeclared War, a London-based cybercrime thriller, stars Oscar winner Mark Rylance (Bridge of Spies), Mission: Impossible fixture Simon Pegg, and a fresh-faced Hannah Khalique-Brown front and center. The series not only delivers a taut psychological drama with contemporary political overtones, but does so with a visual panache that elegantly sidesteps any dialogue-drying jargon.

Writer-director Peter Kominsky, who is best known for Wolf Hall, steers his stellar cast of seasoned veterans and accomplished new faces through this drama with care. The contemporary offering hits the ground running with a dedicated attack on London-based GCHQ (Government Communications Headquarters), rendering the United Kingdom helpless.

Kominsky is careful in these first two openers to really allow the characters time to establish themselves. Although this is a fraught situation with global ramifications, scenarios never feel contrived and escalations in drama rarely reach the ludicrous. He also maintains a delicate balance between professional crisis and personal responsibilities, meaning that anything which happens to Saara never pulls audiences out of the moment.

What lifts The Undeclared War above a world-ending archetype and onto another level comes down to a combination of cohesive elements. Khalique-Brown’s Saara may well represent the beating heart of this thriller alongside Rylance as John Yeabsley, who brings so much to his supporting role through considered stasis that he is able to communicate the emotional cost that comes with working for GCHQ.

Similarly, Khalique-Brown carries the burden of Saara’s conflict between personal and professional accountability with consideration. She displays an emotional range over the course of this series which adds genuine depth to her portrayal of an exceptional woman torn between balancing her cultural identities, where family expectations always outweigh professional responsibilities, irrespective of circumstance.

The Undeclared War is also an opportunity for Pegg to shine as Danny Patrick, which some critics have unfairly described as Benji Dunn without the comedy chops. In the eyes of this critic, at least, this sounds like an easy out for writers reaching for comparisons to fill column inches. Gone are the days when this actor was only considered in relation to certain material. He has outgrown the ‘Cornetto’ trilogy and elevated to movie star status thanks to Mission: Impossible.

What some people may fail to appreciate is how easy Pegg makes it all look. Maintaining your place in an industry defined by competitive egos and opportunists, he has prevailed and stuck a perfect balance between large and small screen outings. His name now comes with a certain degree of reassurance when it comes to quality, which continues here in The Undeclared War.

Pegg now has a presence as an actor that feels comforting. As boss, confidant, and head honcho of cyber security, Danny’s exchanges with Saara are reassuringly paternal, enabling Pegg to lace their on-screen moments with pathos, even as the United Kingdom comes under cyber fire. Rylance repeats the trick, also coming onboard for surrogate duties as Saara looks for stability in her world during this time of crisis.

Aside from these perfectly pitched performances, which meld this morality play together, The Undeclared War also unleashes a seismic twist to keep things interesting. The turn of events not only calls into question everything audiences might have assumed in those opening episodes, but also brings something new to the table just when the series threatens to become formulaic, switching it from character study into a fully-fledged political animal at a crucial point.

As far as originality is concerned, The Undeclared War certainly feels fresh. There is obviously a certain amount of formula which must intercede at various points, but ultimately this remains an intriguing proposition from start to finish. The series is not only setting itself up for potential Emmy nominations next year, but confirming Hannah Khalique-Brown as one to watch in the future.

Review: 'The Undeclared War' is a perfect cybercrime thriller

'The Undeclared War' is a compulsive watch for fans of thrillers everywhere.