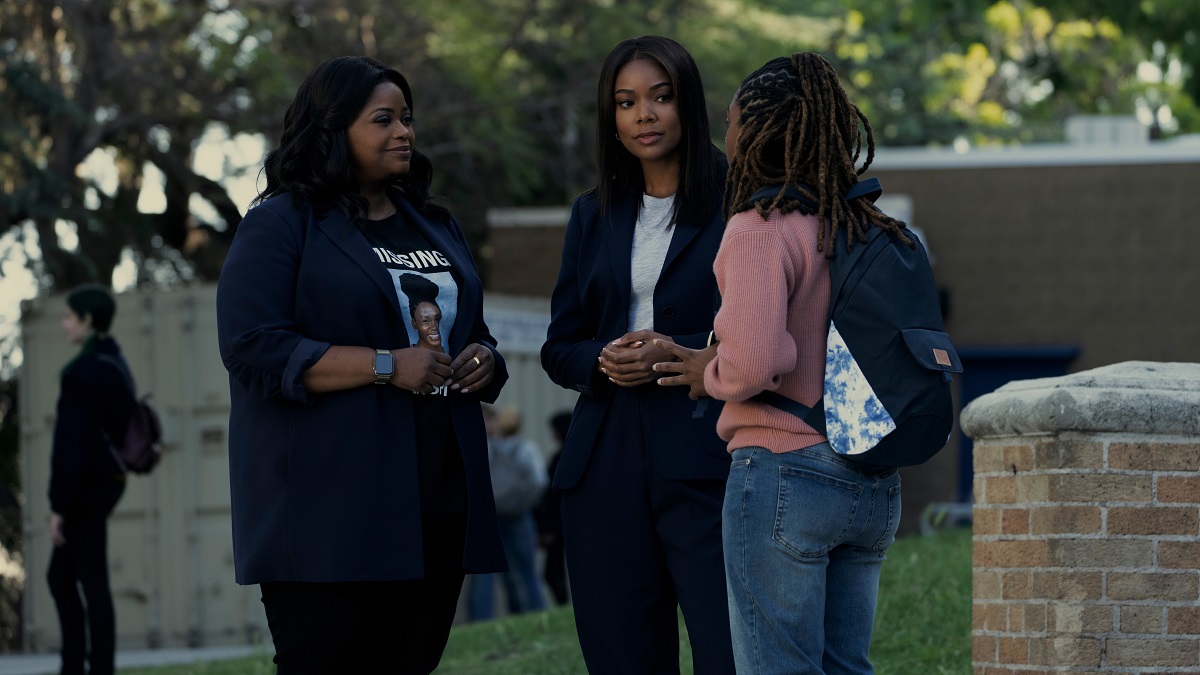 Inspired by the novel Are You Sleeping by Kathleen Barber, police procedural and podcast private eye hybrid Truth be Told has consistently delivered from day one. With the Oscar winning Octavia Spencer embodying Poppy Scoville-Parnell, this family drama has remained compelling for two seasons now. That the show also had some top tier support from the likes of Aaron Paul (Breaking Bad) and Kate Hudson (Almost Famous) has also made it much more than merely a star vehicle.

With all the gravitas audiences would expect from such an established series, Truth Be Told digs deeper this season as Poppy dives into the sordid world of sex traffickers. With returning cast members Ron Cephas Jones (Leander ‘Shreve’ Scoville), David Lyons (Detective Aames), and Mekhi Phifer (Markus Knox) amongst others – episode one kicks off with two disappearances.

However, what draws the attention of Poppy and her community connections is where the Oakland police department decides to put its focus – which comes down to skin color rather than criminal act. What separates victims Drea Spivey (Nia Sondaya) and Emily Mills (Jane Widdop) goes beyond their ethnicity, though, and gets strategically exploited for political purposes. Beyond the investigative elements and progressive character beats which make up Truth Be Told, that is where audiences need to look for more depth.

The father/daughter dynamic that gives credence to encounters between Poppy and Leander only serves to justify audience reactions on this topic – which in turn taps into universal truths as experienced by any parent. As Poppy and Aames dig more deeply into the reasons why these girls are compelled to acquiesce, whether that comes down to a need for social acceptance or adolescent inexperience is when things gets more interesting.

School principal Eva (Gabrielle Union) adds another intriguing puzzle piece, as she is inherently connected to both the wider community and the girls through her educational role. What this gives Poppy is another avenue to explore, when it comes to establishing why these teenagers disappeared to begin with. With Leander also attacking the issue at ground level, by tackling the motives of a high-profile politician in Andrew Finney (Peter Gallagher), season 3 genuinely tries to cover all dramatic bases.

With interpersonal squabbles expanding on Poppy’s life beyond her podcast, this contentious issue soon embroils close friends and family, which in turn adds additional resonance to the season. However, this may allow the show to broaden its dramatic canvas, but unfortunately these narrative choices take Truth Be Told into formulaic territory. As much as this is understandable, since any drama relies on the persistent application of friction, on this occasion it takes away from the impact achieved elsewhere.

However, there is no denying how grounded everything feels, from dialogue encounters through to those more unsavory details which add that all important sense of reality. What Union brings in those early episodes as Eva, is a combative dynamic which compliments Spencer’s laid-back demeanor. Crossing the line between designated educator and concerned citizen, Eva is confrontational because her best means of defense is offense.

It’s a characteristic which is commonplace amongst those people who wish to maintain their privacy, since the assumption is that someone that open and honest has nothing to hide. This misconception sits at the root of Eva as a person, since she conceals so much for the sake of professional acceptance, which would otherwise be challenged should anyone reveal her truth.

As the series progresses and personal, professional, and community issues collide, Truth Be Told cranks up tensions further when teenage fatalities further cloud the judgement of those involved. Throughout these moments and beyond, Spencer creates a truly formidable foundation around which everything revolves. Not only ensuring that this series rarely drifts into cliché, but also stays true in its dramatic exploration of sex trafficking full stop.

For that reason, amongst many others, there is a great deal to entertain in this Apple original. With endless amounts of choice for audiences on a global scale, this premium streamer continues to excel in producing challenging shows, which seek to promote debate and nurture conversation.

In a riveting third season, Octavia Spencer's Poppy Scoville takes a deep dive into the issue of sex trafficking in America. Aided and abetted by a cast including Gabrielle Union, 'Truth Be Told' remains an engaging watch.