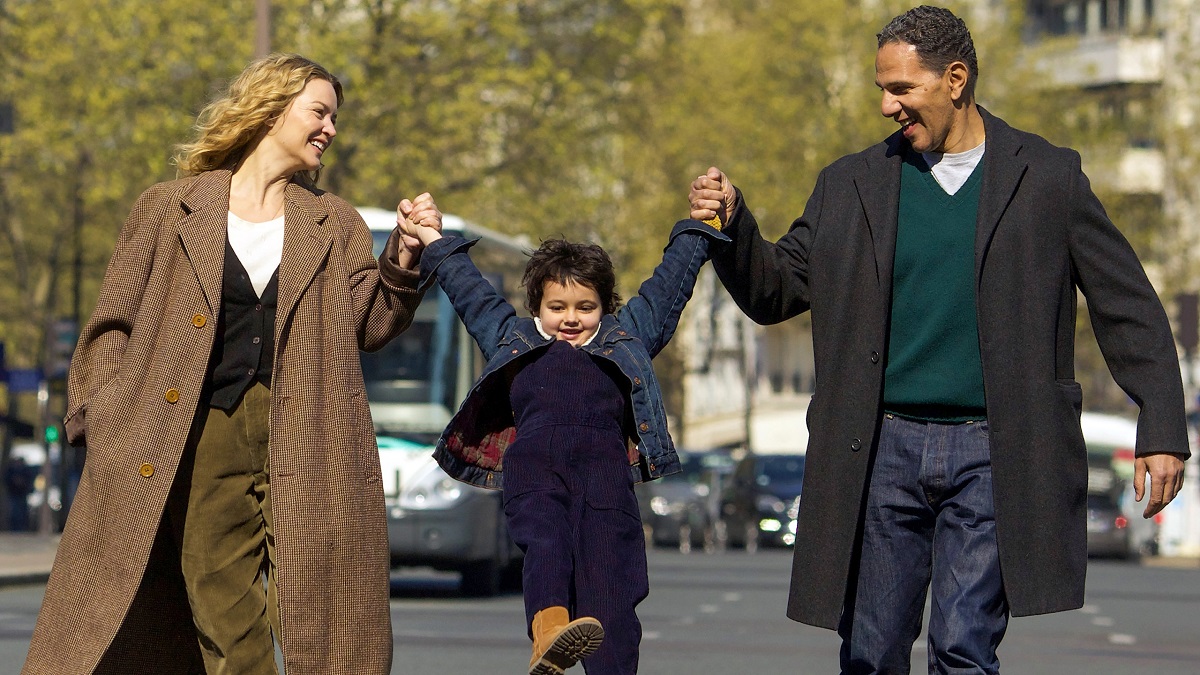 Other People’s Children is a rom-com from French writer director Rebecca Zlotowski, which will reignite lost loves, seep into the pores of cynics, and convince the Sundance faithful that passion after parenthood need not be a pipe-dream.

Much of that magic trick is effortlessly pulled off on screen by effervescent leading lady Virginie Efira, who plays secondary school teacher Rachel Friedmann. Separated from Paul (Sebastien Pouderoux), her partner of eight years, she meets and begins falling for Ali (Roschdy Zem). He in turn co-parents his daughter Leila (Callie Ferreira-Gonvales) with ex-wife Alice (Chiara Mastroianni), who each take it in turns to pick her up from judo.

They meet through their mutual appreciation for guitar, which they are both trying to learn. Their easy chemistry – combined with a sparkling script from Zlotowski – not only takes the pressure off audiences to emotionally connect, but neatly sidesteps a genre staple as events move effortlessly on. As they drift from one romantic segue to another nothing feels forced, as Ali and Rebecca continue to simply fall in love.

For fans of traditional rom-coms Other People’s Children will feel distinctly different, as there is no apparent meet-cute combo, no obstacle to happiness which feels contrived, and ultimately no big payoff which justifies the emotional investment. Together Ali and Rachel are simply finding their way in love, whilst dealing with Leila’s initial rejection, and Alice’s amicable introduction without missing a beat.

This refreshing approach, which circumvents convention in favor of observational storytelling, means that Other People’s Children gets under your skin and stays there. Trials and tribulations which are merged into this deceptively complex narrative, touch on the innate predisposition of women to procreate, as well as addressing that more overtly in a social sense. Headliners Zem and Efira convey these topics seamlessly throughout their respective performances, while Ferreira Goncalves completes the equation by upping the cute factor as Leila.

However, where it really pulls the rug out from under audiences is in its low-key denouement. Rachel and Ali may have disagreements and these may be resolved in a convincing fashion, but the understated conclusion of Other People’s Children feels so real it might not be fictitious.

It speaks to parents around the world who have had to make similar choices, when it comes to matters of the heart. From the perspective of a single parent, if a prospective partner is rejected by their children, then the connection they feel is doomed to failure. Similarly, should an emotional upheaval bring parents back together unexpectedly, then those people need to try again for the sake of their little ones.

This might not make for good cinema, or seem particularly dramatic for Hollywood purposes, but in the context of Other People’s Children it hits home hard. There is an emotional maturity which comes through in conversations between Rachel and Ali in those latter stages, that resonant far beyond the confines of this fictional world.

In a crucial scene played between Virginie and her young charge there is no sugar coating, as Rachel and Ali decide to part company. Although compassionate, Leila is told the truth from an adult who is trying her best to walk away clean from someone she still loves dearly. There is no subtext, no subterfuge, and no audience manipulation taking place in this moment – just a situation drawn from life delicately conveyed through character.

Other supporting players outside of our central trio include Yame Couture as Rachel’s sister Louana, as well as Michel Zlotowski who plays patriarch to them both. Each one offers some grounded character contributions, as well as sarcasm in spades to counterbalance any hint of romance which might otherwise overwhelm the story.

In an industry defined by formula, increasingly dictated to by committee, and overseen by bean counters seeking to make as much money as possible – Other People’s Children seeks to buck the system. Sticking to storytelling conventions, yet intentionally layering them with more than a modicum of truth, Zlotowski has made something honest.

No tricks, no manipulation, and more importantly no need to over-egg the pudding – this Sundance entry deserves all the attention it can get.

As complex as it is compassionate, 'Other People's Children' features standout performances, and no end of nuance. For the incurable romantic and cynic in equal measure, this film deserves to be seen by a big audience.