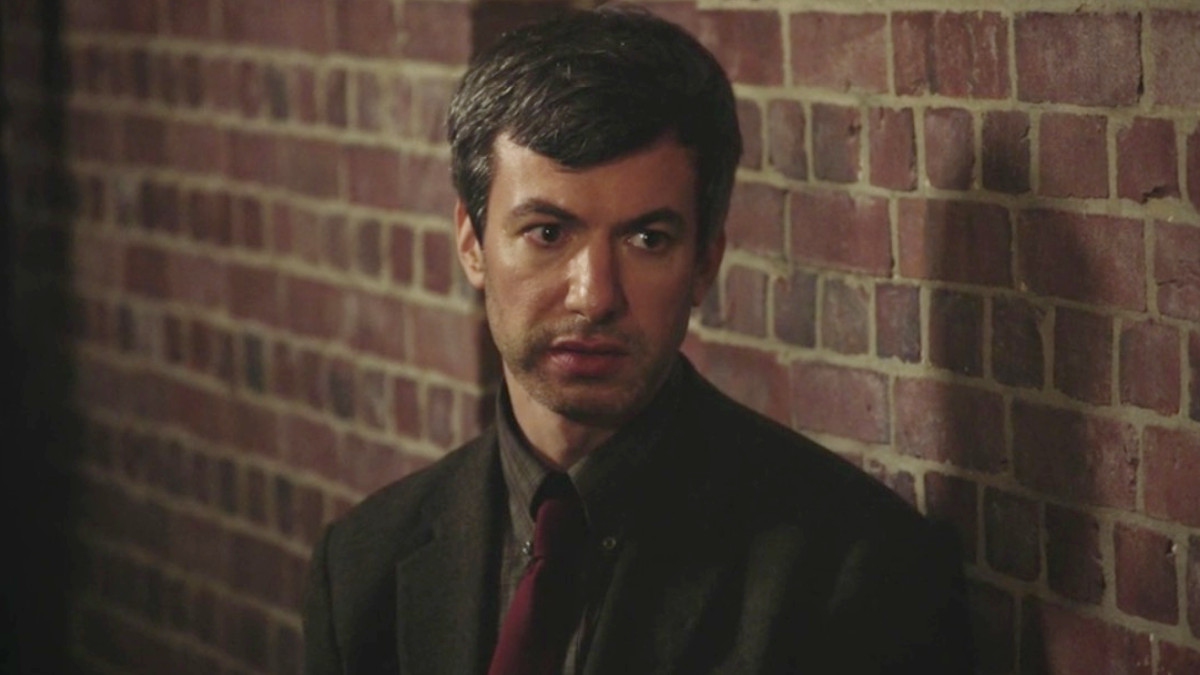 Image via HBO
Review of:

At one point in the premiere of The Rehearsal, Nathan Fielder’s latest for HBO, a 50-year-old teacher from Brooklyn named Kor Skeet compares Fielder to Willy Wonka. “Wasn’t he a bad guy?” asks Fielder. “Well, he did some questionable things,” responds Kor. “He’s a dream maker, and you’re making some dreams happen for me.”

“But kids died in the factory?” Fielder presses. He eventually agrees to revisit the book.

It’s an apt comparison for The Rehearsal, which Fielder says he got the inspiration for while working on his Comedy Central series, Nathan For You, which aired for four seasons from 2013 through 2018. In the former series, Fielder played a sort of business guru who ostensibly sets out to help struggling small business owners by presenting them with absurd and elaborate schemes. In doing so, the comedian was able to not just push the boundaries of what otherwise-reasonable people were willing to go along with, but gets them to reveal oftentimes-disquieting things about themselves — such as a convenience store owner who admitted to drinking his grandson’s pee, or a hammered bar patron who bragged about having threesomes with his brother.

Fielder says that working with real people sharpened his ability to predict human behavior, a skill he now wants to impart to others to help them work through challenging aspects of their life by allowing them to rehearse in a simulated environment. However, the concept also lends itself to the 39-year-old wading into some pretty murky ethical and moral territory. Not shockingly — those who found Nathan For You to be a difficult watch are probably not going to be fans of The Rehearsal.

To simulate these eventual real-world experiences, Fielder builds painstaking sets based on the situation for which the subject will need to prepare. In Kor’s case, this amounts to a little white lie he told his bar trivia group over a decade prior about having a master’s degree, which is now coming back to haunt him as one member of the trivia group named Tricia (who is evidently prone to “violence”) keeps sending him job listings that require a graduate degree. Terrified of her reaction, Kor agrees to Fielder’s experiment.

But does he, though? Initially, Fielder reveals to Kor that his proposal was likewise rehearsed by Fielder, who sent members of his team dressed as city gas workers to create a digital map of Kor’s entire apartment, which they then used to recreate a realistic model of in a warehouse, and hired an actor to play Kor’s part. This in itself represents a huge breach of trust, not to mention a gamble of HBO’s resources. And even beyond this meta-scenario, Fielder keeps pulling the strings behind the scenes without Kor’s knowledge.

For example, when Fielder invites Kor on a trip upstate in an attempt to get him to open up about his relationship with Tricia, everything is meticulously staged. First, he puts blanks into guns on a skeet shooting outing in hopes that the two men will bond over how bad they are at the sport. Later, in the hotel pool, Fielder shockingly brings up his own real-life divorce in an attempt to get Kor to let his guard down, but hires an elderly swimmer to come interrupt them before he’s prompted to share more.

But the biggest betrayal occurs when Fielder realizes the flaw in his plan. During the rehearsal, which will take place on trivia night, Kor’s nerves throw him off his game. And because he and Tricia take bar trivia very, very seriously, he doesn’t want to risk losing and making her even angrier with him. “I mess up a good trivia night, and I lie to her,” he says. To ensure that Kor will know all the answers and give him a boost of confidence, Fielder comes up with an elaborate plan to cheat by feeding him the trivia answers organically without his knowledge.

And yet, the plan works! After confessing to Tricia, who doesn’t even seem particularly bothered by the confession, the two grow closer and even take their relationship beyond trivia night. But the final scene provides a chilling postscript, and also blurs the line of Fielder’s Andy Kaufman-esque persona.

Knowing that Kor will understandably be upset about the cheating deception, Fielder takes him aside to apologize. But in a twist, it’s not Kor but the actor from the earlier simulation, who quite honestly, probably captures what the real reaction would be.

“I appreciate your motivation, but you’ve tainted, you’ve ruined the whole thing for me,” the actor tells him, pointing out that everyone is going to see him on TV and think he’s a fake. “You know how important this was for me? This is a mistake, and you fucked this all up,” he adds. “You’re an awful, awful person.”

He nods, looking ashamed of himself, as “Pure Imagination” by Gene Wilder begins tinkling over the scene. When it cuts to the real Kor, however, Fielder’s confession to Kor is that he’s “a great guy,” who thanks him for the compliment.

The entire exercise is complete psychopath shit, for lack of better words, and honestly says more about Fielder than any of his marks. But it also makes for engrossing television — if you can stomach it.