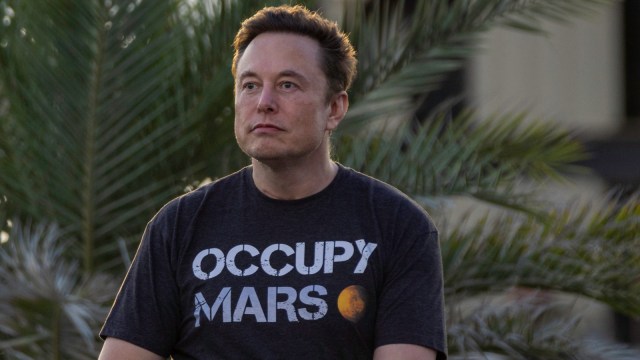 Will the Elon Musk saga ever end? All experts on the subject say, No! Ever since he acquired Twitter, he has been aiming for stoking fires instead of putting them out and recently added a US Senator to the list, which has people concerned about what it could mean for the billionaire’s future.

At the moment, Twitter is playing host to a variety of parody accounts and people taking on others’ names complete with the official blue checkmark thanks to the billionaire’s mandate of acquiring the previously hard-earned sign of verification for $8. Recently, US Senator Ed Markey raised a complaint about another account impersonating him and demanded Elon Musk’s immediate attention on the issue while highlighting how his greed for earning more money has turned Twitter into a hotbed of misinformation.

Instead of giving a professional response, Musk chose to continue his latest trend of mocking responses.

One comedian pointed out the date on which Markey expected a response. Elon Musk has the capability of time travel, or at least he should by now. The man sends rockets to space and makes electric cars. If he can do all that, why can’t he go back in time 20 years and address the issue if he felt so inclined to meet Markey’s deadline of November 25, 2002?

Of course, sarcasm goes both ways. Trying to establish Twitter as a legitimate company and mocking a US Senator at the same time is a parody in itself of sorts. It’s all just fodder for the comedic imagination to devour and this one nailed it. “You’re killing it,” is literally the most on-point statement to be made about this whole fiasco.

Of course, the obvious has to come out eventually. Elon Musk does have people he has to answer to from time to time. Might that be Markey himself? Hmm…one has to wonder.

Will this spark an investigation? Musk should be wondering if he just stepped into it or if this is just another daily problem. Too many twits are letting him know that he just might have ignited a fire that could burn his whole house down. Of course, billionaires like him think they’re too big to fail.

The twits are really on him about it. In fact, because Twitter is so strong and Ed Markey has made that clear with his concerns about his account impersonation, they just might have a point. Will Musk listen? That remains to be seen.

If enough people say it, will it finally sink in? The business magnate can go down just like any giant in this world. Does “Jack and the Beanstalk” ring a bell?

Being smart doesn’t mean you can’t do something stupid. Doing it over and over might mean the education system should probably reevaluate its numbers.

Elon Musk is not customer service. That point is very clear and he makes it clear because those phones ring and he doesn’t answer. He just catches attitude on Twitter itself and thinks that will be that.

Are the twits that serious? Should Elon Musk take Senator Ed Markey seriously or should he just keep being him, dismissive of everyone’s feelings? This and more in the next episode of The Elon Musk saga that continues to ravage headlines every day.