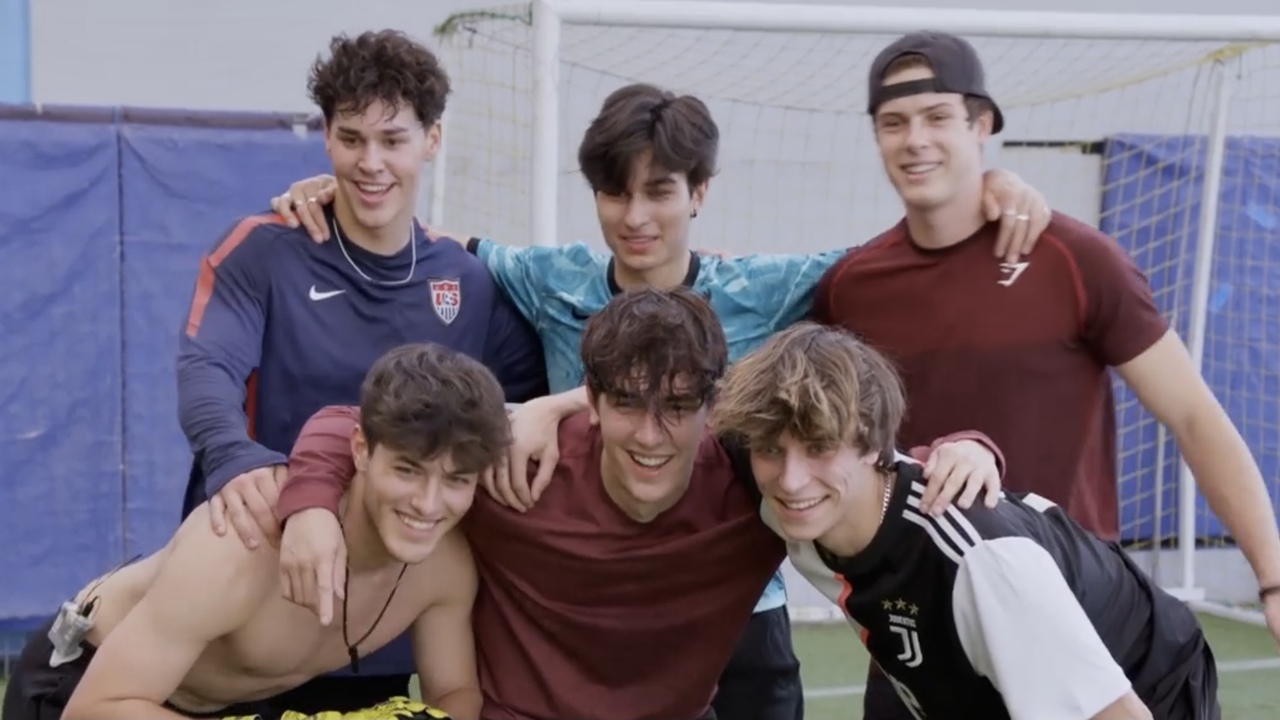 In Jan. 2020, before any signs of the pandemic, a group of young, male social media personalities came together to form Sway House, a Los Angeles creative collective that consisted of nine members. Each of the members had gained a significant following on TikTok and dedicated their time to churning out content on the platform.

Sway House was one of the several TikTok houses formed in 2020 for famous content creators on the platform and was formed by TalentX Entertainment. The collective disbanded in 2021 for a number of reasons, including each member having a signature scandal attached to their name, as well as beef between the members and another TikTok collective, Hype House.

Whatever the reason for the disbandment, Sway House did succeed in plummeting these controversial TikTok stars to more fame. So here’s a chance to get to know the nine members a little more.

Bryce Hall is one of the founding members of Sway House, and the unofficial leader of the group. He is a famous TikTok and YouTube personality who has had a strong online presence in recent years, with over 21 million followers on TikTok, and three million subscribers on YouTube. Born on Aug. 14, 1999, the 22 year old started his social media career at age 15 when he opened up his YouTube channel.

He was selected to join Sway House in 2020, where he stayed on for one year before it was discontinued. The Maryland native also has a string of controversies attached to his personality, and is considered an amateur boxer, after an organized fight with YouTuber Austin McBroom took place on June 12 in 2021. Hall is the co-founder of Ani Energy with fellow Sway House member, Josh Richards.

Josh Richards is the co-founder of TalentX Entertainment, Sway House, and Ani Energy, the latter of which he founded alongside Bryce Hall. The Canadian social media personality was born on Jan. 31 in 2002 and has established himself as an entrepreneur, actor, producer, and host.

Richards also serves as the chief strategy officer of the video sharing platform Triller. With 25.6 million followers on TikTok and multiple sponsorships under his belt, Richard was ranked as the fourth highest-earning TikTok personality in 2022 by Forbes.

Born on Feb. 8 in 2001, Hossler is a popular TikTok personality who was invited to join Sway House after building a dedicated following in a short amount of time. Initially known for his comedy skits on TikTok, Hossler eventually left Sway House after a few months in May 2020 in order to focus on his music.

His following has continued to grow since then, and currently stands at over nine million. In Feb. 2020, he released his debut single “Comatose” which led to his joint deal with Travis Barked’s DTA Records and Electra Records. His debut album, Tell Me About Tomorrow was a moderate commercial success, landing a spot on the Billboard 200 charts at the 95th position.

Video creator and TikTok star, Kio Cyr became famous on the platform for his recurring videos where he gives “the look”, as well as his lip-sync videos, challenges, and transition edits. Born Sept. 5 in 2000, Cyr has amassed over nine million followers on TikTok.

He and Josh Richards were the only Canadians in the house, and it was Richards that reached out to him to join. He owns the brand Lacuna Apparel. The 21 year old star also used to be a competitive soccer player and previously dated model and fellow TikTok personality Olivia Ponton in 2020.

Noah Beck’s popularity has grown significantly on TikTok since the mandatory quarantine in 2020. His videos which included comedy skits, dancing, sports and fashion content led to his large following of over 33 million followers. He has been in a relationship with fellow TikTok star, Dixie D’Amelio, which has jointly boosted their online fame and presence.

In 2019, Beck played the midfield position for the Portland Pilots men’s soccer team. He was contacted by Blake Gray to join Sway House, and has expressed interest in becoming a Hollywood actor, enrolling in acting classes in 2021. Beck was nominated for the category of Global Creator at the MTV Millennial Awards in 2021.

Popularly known as LuvAnthony, the 21 year old first gained popularity in 2016 on Instagram before kicking things off on TikTok with his lip-syncing and duet videos. He has acquired over 10 million followers on the video sharing platform. He has a YouTube channel but rarely posts on the platform, with just four photos since his debut in 2019. He began dating fellow TikTok star Avani Gregg in March of 2020.

Born on Sept. 8 in 2003, Griggs was the youngest member of Sway House during its run. He gained popularity on TikTok for his lip-sync and dance videos, boosting his following to over six million. Besides TikTok, Griggs is a musical artist who performs under the name QVE. His debut single “Chaos” was released in 2021. He also chose to leave Sway House early, in an effort to maintain his brand due to the numerous controversies and scandals that plagued the members of the house.

Sway House’s oldest member, Griffin Johnson was born on Jan. 13, 1999 and grew to fame on TikTok with his viral comedy videos. He’s also known for his vlogging content which has earned him over 10 million followers and 500 million likes. Johnson is not only a TikTok star, he is also a nursing student at Indiana State University and has released several singles. He also has acting credits from starring in the television series, Attaway General and released his own merchandise which includes hoodies, sweatshirts, and tees.

Gray was only an unofficial member of Sway House at first, but is still widely considered to be one of the house’s founding members. With almost 10 million followers on his TikTok account, Gray became a member sometime in June 2020. The 21 year old Texas native boasts 10 million followers on TikTok, and over 400 million likes, as well as over five million followers on Instagram. He has been active on social media since 2015 and has modeled for Ralph Lauren alongside his girlfriend Amelie Zilber who he has been dating since 2020.