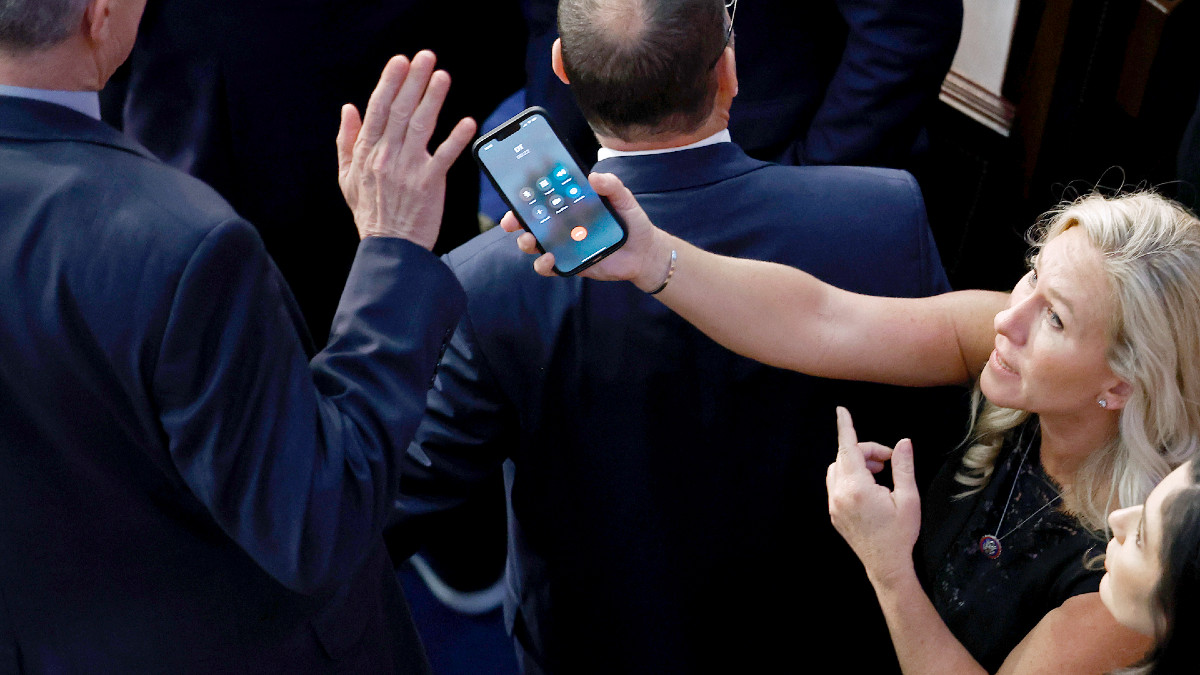 Rep. Kevin McCarthy (R-CA) was finally voted in as Speaker of the House on Saturday, after 15 votes and no shortage of pushback from the far-right members of the Republican party. And seemingly no one could be more happy about it than Rep. Marjorie Taylor Greene (R-GA), even as her colleagues in the so-called Freedom Caucus were instrumental in holding up the vote for as long as they did.

And on McCarthy’s first day on the job on Monday, the 48-year-old congresswoman did an ill-advised victory lap on Twitter with an extremely tone deaf video which inexplicably sampled the 1999 Dr. Dre song “Still D.R.E.,” featuring fellow rapper Snoop Dogg.

“It’s time to begin … and they can’t stop what’s coming,” Greene tweeted, along with the nearly two-minute-long clip.

In the video, Greene is seen leaving her office and walking through the halls of the U.S. Capitol building, like the gangsta she evidently very much thinks she is, as the opening notes of the song play over her.

The footage then cuts to the House floor as the vote was called for McCarthy, in which Greene can be seen holding up her phone with the initials “D.T.” on the screen to fellow Freedom Caucus member Rep. Matt Rosendale (R-MO). Rosendale was among the fringe members of Congress who voted “present” on the 15th ballot, after previously having refused to vote for McCarthy.

The video concludes with Green’s now infamous selfie with McCarthy following the vote to install him as Speaker of the House. “Congratulations, Mr. Speaker!” she tweeted, sharing the photo on Saturday.

But between Greene’s own role in frothing up the extremist members of her party, not to mention using a rap song — considering her own ties to the white supremacy movement — her video was not exactly well-received on the platform. But despite the obvious hypocrisy, most people were just mortified by the absolute cringe factor of the whole thing.

“This is like a Michael/Dwight video from The Office,” tweeted writer John A. Daly, not inaccurately.

Others pointed out the obvious copyright infringement in the video, which has yet to be taken down from Twitter — most likely due to more pressing issues on the platform.

For his part, Dre has since made it abundantly clear that he is not OK with Greene using his song. “I don’t license my music to politicians, especially someone as divisive and hateful as this one,” the rapper told TMZ. But for now, at least, it’s still live on the platform.