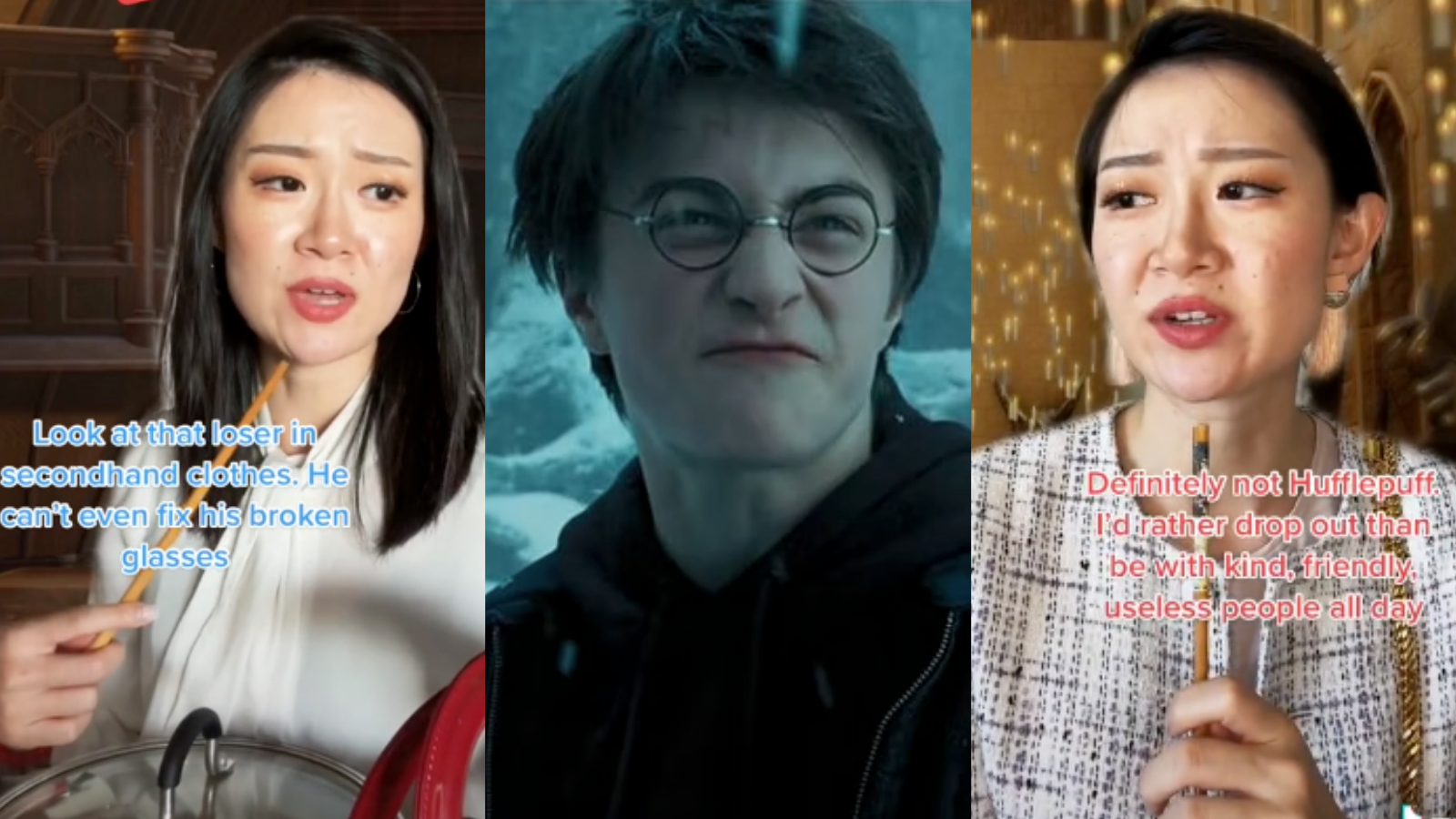 A new TikTok series going viral has mashed the seemingly distant worlds of Harry Potter with Crazy Rich Asians together. Featuring two, rich mean girls about to attend Hogwarts for the first time, dragging each other and our beloved Harry Potter characters.

TikTok user ameliewenzhao shared two videos that feature two students attending Hogwarts for the first time. Both of them come from rich backgrounds and are constantly bragging about where they got their wands (Gucci, Prada) and school supplies. The video ends where the two talk smack toward an unnamed Harry Potter character.

While the video is in Chinese, English subtitles have been provided to help aid those who don’t understand what’s going on.

Since the first video was released, it reached over 1.2 million views and has over 226k likes and 800 comments. Viewers were shocked that they dragged Harry and are keen to see more.

Since the video reached overnight success, ameliewenzhao released part 2. The video marks the return of the two students, as they bond about where they’d like to be sorted, while also causing more carnage towards each other and another unnamed character that most viewers recognized. The video currently sits on 32K views with more than 6K likes.

Viewers enjoyed this part two and are excited to see more, even giving suggestions and what they’re keen to see more of in part 3.

Ameliewenzhao said, in the comments, that this will be an ongoing series so expect more tea and carnage. The creator hinted that the two girls will be dragging Draco Malfoy through the mud even more in part 3, so bring out the popcorn and the butterbeer as more drama ensues in the world of magic.