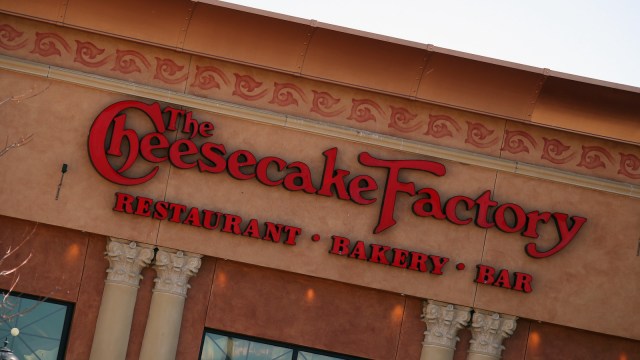 Doubtless of your opinion on chain restaurants, you’ve surely at least heard of these three. A recent viral tweet has inspired many internet arguments about the impact of social media on The Cheesecake Factory, Olive Garden, and Red Lobster. As it turns out, many people have strong opinions about these restaurants, especially The Cheesecake Factory.

All three restaurants have generally poor or mid reviews on websites like Yelp or Google but they still have long waits and crowded tables. One twitter user called out the hypocrisy.

Regardless of your own personal feelings on whether the restaurants are good, bad, or somewhere in between, we’ve decided to share our own rankings.

Honestly, Red Lobster isn’t that much worse than the other two restaurants but those cheese biscuits are not good enough to motivate us to come here more than once every decade. It’s not that affordable either; it’s around $40 for a lobster dinner at Red Lobster and that’s comparable in price to an actually good lobster from a real seafood restaurant. Sure, they have unlimited shrimp for $15, but even that isn’t enough to bump this seafood chain up a place in our list. Beyoncé might be a fan, but in our opinion, Red Lobster is just okay at best.

And without further ado, our number one pick is…

The Cheesecake Factory has long waits for a reason; the food is GOOD. Is it fine-dining? No, but you’re gonna get some good food and some delicious cheesecake after and you will leave happy. The food can get a little pricey here and it can get busy at peak dining times, but it’s a good place to bring your friends or family. We award bonus points to the Cheesecake Factory because you don’t even have to commit to a meal; you can stop by and just enjoy some cheesecake. The Cheesecake Factory is a classic chain restaurant and there’s a reason you see these in every city.