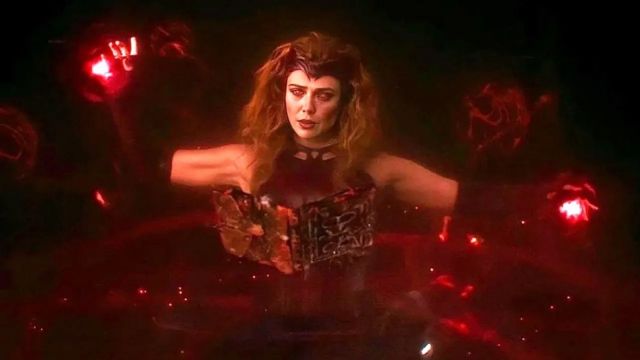 Marvel fans can’t get over how stunning Wanda Maximoff, aka the Scarlet Witch, was since the reveal in Phase four of the MCU. So much so that one Scarlet Witch enthusiast blew fans away with the accuracy and detail of her cosplay. Spoiler alert: this cosplay was all made from scratch.

Reddit user u/Mads_five shared their cosplay of the Marvel superhero on r/MarvelStudios. Not only was the bodysuit accurate in detail but their copy of the Darkhold would make viewers convinced that it was the real deal. The cosplay looked so professional, to the point where it could have been produced by Marvel themselves.

Fans who saw the post were impressed with the high attention to detail and that it’s “one of the best MCU cosplay” they’ve seen on the subreddit. Others also believed that they nailed every single detail, including the makeup, to the point where some have mistaken OP for Elizabeth Olsen.

One piece of the cosplay that captured the fans’ attention was the Darkhold. Over on Instagram, she revealed that the Darkhold seen in the post was created from scratch using EVA foam and clay. This cosplayer made sure that their Darkhold is close to accurate as possible, also including tiny details like text and symbols in the pages.

Mads_five has previously shared multiple high-quality cosplays, and the Scarlet Witch was her most recent work. This cosplayer has dressed up as different characters from other franchises, such as The Legend of Zelda, Elder Scrolls, and Doom. Fans will get the opportunity to see Mads_five in person as she announced that she will be a guest cosplay judge at this year’s MCM in London on Oct 28 to Oct 30, 2022.