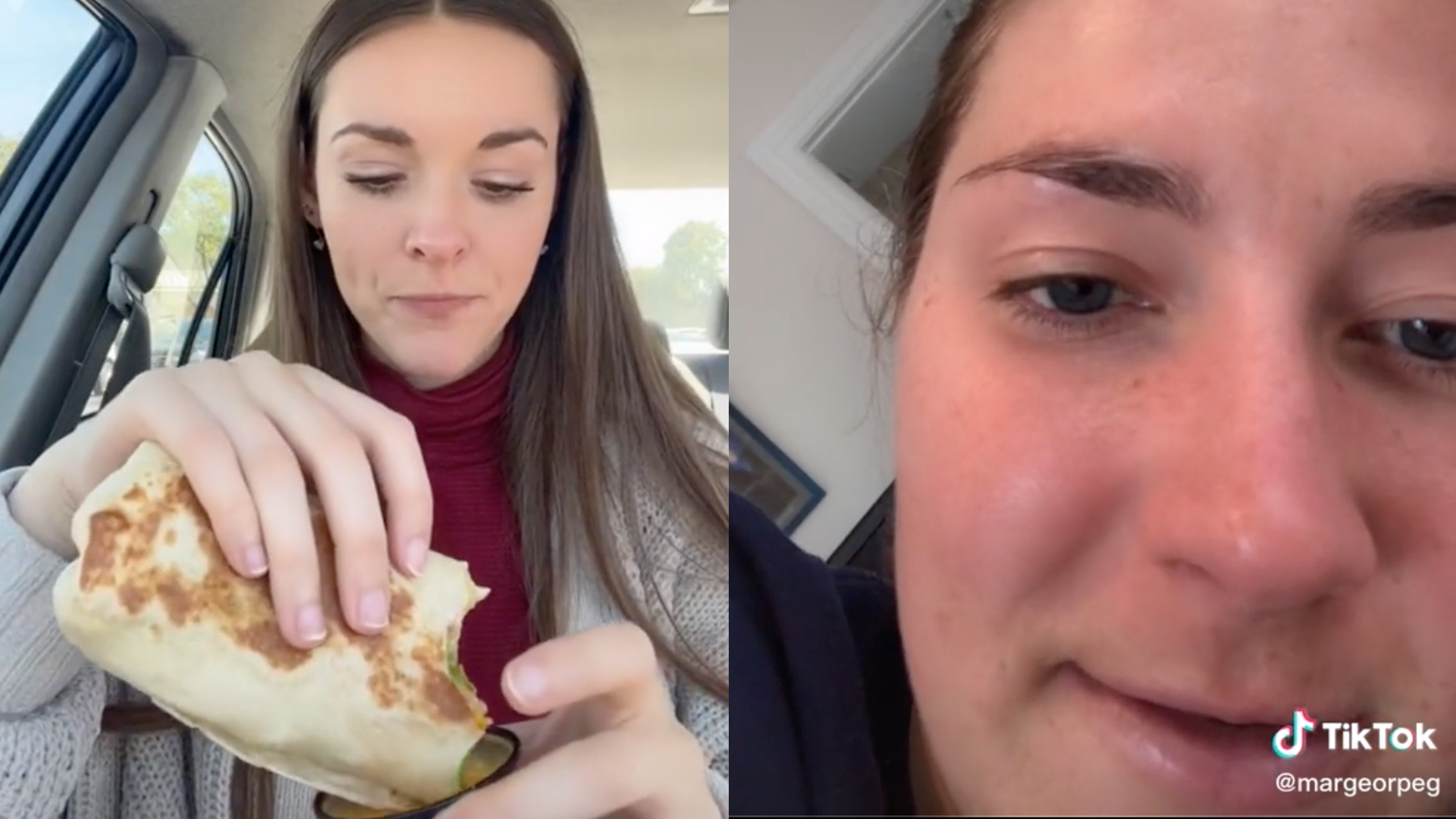 A new favorite TikTok sound has become the unofficial sarcastic response on the platform.

A sound that is broadly described as the “crazy girl” audio is soundtracking thousands of videos as users lean on what was initially an innocuous sound to highlight all the “crazy” moments in life.

It all started with a flawlessly sarcastic stitch in response to a late March upload from foodie Nicole Elizabeth. The TikToker’s account is absolutely littered with videos of her sampling food, but none are nearly as popular as her March 29 Taco Bell experiment.

Back in March, Elizabeth decided to take a major risk while enjoying her Taco Bell order. Rather than down her burrito bare as usual, she switched things up. Noting that “I might regret doing this,” Elizabeth made the bold decision to dip her burrito in the nacho cheese sauce that typically comes with nacho fries ⏤ a decision that surely no one else has ever made.

Even before a stitch roasting her “risky” idea went viral, commenters were teasing Elizabeth for making the decision sound like a daring one. Comments from the video’s 6.4 million viewers rag on Elizabeth’s “brave” flavor combination, jokingly wondering why the creator would “do something so controversial yet so brave.”

For more than a month now, viewers have been joking about how they’ve “never seen something so crazy and extreme in my life.” This was only escalated by a flawless stitch from user @margeorpeg, whose response perfectly encapsulated all the sarcastic comments into one superb video.

Cutting in just after Elizabeth reveals her heroic plan, @margeorpeg — who’s real name is Maggie Stetson — cuts in with an awed “wow! Crazy. You crazy girl.” The video is, in whole, 11 seconds long, and has become a new favorite on the platform. The original stitch has a mind-boggling 47.3 million views, with viewers adding their own sarcastic responses to Stetson’s comment section.

Despite the insane popularity of the stitch — and the resulting popularity of the original video — Elizabeth doesn’t seem to have responded to Stetson’s video. Her page is rife with Taco Bell content, as the user leans on an ASMR-style approach to slowly consuming a range of Taco Bell offerings on-screen. She hasn’t slowed down in her uploads at all and seems unbothered by all of the comments urging her to “dip it in nacho cheese.” And though she hasn’t directly addressed Stetson’s video, she has included the #crazygirl hashtag on a number of recent posts, indicating that she is aware of — and seemingly approves of — the viral stitch.

Meanwhile, Stetson’s popularity seems to have urged the creator to become more active on TikTok. While she also has yet to respond to her mega-viral hit, she has responded to several of the video’s top comments. She seemingly agreed with one commenter’s assessment that she sounds “like Gru” from Despicable Me, and also gave a very on-point impersonation of Cronk from Emperor’s New Groove.

In general, it seems that both women are taking their unexpected popularity in stride. Fresh videos on Stetson’s page have certainly seen an uptick in views — with one recent video reaching more than 600,000 people as opposed to the max 100,000 — but her content remains the same. Quippy, ordinary, and genuinely funny.

In the wake of Stetson’s viral hit, the resulting sound has become a favorite amongst creators. The audio accompanies mostly sarcastic videos, as users largely pair it with relatable parenting anecdotes.

The rest of the time, users mouth along to the popular sound in response to a range of eye-rolling scenarios, like a man “2x my size” telling a small woman he can “lift more” than her, or a man doing the dishes for once.