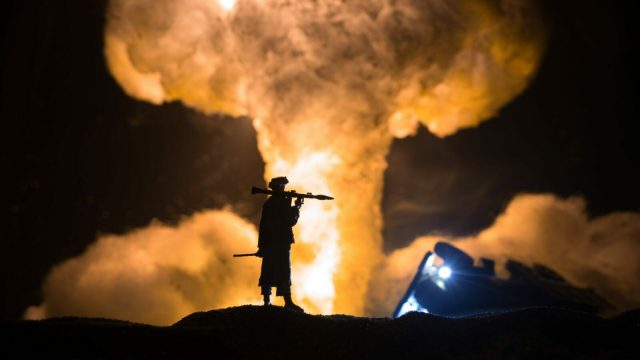 In the latest round of Tali-banning, we can add TikTok and PubG to the reported 23 million sites and apps blacklisted in Afghanistan.

After U.S. troops withdrew from Afghanistan in 2021, the Taliban returned their iron-fisted brand of governing to the populace. Now, they’re back to banning, and this time the targets are the ever-popular social media app, TikTok, and the video game, PlayerUnknown’s Battlegrounds. Reportedly, these will be prohibited for three months, at least at first.

Why TikTok and PubG? Reportedly, the Taliban sees them as problematic for Afghani children, citing the need to keep its youth from becoming disillusioned, according to News Today. Apparently, the irony is lost on the Taliban leadership, the same guys worried about “disillusioned” kids who happen to be the same ones known for banning television, music, shaving, and birds.

If there’s one thing the Taliban loves, it’s banning stuff. During the group’s first run in charge of Afghanistan between 1996 and 2001, the Taliban simply adored restricting the rights of citizens in the name of religion. As reported by India Times, the Afghani people weren’t allowed to own televisions, listen to music, use the internet, keep birds as pets, fly kites, read “objectionable” literature, or celebrate Labor Day because it sounded too communist to these oppressors. On the plus side, every man could sport a fashionable lumberjack beard. In fact, it was the law that you had to keep a beard at all times. Ladies, the Taliban was looking out for you, too; it was law that women couldn’t leave their homes without a male escort, who had to be a relative. This was among a plethora of other rules and restrictions levied on its citizens, which were particularly oppressive to women.

When the Taliban retook control of Afghanistan, is it any wonder why people were willing to risk their lives by clinging to the outside of an aircraft to leave the country?