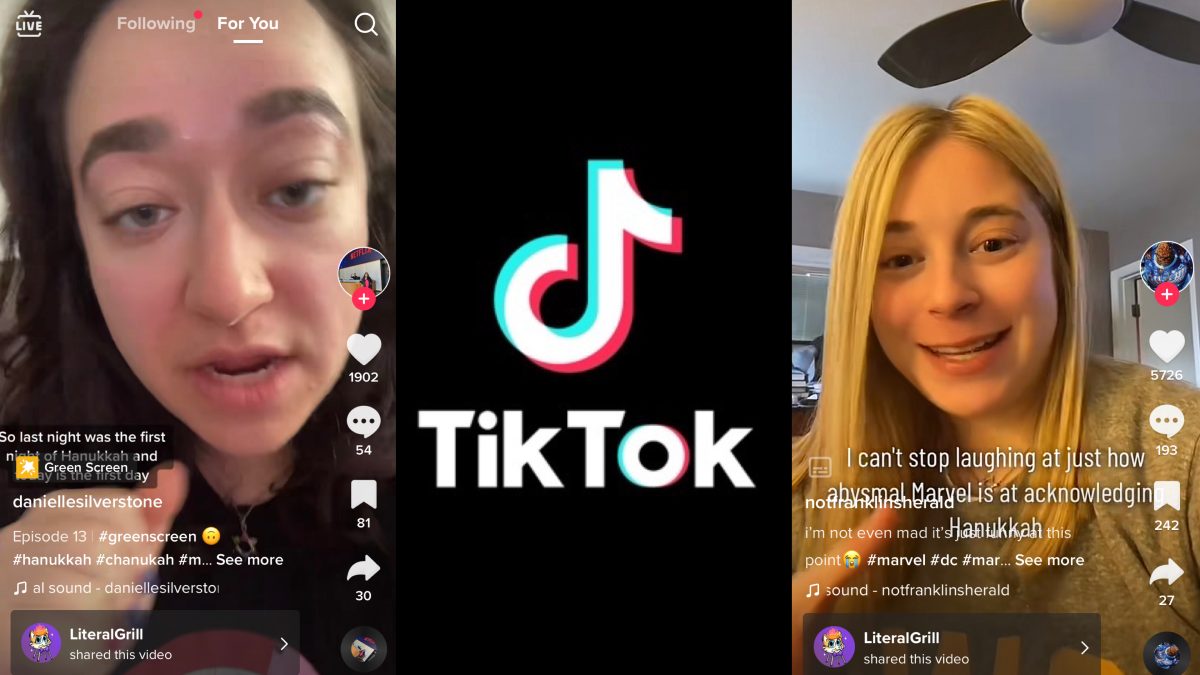 A couple of TikTok users called out Marvel after realizing that the company failed to recognize Hanukkah on their social media platforms.

The majority of the Jewish community celebrates Hanukkah for eight days from Dec. 18 to Dec. 26. Throughout that time, many will participate in various activities, including burning candles, playing games, and eating special foods like latkes and sufganiyot.

According to Reader’s Digest, Hanukkah is the celebration of The Maccabees’ triumph against the Syrian Greeks. The Maccabees consisted of an assembly of Jewish fighters. During the battle in 167 B.C., the Greeks demolished the Jewish temple in Jerusalem and prohibited the Jewish practice altogether. After a grueling three-year fight, The Maccabees were able to obtain what was left of the temple and give their people the freedom to exercise their religion.

In honor of the celebration, companies have either mentioned or acknowledged the holiday, unlike Marvel, which is sad given its roots. A TikTok user named @daniellesilverstone expressed her frustration by listing the photos the entertainment company shared on Twitter which also featured Christmas decorations. While bringing up how Marvel “coded” Kate Bishop (Hailee Steinfeld) as a Jewish character in Hawkeye, she said,

They are advertising their Christmas show saying this holiday season. The Christmas show the they are coded her (Kate Bishop from Hawkeye) Jewish in but refuse to actually say. The show they completely advertised is just Christmas and it pretty much just Christmas featuring Hawkeye and the tracksuit mafia…This is my favorite f–king show but this is still a problem. And it’s even worse when you realize that only not did Disney acknowledge Hanukkah, its not Disney it’s just Marvel, but so did DC.”

The social media user wrapped it by stating that Marvel should feel ashamed not recognizing the holiday because Martin Goodman, a Jewish man, launched the company in 1939.

A second TikTok user, @notfranklinsherald disclosed how she thought it was funny that Marvel is doing an “abysmal” job at recognizing Hanukkah, but she showed how DC Comics celebrated the holiday. The DC characters in the photo pose near a traditional menorah with nine lit candles. While the social media user claimed that DC is “eating” Marvel up, she stated,

What makes the entire situation even worse is the fact that Marvel has a handful of Jewish characters, including Wanda Maximoff, Max Eisenhardt, Katherine Pryde, Lorna Dane, and many others. The studio is yet to comment on the flak it has received. During the time this article was written, the company still hadn’t added anything on its page that is Hanukkah related.