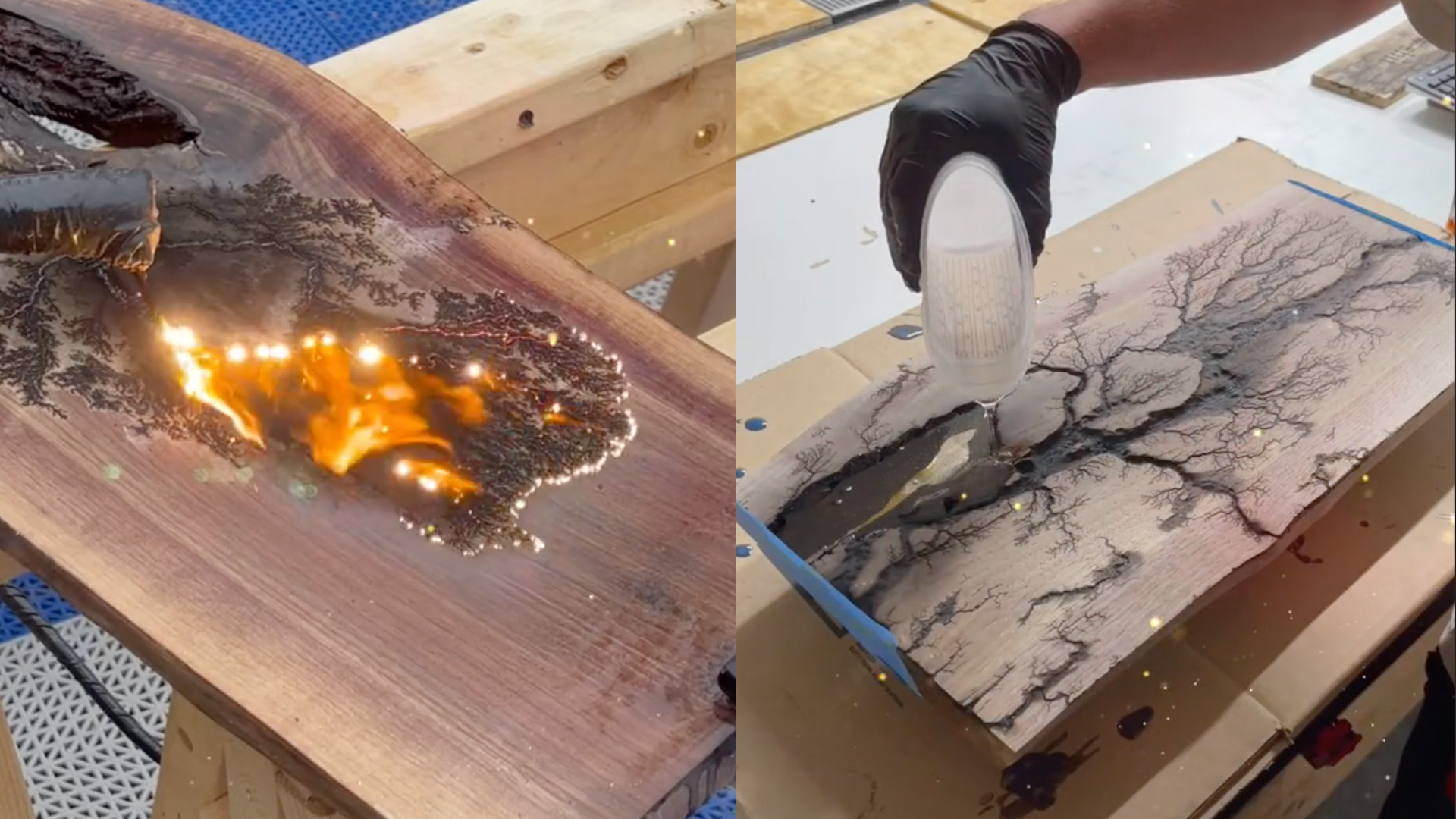 Fractal wood burning has been picking up steam on TikTok, where videos featuring the potentially deadly woodworking process often rack up hundreds of thousands of views. Interest in the practice piqued following news of a house fire caused by the inadvisable technique, which claimed two lives. Wisconsin residents Tanya Rodriguez and James Carolfi lost their lives in the fire, which investigators later discovered was the result of an attempt at fractal wood burning. The couple died by electrocution, according to the Washington Post.

What is fractal wood burning?

TikTok oftens sees users exchange crafting techniques and ideas, with heaps of users creating accounts for the sole purpose of promoting themselves as artists. TikTok’s woodworking corner is populated by a huge number of talented users, many of whom share their own unique methods of creating gorgeous designs.

One of the less-common woodworking tactics on the web requires the use of high-voltage electricity. Fractal burning videos often see users deconstruct common household items like microwaves in order to repurpose them as an energy source. The deconstructed transformers are then connected to bits of metal — often nails — via jumper cables. A bit of wood, which can be anything from a simple slab to a polished charcuterie tray, is coated with a conductive solution comprised of baking soda and water. When electricity is pumped through the cables and into the bits of metal, it often creates visually appealing designs that resemble trees or lightning bolts dancing across the wood.

Fractal wood burning wasn’t born on TikTok, but the video-sharing platform did help the controversial technique to spread. It’s been attempted by a number of TikTokers over the last several months, but many of them are experienced woodworkers.

Not that their expertise removes them from danger. The American Association of Woodturners (AAW) fiercely recommends against fractal wood burning, noting in an article that the association has “banned the use of this process at all of its events and has banned articles about use of a fractal burner in all of its publications.”

Noting the typical, expected dangers of woodworking — like losing a finger to a saw blade or scalding oneself with a wood burner — the article from AAW points out that “high voltage electricity is an invisible killer.”

AAW Safety Committee Chair Rick Baker advises all woodworkers away from the practice with a final, weighty warning: “Do not use fractal burning. If you have a fractal burner, throw it away,” he writes. “If you are looking into fractal burning, stop right now and move on to something else. This could save your life.”

33 people — experts and amateurs alike — have lost their lives to fractal wood burning since 2016, according to the AAW. And that’s just known cases. Another handful of people have suffered near-death experiences and “devastating injuries” thanks to the practice, and more will surely join their ranks soon if the practice continues to be attempted by inexperienced TikTokers.

The final result of a piece created through fractal wood burning is inarguably gorgeous, particularly when created by an experienced artist. However, the lovely designs are not worth the potential consequences of this dangerous trend. There are better, safer way to make art, ones that won’t put your life — and the lives of those around you — at risk.