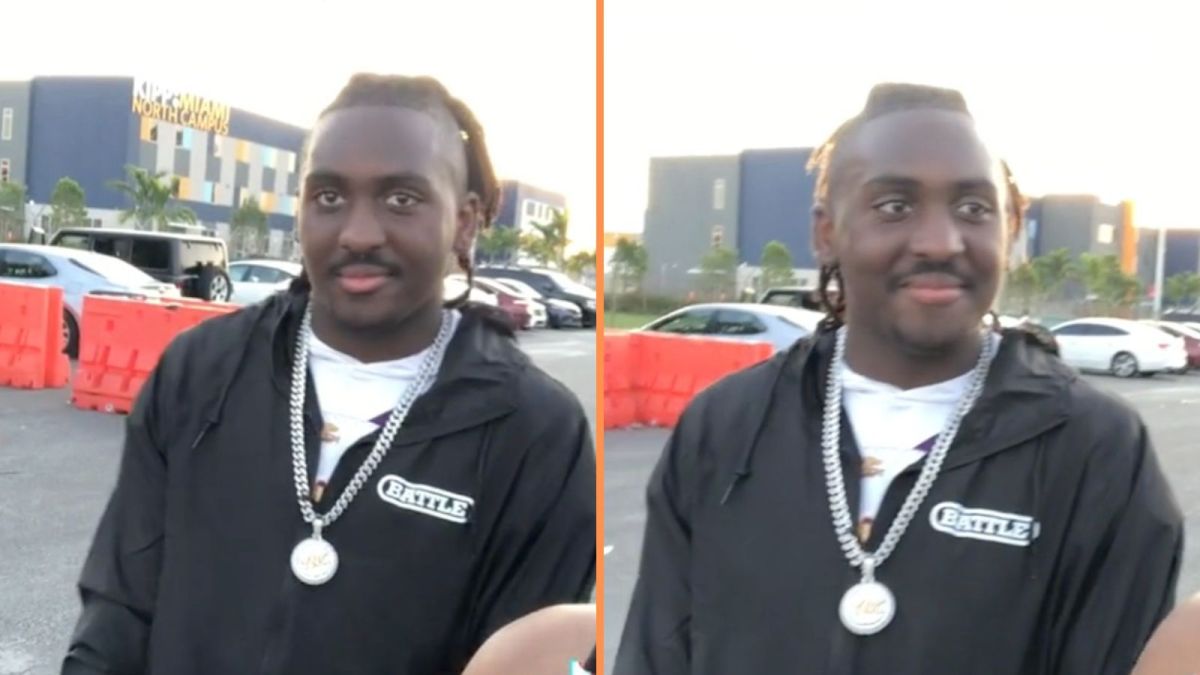 The world of TikTok is a gift that keeps on giving. Once again, the social media platform is creating havoc among its users. This time, for the introduction of a middle school student who simply does not look his age.

Every single day, it appears that TikTok’s relentless work as the largest video platform sees no end. This time, its latest victim is Jeremiah Johnson. At first glance, it may appear that Jeremiah is nothing but a university student pursuing his dream of becoming a football player. And in some way, that assumption would be correct. Johnson is indeed a player from Fort Worth, Texas, and he is being praised left and right for his football skills.

Johnson recently won an MVP honors award at the Youth National Championships in Miami, and his face has been plastered all over the social media platform for it — more or less. What truly made this football MVP go viral on TikTok was actually the fact that he is allegedly just 12 years old, despite his appearance saying otherwise. So, is this football player sporting a moustache and a tattoo really 12 years old?

You may be dumbfounded to discover that, to everyone’s surprise, it does appear that Johnson really is 12 years old. In a video published by hoodnews24 on TikTok, he introduces the middle school student while asking for his age, to which Johnson responds with a simple “twelve.” The person in the video immediately explains “the boy is twelve,” showing as much shock as everyone who’s hearing those words.

Adding to proof that the boy is indeed 12, he is also holding a trophy that reads “12U Division 1 Most Valuable Player.” The 25-second clip amassed over 800 thousand views, becoming an absolute online sensation, however, most people online are still not convinced that Johnson is 12, solely due to his far older appearance.

he’s the coach of the 12u team maybe

Y’all misunderstanding, he ran for 12 touchdowns

Generation NEXXT, a national youth sports school and network in Fort Lauderdale, Fla., also posted a few pictures of Johnson to Facebook, captioning the post confirming that the player was indeed a pre-teen playing 12-under football.

Despite all confirmation that Johnson is indeed 12 years old and in middle school, social media has been relentless in their attempts to disprove this fact. Some people have even found what they believe is Johnson’s mother’s Facebook, where the proud mom gloated about her son’s achievements. Proving once again, that despite all disbelief, Johnson is indeed just a pre-teen boy.

So does Johnson look his age? Not exactly. Every single teenager grows up differently, some may bloom sooner, while others later. At the end of the day, this young teen is just living his life as a middle school student, enjoying his free time on the field as he plays alongside his friends.