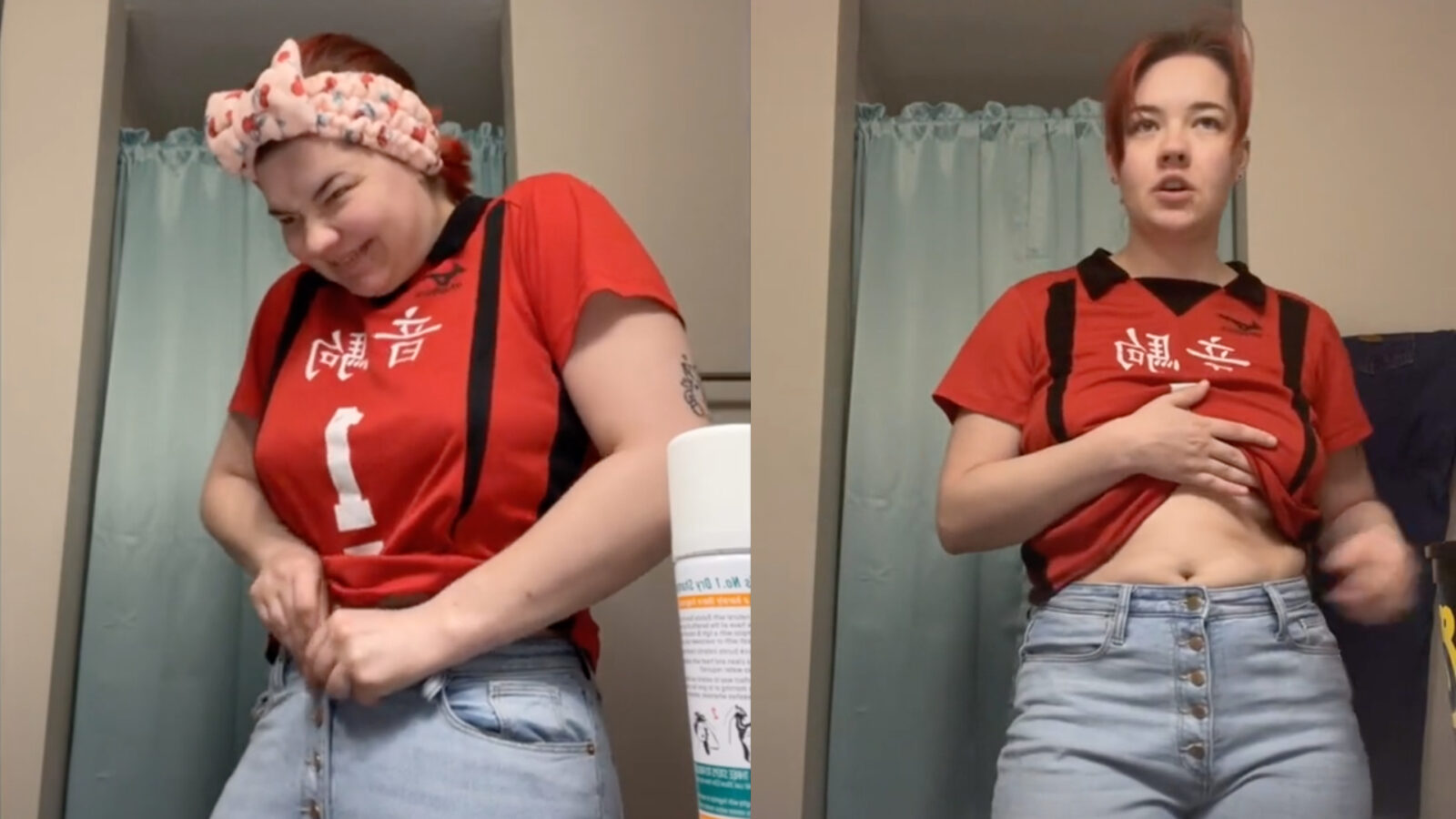 A strange new trend is taking over TikTok, as heaps of users take up the exceedingly odd habit of showering in their jeans.

The shift in shower habits has been picking up steam over the last month or so, as female TikTokers try out a wild new hack. Originally shared by user @bug318_ in a simple March 14 upload, TikTok’s new shower hack is taking over.

You may feel a little bit silly employing this approach, but actually, there is a method to this madness. If you’re wondering what all the hype is about, here’s a summary.

What is TikTok’s ‘showering in jeans’ hack?

TikTok’s new obsession with clothed showering started with a benign TikTok, in which user @bug318_ shared the “sustainability hack of the year.” In her TikTok, she shares an age-old life hack from her Nana for sizing up too-small jeans. According to @bug318_’s Nana, the solution to a pair of overly tight jeans is simple: just wear them into the shower.

Weird as it may sound, it seems that those rumors about age and wisdom are true. @bug318_ tried out her Nana’s jean hack and revealed to the world that it works like a charm, stretching out a too-snug pair of jeans into a perfect fit.

Once the news was out there, other TikTokers were desperate to try it for themselves. A wave of uploads followed @bug318_’s big reveal, as other users tried the jean hack out for themselves. It even prompted a hashtag — #showerinyourjeans — which has thus far collected more than 11.8 million views in total.

The hashtag page is overflowing with attempts at the jean hack, as female users test out their sensory limits by wearing soaked jeans not only in the shower, but around the house for hours afterward. The hack requires some wet jean time following the shower, in order to ensure the jeans reach that perfect fit, a fact that some users genuinely struggled with.

Any discomfort appears to be thoroughly worth it, however, as users discover just how effective the jean hack truly is.

A few users didn’t feel much of a difference after submitting themselves to a half-clothed shower, but the majority of people found the jeans hack immensely effective. Now we can finally get use out of those goal pants taking up space in the back of our closets. Thanks, Nana!