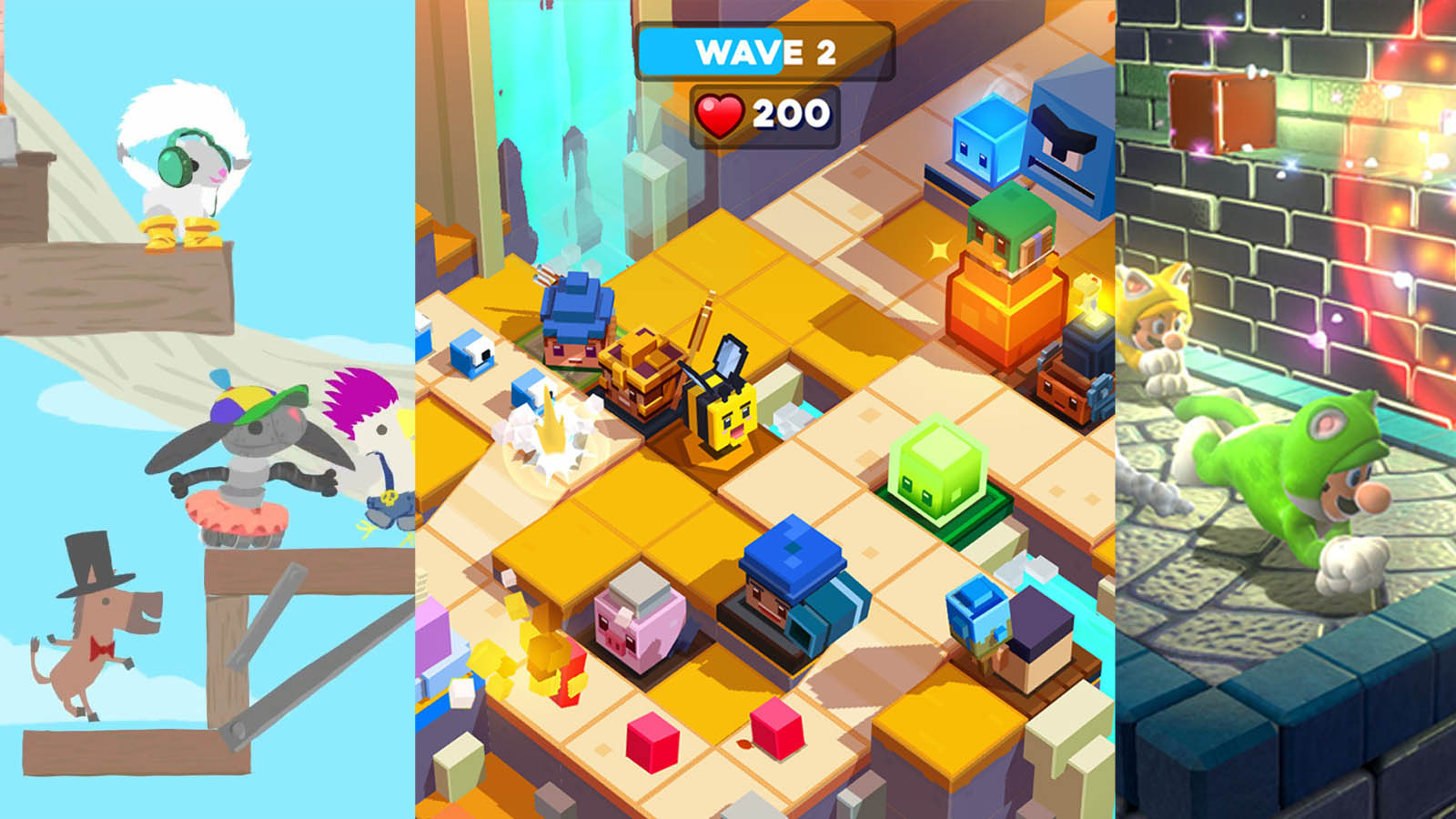 The market is absolutely flooded with new video games every week — but finding something suitable for younger gamers begging for Fortnite V-Bucks or Grand Theft Auto V can be a little tricky.

It’s tough if you’re trying to find something fun for the younger gamer in your life, especially if they’ve tired of the bottomless content pits that are Minecraft and Roblox. Fortunately, there’s a wide range of PC, console and mobile games to appeal to a wide range of tastes that aren’t reliant on microtransactions.

Tower defence games are perfect for younger audiences, especially vibrant ones like Defend the Bits TD. A premium relaunch of PlaySide North’s original iOS and Android title, Defend the Bits gives players over 20 upgradeable characters and classes, hundreds of quests, and multiple abilities to use in conjunction with the towers.

Defend the Bits TD is out now on Steam.

The next-gen Ratchet & Clank sequel isn’t just a true showcase of the PS5’s capabilities. It’s also one of the most kid-friendly, AAA experiences available on any platform.

With a host of adorable characters anyone can fall in love with, Rift Apart is still a must-purchase for any PS5 owner. The slick campaign has lots of excellent set-pieces, tons of collectibles to find, and plenty of action without ever veering into the excessive. It’s an action-adventure the whole family can enjoy, really. You can grab Rift Apart at all major retailers or digitally through the PlayStation Store.

The global pandemic saw audiences returning to nostalgic classics, and one game that hugely benefited from people’s love of the past was Golf with Your Friends. The Brisbane-made game — originally made by three brothers as a way to stay in touch with their friends after moving from one side of Australia to the other — was a huge success when it launched on Steam. It’s so successful that UK publisher Team17 bought the rights to the game from the Australian developers for 12 million euros, with plans to release a sequel down the line.

But for now, Golf with Your Friends has plenty for the whole family. There’s a wealth of courses to get stuck into, upcoming DLC including a bouncy castle-themed course, as well as endless amounts of community-made creations that everyone can play solo, co-op or in simultaneous multiplayer. There’s a split-screen mode for easy couch play, too.

If you want a virtual space for a younger gamer’s creativity to run wild — without worrying about microtransactions or friction of strangers online — then Planet Zoo is a perfect choice. Made by the same team responsible for Planet Coaster, Planet Zoo does exactly what it says on the tin: you’re running a zoo.

Where it all comes to life is the depth of the simulation. All the animals are superbly animated with sensible, realistic behaviours as you work to create the perfect environment around them. Players also get to create exhibits for park attendees, while also having the choice of releasing later generations of animals back into the wild for conservation efforts.

Minecraft Dungeons is what you’d get if the voxel-based sandbox met Diablo in a bar. It’s a great entrance into the mechanics, pacing and tropes of the action RPG world, without the dark horrors, blood or necromancy that you’d typically find amongst other games of this ilk.

Minecraft Dungeons: Ultimate Edition includes the base game and its several post-launch expansions. The game supports four players in co-op on the same screen, making it a great family adventure, and there’s over 250 bits of gear, artifacts, powers and enchantments to discover.

Imagine the level creation suite of something like Mario Maker, but you’re all building the level at the same time — and it’s a race amongst farm animals to get the coin. That’s Ultimate Chicken Horse.

The start of every level kicks off with a toolbox, with players racing to pick one item each. That item can then be added to the in-game level, making it more treacherous to reach the finish line. Players compete to make the level difficult enough to stop others from finishing, but not so hard that they can’t get to the end themselves. That neat balance leads to plenty of hijinks amongst the raccoons, horses, chickens, sheep, and other characters you can choose from — and countless replayability.

If you can rely on one franchise to always deliver for all ages, it’s Mario. The re-release of Super Mario 3D World — and the addition of the Bowser’s Fury expansion pack — is a perfect pick-up for Mario nostalgics, and families looking to introduce their own gaming heritage to the younger generation.

The level design is as bright and vibrant as ever, filled with Nintendo’s expert touch. There’s little violence throughout — jumping on Goombas is a lot more pleasing to the eye than wielding guns — and the controls are accessible for all ages. Kids will particularly enjoy the final boss fight where Bowser transforms into a giant cat. Nintendo also added a really nice accessible touch: any player who falls behind or leaps off the level will be transported back via a cute little air bubble. It’s a great option for players who aren’t as up to scratch with their platforming.

Super Mario 3D World + Bowser’s Fury is available at all major retailers and digitally through the Nintendo eShop.