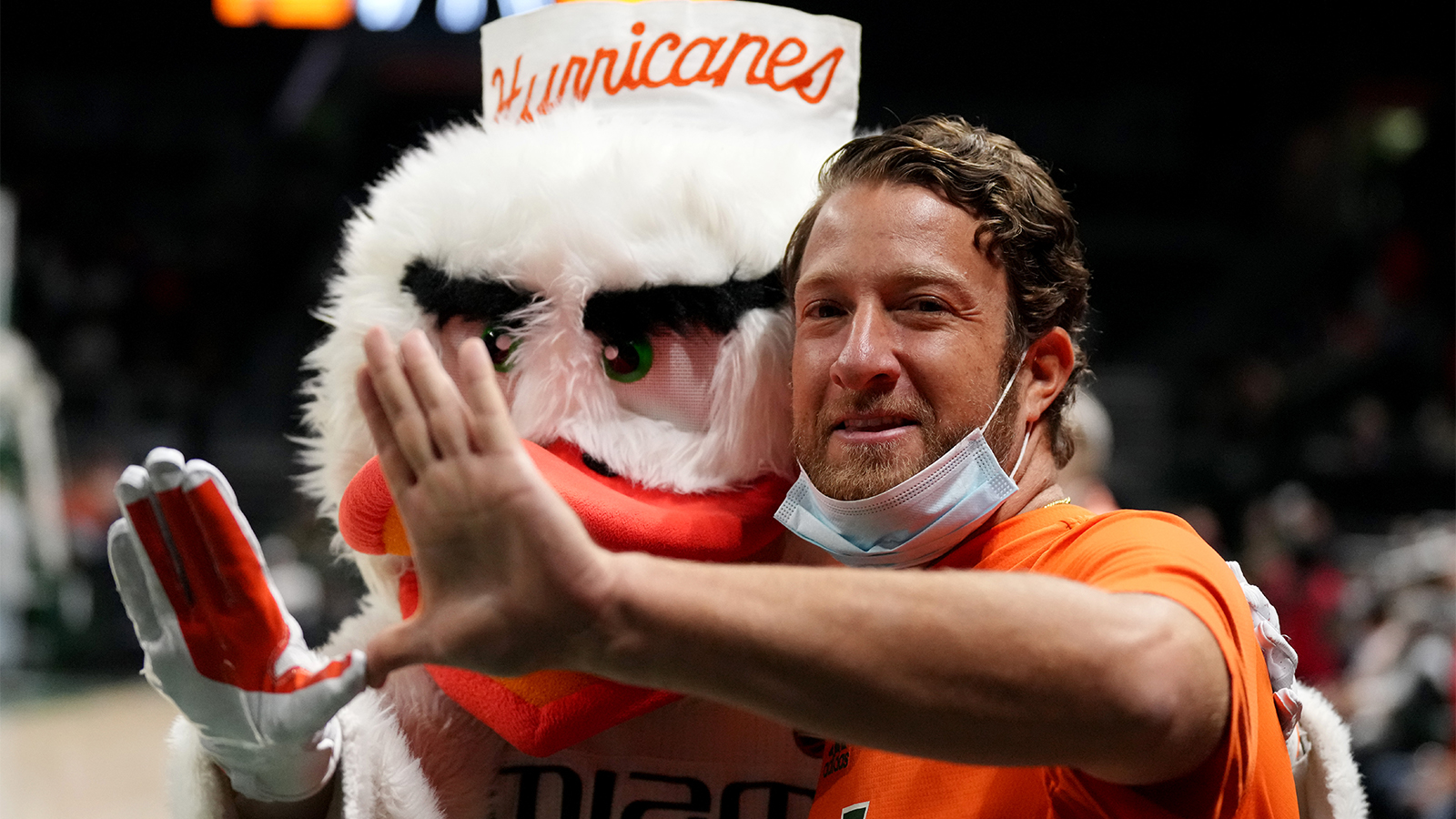 Only three months after a Business Insider report alleging that he engaged in multiple incidents of “violent and humiliating” sex with younger women, Barstool Sports founder Dave Portnoy is again being accused of sexual misconduct. Three more women have accused the entrepreneur of filming sexual encounters with them without their consent, according to new reportage by the Insider.

Portnoy has denied the allegations. Portnoy took to Twitter to accuse Insider of running a ‘hit piece” and has announced his plans to sue the publication as well as the author of the article, Julia Black.

Portnoy had posted a video on Twitter on Jan. 20th claiming that Insider was planning on publishing a new article with further allegations against him, which he categorized as “another make-believe hit piece.” Portnoy again denied all allegations and implied Black’s article was motivated by her personal politics and dislike of Portnoy’s organization.

“I have distinct evidence that what they’re saying and what they felt about me is not true,” Portnoy claimed, “They wanted to hang out with me long after these ‘allegations’ take place.”

Barstool Sports and Portnoy have had a long history of controversy over the years. After being called out for his use of racist language and comparing Quarterback Colin Kaepernick to “a terrorist,” Portnoy’s response – again via Twitter – was, “They’ve been trying to cancel me for two decades — I’m uncancellable,” Portnoy says in a video posted with the tweet. “I’m big. You’re little. I cancel you,” according to Variety.

Portnoy is equally unapologetic for misogynist language on his site and in his own statements. In 2010 Portnoy posted an apologia for an Australian man acquitted of rape due to the fact that his victim was wearing a pair of skinny jeans the day of the alleged assault and therefore would have required assistance to take them off. “Even though I never condone rape,” Portnoy wrote, “If you’re a size 6 and you’re wearing skinny jeans you kind of deserve to be raped, right?”

On Feb. 2, the date the follow-up Insider was published, Portnoy again took to social media to address the new rumors, supposedly contrary to the advice of his legal team. “I know I’ve never done anything weird with a girl ever,” he stated, after which he claimed to know both of his accusers by virtue of details in their stories and claimed that he was still in contact with them.

In a spew of media buzzwords, he claimed, “woke cancel culture wants to cancel me.”

The Insider’s original piece outlined allegations from a number of different women that Portnoy had subjected them to extremely aggressive sexual encounters, which were described as rough and humiliating. One woman, going by “Madison” – a pseudonym – stated that Portnoy had choked her until she could not breathe and told the Insider that he began filming her during their encounter without her consent.

Madison said the encounter made her feel like “a human sex doll” and that despite her protestations to stop, and shouting “Too much!” and “It hurts!” while in tears, Portnoy’s response was to tell her to “stop running away from me.” Madison further stated that she had later texted a friend following the ordeal, writing, “It was so rough. I felt like I was being raped … I was literally screaming in pain.”

Barstool Sports fans, who go by the collective term of “Stoolies,” are notorious for using aggressive harassment campaigns against anyone they consider to be an enemy of the site or, by extension, Portnoy himself.

The Daily Beast has reported upon several cyberbullying campaigns launched against online sportswriters, many of them female, by Stoolies in the past. Sam Ponder, the host of ESPN’s Sunday NFL Countdown, was called a “f–king slut” who should “sex it up and be slutty” in a Barstool podcast. When that led to a collaboration between ESPN and Barstool, the Barstool Van Talk show, to be canceled after one episode, Portnoy went on an online rant on his Barstool blog, which The Daily Beast categorized as “waving a red flag at his 700,000-plus followers,” who caused the hashtag #SamPonderLies to trend on Twitter. Portnoy later stated he intended to “slowly suffocate” Ponder’s online presence.

Another woman, who referred to herself as “Allison” in the article, would not categorize her experience with Portnoy as assault, but did state that she felt “very preyed on” and described Portnoy’s behavior as “very aggressive.” Allison told Insider that she was only 19 years old when she reached out to Portnoy and agreed to meet him. Following her encounter, Allison became increasingly distressed and was hospitalized due to suicidal thoughts. Her mother wished to begin legal actions, but Allison asked her not to pursue the issue, fearing reprisals.

Portnoy has followed up his Jan. 20 video response to Insider with a four-page letter from his attorney, Andrew Brettler. Responding to the women who accuse Portnoy of videotaping them without consent, Brettler wrote, “Portnoy] can say emphatically that he has never filmed any sexual encounter surreptitiously or without the full knowledge and participation of his partners.” going on to state, “Every sexual encounter that Mr. Portnoy has had — including those described in the Original Story and those referenced in Ms. Black’s Jan. 18 email — have been entirely consensual.”

The newest Insider article, written by Black and Melkorka Licea, brings forth testimony by three more unidentified women accusing the media mogul of taping their sexual encounters without consent. One woman, identified by the pseudonym “Kayla,” stated that Portnoy had slapped and choked her, echoing Madison’s stated experience. “Like, sure, it’s fun to get choked a little bit. It was just way too much,” Kayla told the Insider. “It was scary. I was getting no air. Not being able to breathe is one of the scariest things, and it sends you into such a panic.”

Kayla stated that she had noticed Portnoy filming her on his phone, which she described as “odd and creepy.” Nevertheless, she agreed to meet Portnoy a second time. “I always think back to it,” she said, “like, ‘Yes, it was technically consensual sex, but that was not the sex I consented to.'” Kayla reports that the encounter, which included an incident where Portnoy slapped her across the face, was so aggressive she was left with a three-and-a-half-inch rug burn on her back and later diagnosed with an “assumed fracture” of her rib. Although she had noticed Portnoy filming, she did not ask him to stop because “she felt too intimidated to ask him to stop recording.”

Portnoy maintains that though the sex was aggressive, it was a consensual act. His lawyer states in the letter of Jan. 20 that Kayla “joked about how she injured her rib during one of their sexual encounters and boasted to Mr. Portnoy that he ‘still holds [her] title for most aggressive sex.'”

Another woman in the newest article alleged that Portnoy, unasked, sent her videos of himself and other women having sex, including videos of himself choking a woman. This behavior matches that of another unnamed woman featured in the article, who had developed a relationship with Portnoy via Snapchat, also claimed that Portnoy sent her unsolicited sex videos featuring himself and other women.

Business Insider has published an editorial statement along with the Black/Licea article, by Editor-in-Chief Nicholas Carlson, that states in part, “It is wrong to film someone during sex without asking. This article and Insider’s November report have credible allegations from five women who say Portnoy did that. They say realizing he was recording them was humiliating and made them feel powerless and at risk during and after their encounters with him.”

As of the publication of this article, it does not appear that Portnoy has yet filed suit against either Business Insider or Black.

We Got This Covered has reached out to Portnoy for comment.