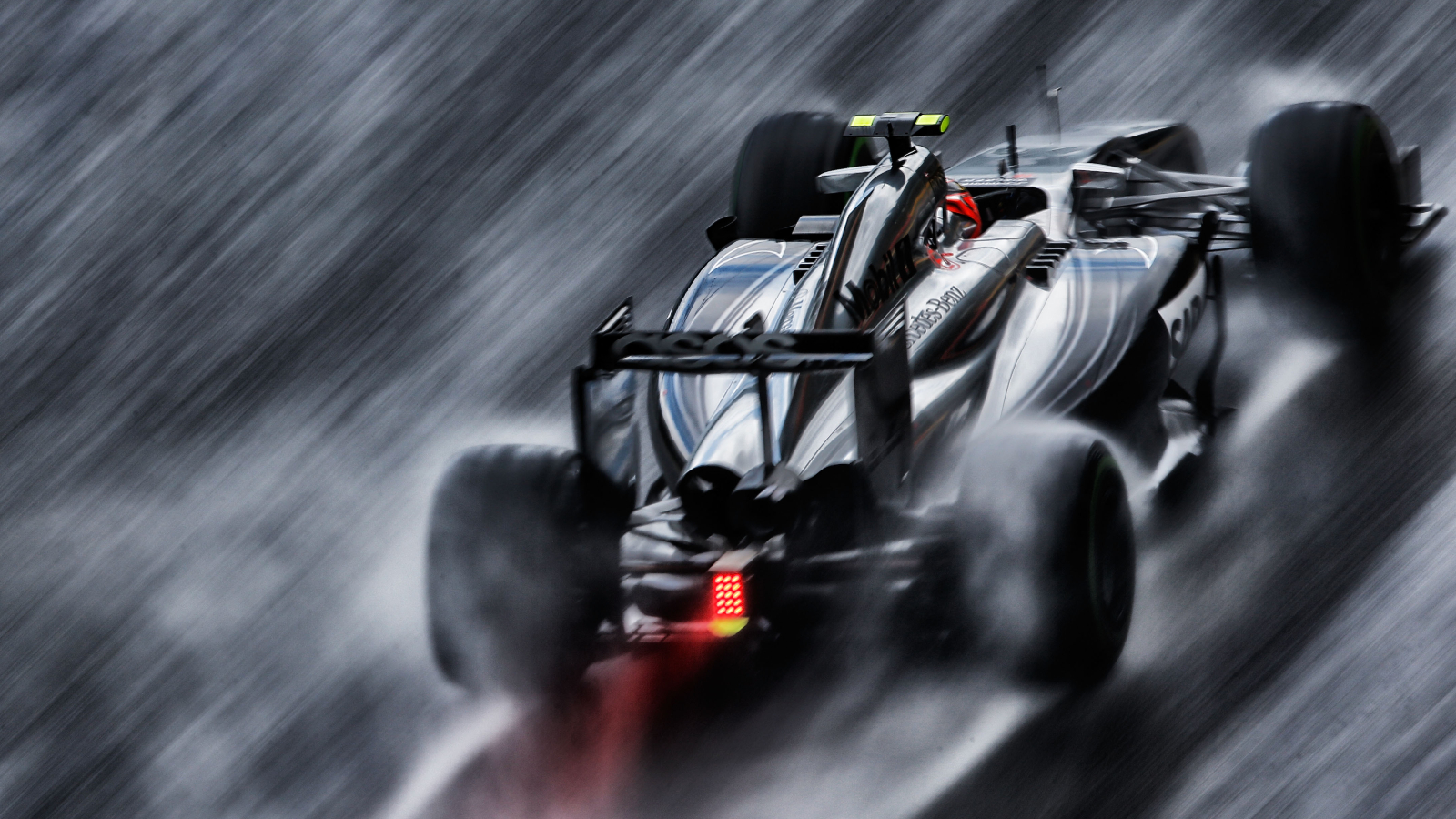 Even Formula 1 got its Netflix bump.

Viewers who had no interest in or even a notion of car racing are now (at least emotionally) invested in the people behind the wheel in F1 after the Formula 1: Drive to Survive series, which was the most-watched program in 33 countries following its March 11 release this year. That bump has even spread to IndyCar, which is not to be confused with F1.

What are the main differences between the two car-racing sports? It gets down to the nitty gritty, especially since on the surface, these two classes of crazy-fast automobiles look so much alike.

Let’s go through them category by category, so we can see side-by-side what’s under the hood.

IndyCar: Fewer races, sitting at 17, and it is essentially an American motorsport.

Simply put, F1 cars have personality and flair, whereas IndyCar vehicles can be very similar if not identical sometimes.

F1: As you may know from the Netflix show, there are different racing teams in F1, and every team is responsible for its own car manufacturing. They can purchase or acquire only two components — the transmission and the engine — everything else is up to them, making each car unique and different from the next.

IndyCar: In IndyCar, it’s only Chevrolet and Honda making and supplying the engines, and only one company providing the chassis: Dallara. This makes it possible for competing racers to have the same components in their car. However, teams can develop their own parts, such as suspension components, brake ducts, and the all-important dampers, leading to individuality between cars.

Furthermore, as there are differing types of courses in the oval structure ⏤ such as street courses, high-speed ovals, and speedways ⏤ the specs of cars change from race to race, such as the brakes, the power, aerodynamic kits, and weight.

Some history & the circuits

F1: Running since 1950, the Formula 1 World Championship in 2022 features 22 rounds (races) including a new course in Miami. The usual Russian GP race is cancelled due to its continuing hostile invasion of Ukraine.

There are some big changes in the way things are running this year (maybe because of the heightened attention and popularity of the sport now), which includes adding a mechanism to allow cars to drive closer to one another and leave opportunity for more passing.

In the past, the speed of cars combined with the aerodynamics made for dirty air, called aerodynamic wash, flying off from one car and making it hard to follow closely because of impaired visibility. This year, there is an element called the Drag Reduction System, which goes like this, according to carthrottle.com:

“When a driver is within one second of the car in front, they can press a button that opens a slot in the rear wing, allowing it to travel faster in a straight line and making it easier to overtake. To get back to closer racing for the 2022 season, the aero package has completely changed to clean up the air behind the cars. With simpler wings, it also means the cars are now more striking than ever to look at.”

IndyCar: For the 2022 season, there will be 17 races in the U.S., with the race in Toronto cancelled because of the COVID-19 issues. IndyCar is relatively young in comparison, having started up in 1994 with the current iteration beginning in 1996. This year, the season will feature seven road courses, five ovals, and five street courses.

F1: Only the top 10 drivers in any race score points for themselves, the Drivers’ Championship, and for their overall team, the Constructor’s Championship. First place nets 25 points, second gets 18, and third place gets 15. From there, each of the next spots, three through 10, get 12, 10, eight, six, four, two, and one point, with 11th place through last place getting zero points.

IndyCar: Every driver gets points for finishing in IndyCar. The victory gets a whopping 50 points, with second getting 40 and third receiving 35. The points descend from there as well, until the last nine drivers, who get five points each. Additionally, drivers can win a bonus point by winning pole position during qualifying, and for leading a race for at least one lap. Plus, the driver winning the most laps gets two extra bonus points.

IndyCar: There are 13 full-time teams as well as some part-time ones, with between 24 and 33 cars for races, with the lower end more common and the higher end coming into play for the flagship event, the Indianapolis 500. There are lots of different teams and sponsors, such as AJ Foyt Racing, Arrow McLaren SP, and Andretti Autosport, for instance, which can have multiple drivers in any given race (from one to six).

One goes round and round, the other feels a bit topsy-turvy.

F1: The worldwide courses vary vastly, meaning cars need to be built to handle all sorts of conditions in the mixed circuit. Taking curves is just as important as accelerating and maintaining top speeds. The cars can slow down and speed up much quicker than IndyCars. With lots of room for start-stop-start-stop action, the systems in these cars are quite different with different needs than Indy. The Monaco Grand Prix is the most prestigious race in F1.

IndyCar: Round and round and round we go. These courses are all oval, and rely on two main things: braking ability and acceleration. And yet, the tracks themselves can be very different. These cars need to be able to stop fast and hard, then accelerate back up. According to marca.com, an IndyCar takes twice as long to accelerate from 0 to 200 than an F1 auto. The straightaways here are why, as you’ll read below, these cars can move a bit faster and require different braking. The length of straightaways and construct of the ovals can vary greatly. As many know, the most famous IndyCar course is the Indianapolis 500.

F1: Speed and acceleration are the most vital components to these races

IndyCar: Strategy is much more vital here, as the cars are very, very similar, so the technique and ability of each driver is crucial.

Basically, IndyCars accelerate slower but have higher top speeds, while F1 cars can accelerate much faster but don’t reach the same high-end speeds, which top out at around 200mph and are limited to 15,000 RPM.

F1: These hybrid engine cars can range from 800 to 1,000 horsepower with a 1.6-liter V6 single turbocharged engine.

F1: In order to stop faster, F1 brakes are made out of carbon fiber, better suited to lots of turns.

IndyCar: They take a little longer to stop using brakes made from steel, although in 2.5-mile speedway tracks they are permitted to use carbon fiber as well.

F1: There’s a bit more here, with eight forward gears and a reverse.

IndyCar: Not totally unlike manual cars you may have used, with six forward gears and a reverse.

F1: Because aerodynamics play such a large role, teams choose their specs regarding those matters configuring it to the track and conditions. During the race, they can change only the tires on the car, which is why you see a crew moving lightning-quick to change those tires, because literally every second counts — for race time and for saving fuel.

IndyCar: Once again, there are limitations here that don’t apply to F1. There are just two aerodynamic packages available to pick from, one for circuit and one of the ovals. During a race, tires can be changed and the car can be refueled. Refueling timing is a big strategy, and since everyone will need to refuel, this is a strategy that can set teams apart and lead to a winning edge.

Now we’re going deeper into strategy as well as the mechanisms to pass other vehicles at such high speeds in what can be a treacherous course. Plus, cars in F1 have power steering, whereas their IndyCar companions do not.

F1: There is a DRS system in place in which the rear wing is retracted to overtake a rival car.

IndyCar: It’s not quite hitting the nitro button in Fast & Furious, but drivers have a Push to Pass button they can hit that, after a slight delay, ignites up to 40 extra horsepower for the car so a driver can overtake another racer. One push is maxed at 15 seconds and usually about 200 seconds overall in a race, though that changes from race to race as well.

IndyCar: There aren’t any restrictions here, and it’s estimated that cars can cost around $3 million to make and maintain over a season.