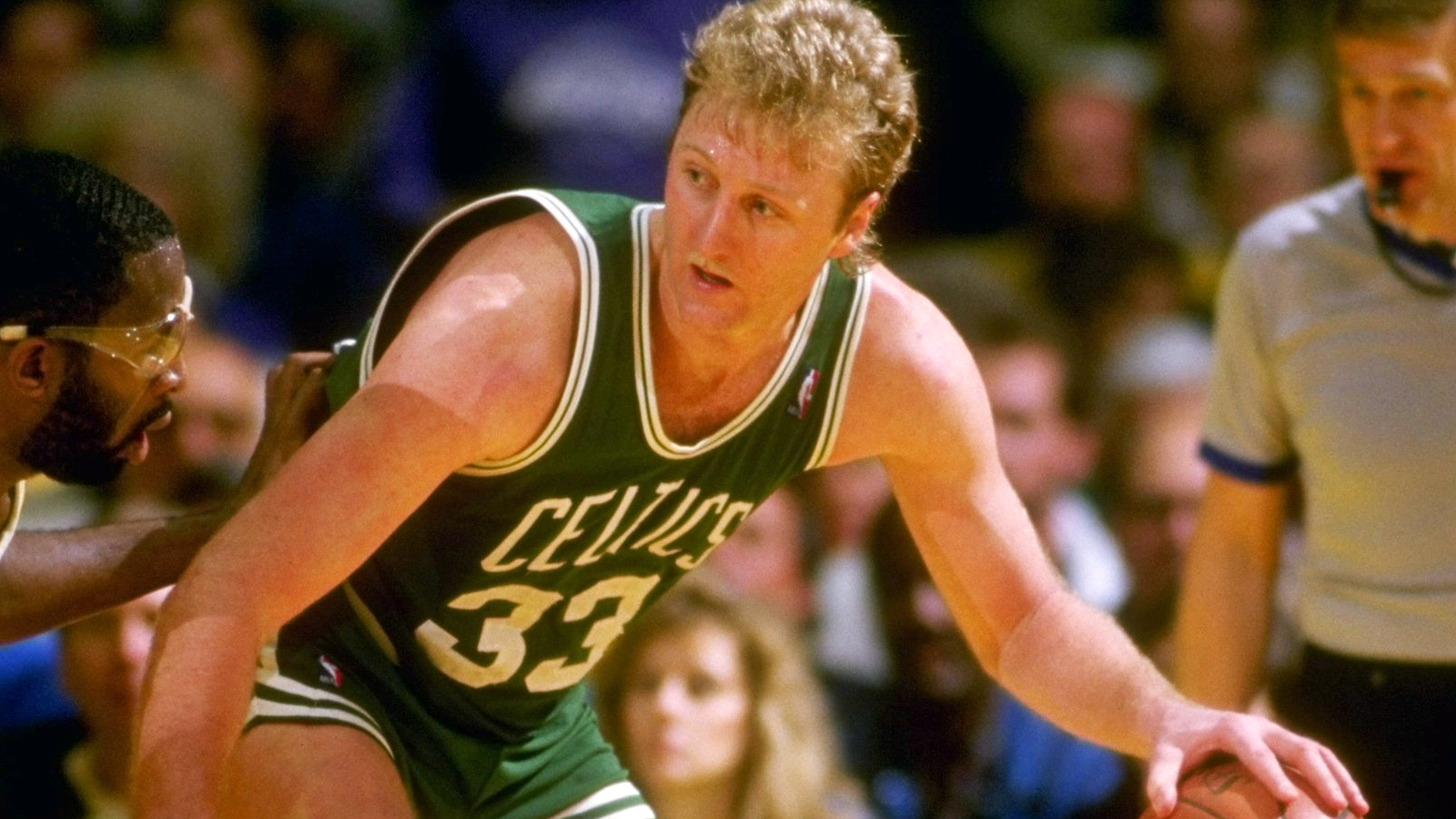 Puzzle games, specifically word-based games, are all the rage these days. Well, that’s not entirely true — word games have been in vogue for a long time.

Just look at Scrabble, which was invented all the way back in 1933. Then, in near modern times, there was Words With Friends. Now Wordle is taking the world by storm, which played right into a similar-sounding word that became a game involving words ⏤ though it isn’t quite a word game ⏤ called Poeltl. This is based off of NBA player Jakob Poeltl (pronounced Purr-dull, like Wordle) of the San Antonio Spurs, and is actually a guessing game where a player is given the silhouette of an NBA player and multiple tries to guess who the player is.

Now there’s another puzzle game in the same vein doing the wordplay thing called Larry Birdle, which is a clear homage to another NBA player, Boston Celtics legend Larry Bird. According to the site uppolice.org, there are no less than 10 puzzle games based on this “-dle” sounding ending of a word, including Absurdle, Sweardle, Taylordle, and Crosswordle.

So, what exactly is Larry Birdle?

“Guess the mystery NBA player!” says the prompt greeting you when you load the website. The biggest noticeable difference between Poeltl and Larry Birdle seems to be that you can “play as many times as you want without the daily limit.” In Poeltl, there’s just one player posted per day for fans to guess, whereas on Larry Birdle, you can guess on player after player after player to your heart’s content in “Practice” mode, one of three options on the site currently.

Both games allow for eight guesses on a single player to get it right, helping you narrow down your guesses by showing different attribute categories that will be in differing colors or shades to let you know if that specific area is spot-on, way off, or kinda close. We’ll be focusing on Larry Birdle, but feel free to head over and try your luck at both basketball-based time-killing game sites.

Larry Birdle definitely challenges your intimate knowledge of every NBA roster and what players (and their hairstyles) look like ⏤ or at least what it looks like on their NBA page for whenever the photo shoot in question was done (usually preseason). In “Practice” mode, the first thing you can do is click on the “Show Silhouette” button to get your first player’s outline, then you type in your first guess.

Let’s say you think the player is LaMelo Ball of the Charlotte Hornets and you type in his name. If you guessed right, then you got the answer in the first out of eight guesses ⏤ way to go!

More than likely, this first guess won’t be right, as there are a lot more obscure NBA players out there than you might realize (Alize Johnson? Huh?). Once that first guess is logged, the attribute board will show you the eight categories labeled for your incorrect guess: player, team, conference, division, position, height, age, and number.

That means knowing uniform numbers, positions, heights, and ages of NBA players will be a big boost toward guessing correctly in the least amount of tries. Going back to our first guess, LaMelo Ball, we will see all of these filled in with either no color shade, a yellow color shade, or a green color shade indicating different levels of accuracy.

Green means that you were spot on in that one area. For instance, the silhouetted player is a guard and Ball is a guard, so the G for guard is in green. Ball’s age is 20, which is close but not the exact age of the player in question, so this column is in yellow with a helpful arrow pointing up to let you know that you need to guess a player older than 20, but not much older. The same goes for uniform number. Ball is number two, so a “2” is in yellow with an arrow indicating down, or a lower number.

Furthermore, it shows you that the player in question is not close to being the listed height for Ball ⏤ 6-foot-7 ⏤ and he is also not on the Hornets, as this column has no shade to it. The player is also not in the Southeast Division nor the Eastern Conference as a whole.

You can see that this gives you a starting off point to make more guesses — move to the Western Conference teams and only guess guards, for instance. In our case, this first guess led us down the path to a correct guess in just four tries!

There are filters to help you narrow down the pool of players before you load a silhouette to guess: starters only, position (guard, forward, and/or center), division (pick as many of the six divisions as you wish), and team (here, there’s a drop-down where you can load as few or as many teams as you want). There’s also another button to toggle at the very bottom to “Enable Dalano Mode,” which adds a playful element to your incorrect guesses, such as saying “Nah fam.”

There are also three main category levels at the top. We’ve been talking about the “Practice” one, but there is also “Daily,” which is a lot like Poeltl in that a new player loads once per day for you to guess and compete with friends (or strangers) to see who can guess in the fewest amount of tries, and “Bracket,” where you pick which team you think will win its current playoff series (Phoenix Suns vs. New Orleans Pelicans, for instance). In this last category, the site states that there is actually a chance to win a prize for correct guesses of the entire round.

“5 lucky winners who have followed the contest rules linked above will receive a $20 gift card to the store of their choosing. Please make sure you read the Terms and Conditions if you apply,” the site’s prompt reads.

To be eligible for the prize, a player must submit their entry in the form of a tweet while tagging the Larry Birdle account along with three others (not including theirs or your own) and must also add a link to the finished bracket or a screenshot as well as the hashtag #LarryBirdleBracketChallenge. There are other rules and regulations as well that we won’t list here.

The Larry Birdle game was created by Jacob Tepperman, who has a link to his personal website featuring his other work on the game’s site in case you’d like to learn more.