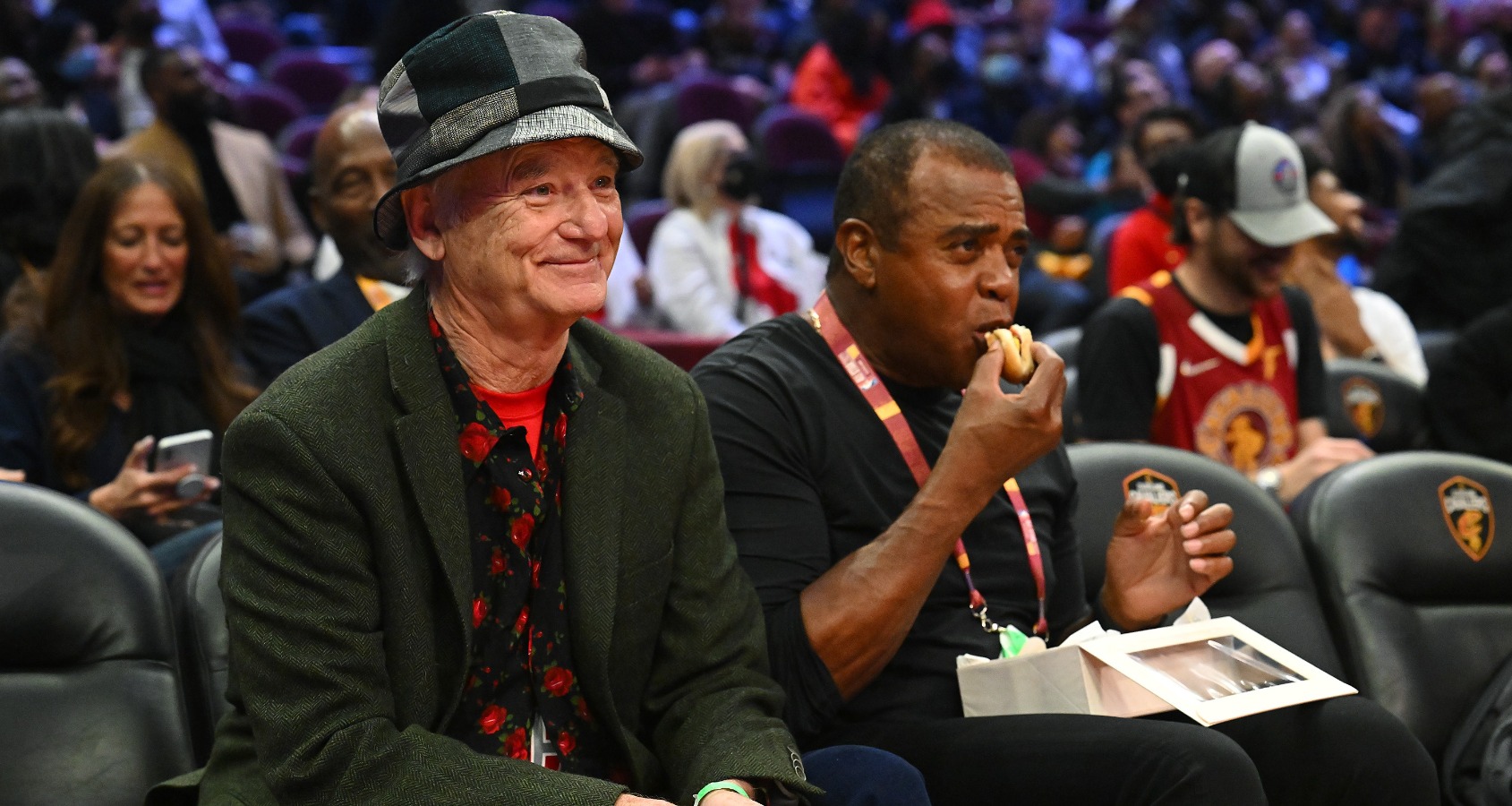 A hometown hero got a lot of attention during the NBA All-Star Game held Sunday in Ohio.

Sure, LeBron James said – and did (game-winner anyone?) – plenty to turn heads and light up keyboards, but it was another native Ohioan’s performance that’s making the rounds online today.

Perhaps the most famous American song that has seen renditions of all kinds, good and bad, The Star-Spangled Banner, was performed by R&B legend Macy Gray, who hails from Canton, Ohio. The All-Star Game was held at Rocket Mortgage Field House, home of the Cleveland Cavaliers, LeBron’s once and former squad.

During her melodic sing-song version of the anthem without the usual, drawn-out high notes, several people — including Bill Murray and LeBron himself — couldn’t keep their reactions contained.

LeBron couldn’t find a clipboard to hide his chuckling this time, and people noticed his smile break through an otherwise stoic demeanor more than once.

Murray looked shell-shocked, stunned, even saddened — like Wes Anderson just told him he’s not allowed in any more of his films again.

Of course, the Twitterverse chimed in with some Murray memes that looked familiar.

And drew some comparisons to the unfortunate soul from Indiana Jones and the Last Crusade, as well as his Ghostbusters days.

And it’s already a GIF for you to share as well.

Here’s a feed from inside the arena catching a longer version of LeBron’s reactions with some laughs from inside as well.

You can catch the entire performance via Billboard if you didn’t see it live yesterday.

Not everyone was piling on though, as plenty of Gray fans supported the “uniqueness” of her rendition.

The performance of course brought back some memories of Fergie’s rendition in 2018, where both Steph Curry and Draymond Green of the Golden State Warriors were caught either laughing or smiling.