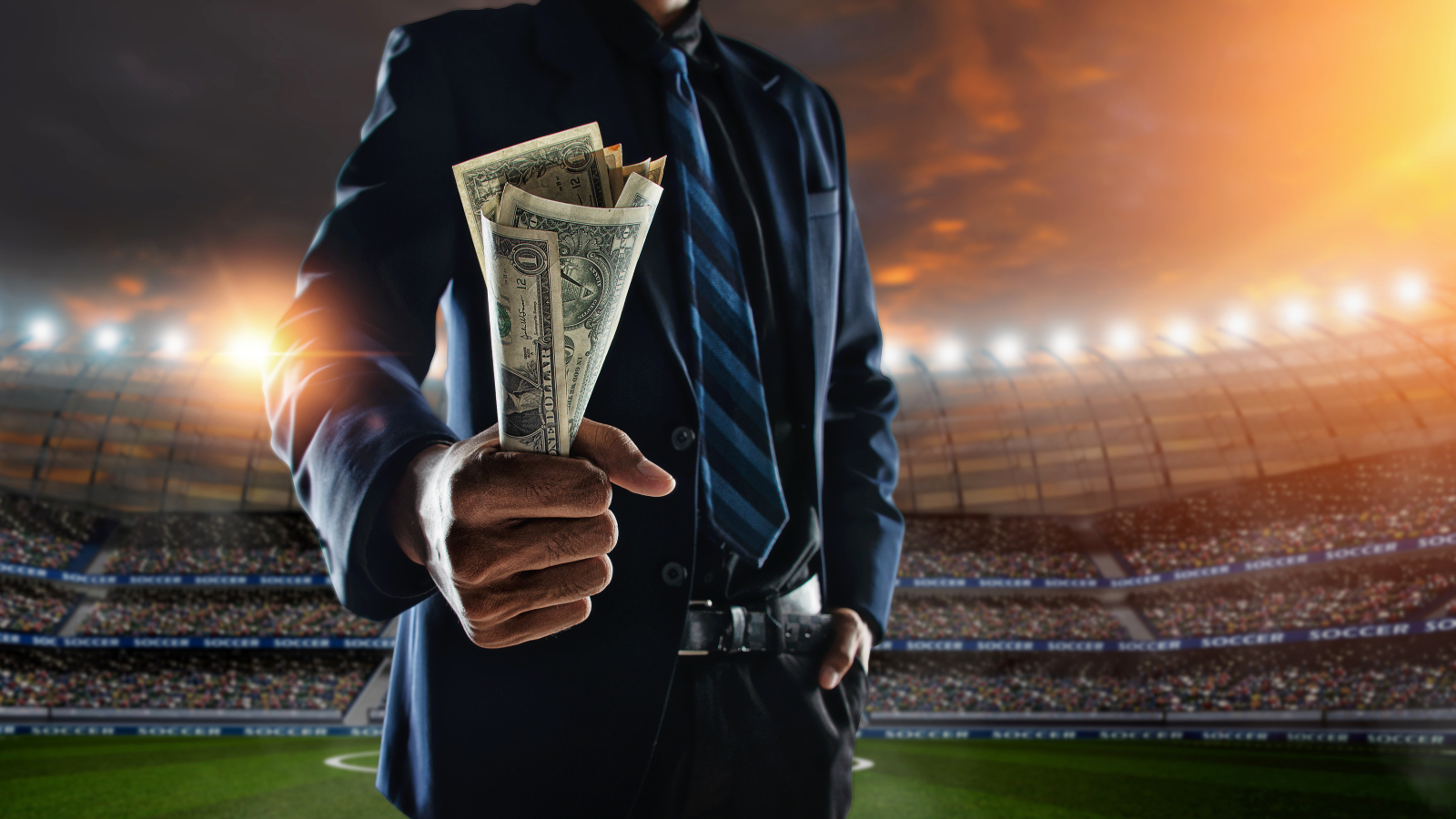 Another year, another couple of sports team sales, another new record.

The latest team up for sale, the NFL’s Denver Broncos, were sold for a record amount in June that topped the richest sale around the world in the history of sports teams.

The Walton-Penner family group, led by Walmart heir Rob Walton, who is the son of Walmart founder Sam Walton, purchased the Broncos for a reported $4.65 billion dollars (yes it feels appropriate to write both the dollar sign and the word dollars in this case).

The sale price soars past the previous record sale by a full billion dollars, topping the $3.3 billion the Brooklyn Nets were bought for by Alibaba cofounder Joseph Tsai in 2019.

Earlier this year, English Premier League soccer club Chelsea were put up for sale because of the status of the now-former owner, Russian oligarch Roman Abramovich, who sold the club after sanctions from the British government following Russia’s military invasion of Ukraine and its continuing occupation of parts of that country. The sale price was listed at $3.08 billion (or 2.5 billion British pounds), but some reports have the total higher than that, but it seems that the price was around $3.1 billion according to multiple outlets.

As the money surrounding sports franchises continues to reach unfathomable levels, trending higher and higher into the billions as people (or groups of filthy, filthy rich people) buy up sports teams for record amounts, it’s only a matter of time before a new record is set for another sports franchise somewhere.

What is the full list of the most expensive sports team sales in history? Let’s rattle through the top 11 — for the number of starters on both sides of the field in the NFL — before another team hits the market and breaks the list!

The former owners, Nintendo of America, sold the team to a group of 17 minority owners, with Stanton being the leader and CEO of the club.

Formerly, he was a part of ownership or a board member for Microsoft, Costco, and Columbia Sportswear, as well as the founding company that went on to become T-Mobile USA.

In what was a record purchase 2014 for $1.4 billion, the most-ever for an NFL team, the couple of Kim and Terry Pegula put a lot into the other-other team in New York state.

With good investment and direction, the Bills have gone on to become one of the top clubs in the league, getting to the precipice of the Super Bowl behind quarterback Josh Allen but not quite able to break through yet.

The couple also own the Buffalo Sabres of the NHL.

The veteran of our list and the only one that goes beyond 2014, this one is a bit tricky (or should we say sticky).

ManU was sold, or rather taken over in the majority, in 2005 when Malcom Glazer took on 98 percent of the club as the minority shareholders were squeezed out. He originally only had a little more than three percent of the club, and upped that to 15 percent in 2003 and doubled that amount again in the next year. Then, Glazer took on another 28.7 percent stake to push him to 57 percent, allowing him to launch the takeover bid — which he did in quick succession and has since included more of the Glazer family.

We say tricky and sticky because fans of the club protested the sale and takeover at the time, and have continued to show their displeasure with the way the Glazers put the club in debt. They were also unhappy that the Glazers tried to move ManU into the proposed European Super League, a breakaway effort among the richest European clubs which fell apart.

One of the most well-known sports team purchases in recent history, this was also a record purchase for an NBA squad back when the sale went down.

For those unfamiliar with the story of former owner Donald Sterling’s terrible, racist, and sexist behavior, his continued presence and meddling dragged “the other L.A. team” down to laughable levels year after year. Finally, in 2014, it came to light via recordings that all the rumors and innuendo were indeed true, and during the Clippers’ playoff run in 2014 led by Chris Paul and coach Doc Rivers, the league forced Sterling to remove himself from the NBA and sell the team.

The often-described eccentric billionaire and former Microsoft CEO Steve Ballmer stepped in and happily plopped down an obscene amount of money for the team and instantly became, if not the face, a face of the franchise with his child-like antics and cheering courtside at games.

He pledged to invest in the team and has done so, with a new arena for the Clippers on the way as well, which will only push the value of this team even higher.

The new buyers were an ownership group dubbed Guggenheim Baseball Management, led by Stan Kasten, but the most famous of the crew was someone with a small minority stake in the team but a very big personality — former NBA star Magic Johnson.

Johnson has been visible as a face of the franchise and valuable in helping lure other top talents — like Mookie Betts — to the club, culminating in a World Series win in 2020.

Things are going a bit better for the club now after the team needed to be sold because the former owners, the McCourts of Frank and Jamie, went through a bitter and messy divorce.

Tilman Fertitta had his sights set on buying Houston’s basketball team for more than 15 years.

He first tried to buy the team in 1993 but lost out to Leslie Alexander for $81 million.

No big deal. The restaurateur and casino businessman — who you may have heard some controversial things from (but isn’t that a lot of owners?) — Fertitta only had to wait 16 years and pay, oh, just a little more than that, as his purchase of the Rockets in 2017 set the NBA record at the time, only to be topped by Tsai’s purchase of the Nets only a year later.

David Tepper went from a partial owner of the Pittsburgh Steelers to the full ownership of the Panthers, setting the record for an NFL team at the time, which we now know sets the course for the next sale to topple that record most of the time.

This is one of a few sales on the list that came by way of a not-so-straightforward situation of an owner who just wanted out or to make some more money. Former owner Jerry Richardson was forced to sell the Panthers after allegations of misconduct on several accounts.

Following the finish of the COVID-19 pandemic-delayed 2020 baseball season, Steve Cohen showed that the worldwide health crisis didn’t dampen his earnings enough to dissuade him from buying the Mets. Cohen bought the club in November 2020, paying the most ever for an MLB squad.

Not the first and likely not the last Premier League team to have a U.S. owner, Chelsea FC were purchased earlier this year by Todd Boehly for what was only a few months ago the second-highest sum ever paid for a sports club.

In short time, that has already moved from number two to number three, and we’ll see what sales are to come in the future that might move this one down even further.

Boehly actually is part of another team on this list, as he also has an ownership stake in the Dodgers.

For comparison, after Chelsea and Manchester United, the next biggest sale of an EPL club was in 2018, when Arsenal were bought for $753 million. It’s doubtful we’ll see sales in the millions anymore.

The sale price of the Nets tends to fluctuate depending on how it’s reported and what method is used.

In total, the sale price stands as the second highest ever for a sports team, but it wasn’t bought in full all at once.

Tsai bought in for 49% of the Brooklyn basketball franchise for $1 billion in 2018 and took over the entirety of ownership from the former owner, Russian billionaire Mikhail Prokhorov, by paying another $1.35 billion to give us a starting cost of $2.35 billion, which would still stand at number five on this list alone. Yet, Tsai also bought the Barclay’s Center, the home of the Nets, for nearly another billion, bringing the total to $3.3 billion. Not all new owners need to take on the rights to the stadium or arena of the home team as well, but this unique deal allowed for that to happen as an entity of the team, so we’re keeping it here at No. 2 because it likely would be part of any deal if for some reason Tsai sold the Nets again.

Seeing the numbers listed in this Tweet brings a little bit more impact to just how much these teams have sold for, as well as the giant jump from the No. 4 Mets to Chelsea to the Nets, then to the Broncos.

It’s a jaw-dropping amount right now, but in 10 years’ time, will it even be in the top 10 anymore? With the rampant increase in interest in owning a team by those around the globe, as well as the prices of everything involved with professional sports on the rise year after year, there’s no telling where this is going or if it will plateau off at some point.

Sports surely involves some seriously silly money exchanging hands, something us regular fans can barely fathom, but we certainly get to play the game with our wallets as team values and the surrounding expenses of fandom aren’t about to slow down.