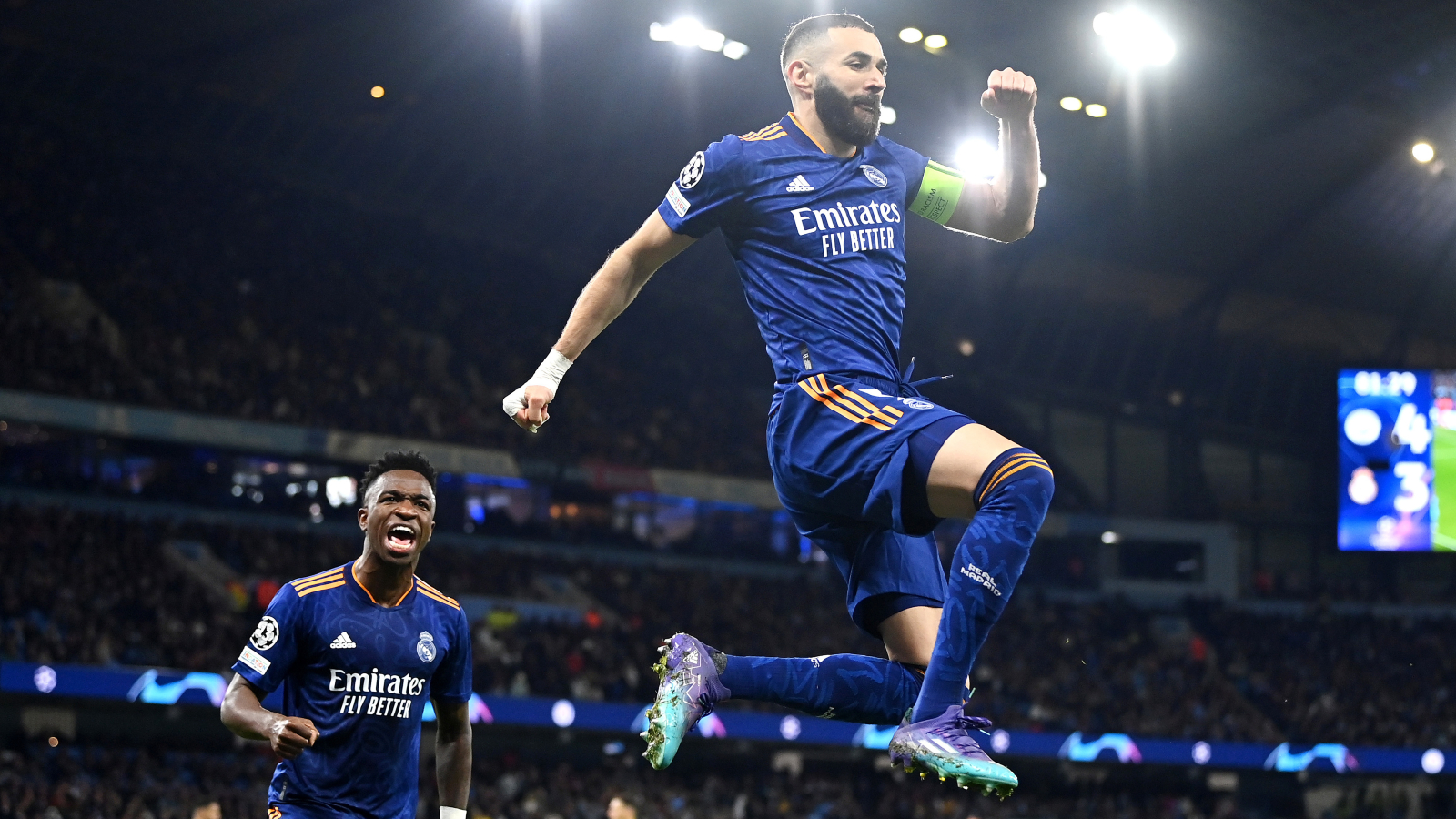 In an all-time classic full of frenetic energy and frantic action, in a match more resembling hockey than soccer, Manchester City kept flooding the box and stinging the back of the net in a 4-3 nail-biter over Real Madrid in the first leg of their UEFA Champions League semifinal Tuesday.

After Man City almost literally started the game out scoring, going up 1-0 in the second minute of action and adding a second goal minutes later, Real Madrid kept battling back but could never quite get the equalizer before giving up another goal.

Although the 2-0 early deficit could have felt overwhelming to overcome in some matches, the way the pace went, with the ball ping-ponging back and forth between the two sides with plenty of turnovers to boot, it was obvious we were in for a high-scoring thriller.

Now, one more match remains between the two sides in the knockout phase in the push to advance in the Champions League tournament.

“As a football fan, it was a fantastic game of football,” Real Madrid manager Carlo Ancelotti said following the match. “As a manager of Madrid, I have to take into consideration that we … conceded two goals very early. But we take three goals to the Bernabeu. We now hope to get to the final.”

Format and where things stand after the first leg

In the knockout stage, teams play each other twice in a home-and-home format, with the first leg on Tuesday taking place at Manchester City’s home of Eithad Stadium in Manchester, England.

The team that is ahead in accumulated — or aggregate — goals after both matches wins the semifinal matchup and advances on.

Playing as the away team, Real Madrid’s three goals in a losing effort actually would have meant worlds more just a year ago. Previously, away goals counted double if the aggregate score wound up tied. Meaning, as long as Real Madrid won the next leg by one goal and didn’t allow Man City to score three times, they would advance.

Starting with the 2021-22 Champions League competition knockout stage, which started in February, that rule no longer applies, and all away goals count as one no matter the aggregate outcome.

So, in order to top Manchester City and advance on past this stage, that means Real Madrid needs to win its home match by two full goals.

Next step to advance

The next leg of competition between Real Madrid and Manchester City is scheduled for next Wednesday, April 4 at 3pm ET at Santiago Bernabéu Stadium in Madrid.

If the match should wind up with Real Madrid ahead by one at the end of full time, that would mean the two sides would be equal in aggregate goals since Man City is ahead by one after the first leg.

Now, in the current format, the two sides would play extra time immediately following the end of play in the second leg, with two 15-minute halves played out in full to decide the winner.

However, if the sides remained in an aggregate tie after the extra time, then the two sides go to the ever-exciting penalty kicks.

Got it? Good! But, there’s still one more step after that.

If both sides tie in the shootout after all five players take their kicks, then, it goes to sudden death penalty kicks to determine the winner, with both sides getting one try each and alternating turns.

All that said, here’s how each side wins out and moves on.

“City have an advantage,” Ancelotti said. “But it’s not a big advantage and hopefully our supporters can help us on to achieve another final.”

The winner of this semifinal knockout stage will advance to play in the Champions League final scheduled for May 28 in Paris.