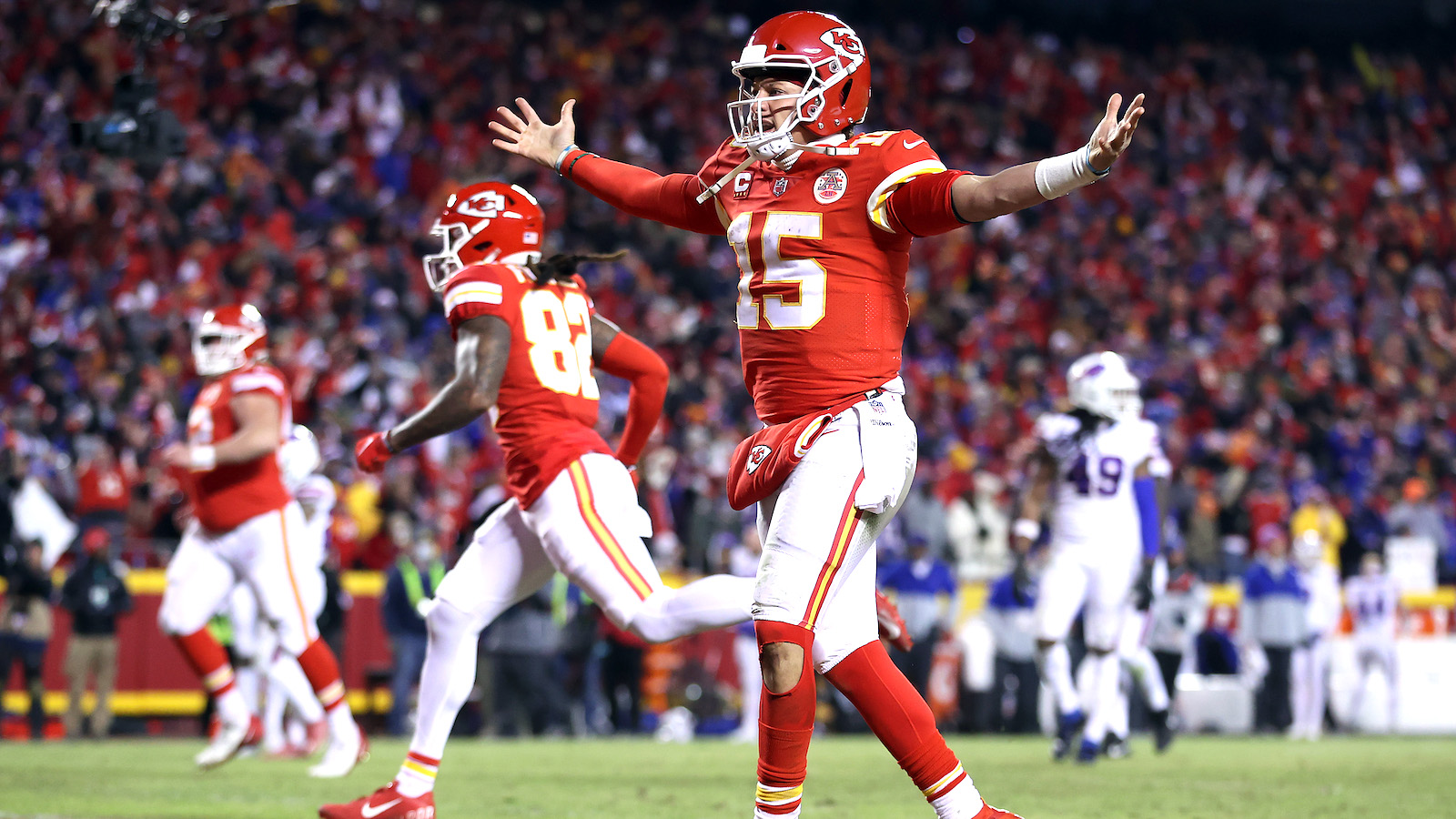 Last weekend’s National Football League divisional playoff games delivered March Madness in January: Four win-or-go-home games in two days, all with twists and turns until the very end. Every one of the four games decided in the final seconds, with heart-stopping plays and gut-wrenching moments for each of the teams trying to get to the NFL’s final four.

It was the NFL at its finest — maybe in its history — and one game in particular sparked both widespread excitement beyond the usual football fan circles, along with many heated discussions about the NFL overtime rules and why they need to be changed immediately.

Bills vs. Chiefs: An instant classic … spoiled by overtime?

The Buffalo Bills and the Kansas City Chiefs played an unforgettable AFC Divisional Playoff game last Sunday. In the final 1:45 of regulation time, they combined for 25 total points and three lead changes. Then, to intensify the drama, a field goal tied the game as the clock struck zero.

This led to overtime where, by rule, the NFL has a coin toss decide which team begins with possession of the ball. This is fairly crucial considering that an opening touchdown drive is the only way to deny the other team possession of the ball in overtime, ending the game as a victory for the scoring team.

Such was the case in Kansas City as the Chiefs moved 75 yards in 8 plays and scored a touchdown to win, sending them to host their 4th consecutive AFC Championship Game, while sending the Buffalo Bills home. It also sent some fans into a debate over why the NFL keeps an overtime format that can prevent one of the teams from having possession of the ball.

On Dec. 28, 1958, the NFL experienced the first-ever overtime period in its history. Colts running back Alan Ameche crashed into the Yankee Stadium end zone for a 1-yard touchdown run, courtesy of a Lenny Moore block that defeated the New York Giants and earned the Baltimore Colts their first NFL Championship.

It’s a truly historic moment in the annals of the NFL, more widely celebrated today as just a part of what is called “The Greatest Game Ever Played.” Such celebrations of overtime victories now often come with a social media response questioning the fairness of the new rules that govern overtime.

It wasn’t until 1974 that the NFL approved an overtime period to decide regular season games as a way to decrease the number of ties, as only post-season games require an absolute winner. Ironically, and quite humorously, the first-ever regular season overtime game ended in a tie. The Steelers and Broncos dueled to a 35-35 draw in Denver, failing to score with the extra 15 minutes.

At the time, overtime was simply sudden death, meaning that the team that scores first wins. Of course, overtime begins with a coin toss. The visiting team calls it and whoever wins the toss gets the decision to receive the ball or choose which goal to defend (as may be advantageous in games played in heavy wind). Although the coin toss still exists, the sudden death aspect to the rules changed in 2010 as a result of growing concern that overtime games gave an unfair edge to the team that won the coin toss.

However, this is where the biggest culprit comes into play. Overlooked by many who presently debate the new overtime rules of 2010, it was another unrelated NFL rule change that helped create the issue.

How the NFL overtime rules came to be

In 1994, the NFL initially moved the kickoff spot 5 yards back to the 30-yard line. This reduced touchbacks and thus allowed for more returns, and when those returns occurred they automatically put the receiving team closer to field goal range to start the opening drive. From 1974-1993, the time period that overtime existed in the regular season prior to the kickoff spot changing, the overtime winner was dead even between the team that won the coin toss and the team that lost the coin toss, both winning 47% of overtime games.

From 1994 to 2010, that percentage increased greatly in favor of the coin toss winner, as they won 60% of the overtime games. Thus, a call to change the overtime rules was answered in 2010 when the NFL owners, by a vote of 28-4, installed a new overtime format.

Those new overtime rules, which the NFL plays under today, is simply that each team is guaranteed one possession unless the opening drive ends in a touchdown.

This eliminates any chance that an opening drive ending in a field goal wins the game. If such a field goal occurs, then the opposing team is allowed one possession to match the score or produce a game-winning touchdown.

Are the NFL overtime rules fair?

Since this change, the coin toss winner won the game 53% of the time and the coin toss loser won the game 41% of the time. There have been 11 overtime playoff games since these changes, and the coin toss winner has won an overwhelming 10 of them, one of which saw the Chiefs themselves in the opposite position they were in last weekend as the Patriots scored on the opening overtime possession of the 2018 AFC Championship Game (Jan. 2019) to win in Kansas City. This is why the present controversy exists.

It should also be pointed out that the NFL kickoff spot has changed multiple times since, ultimately returning to the 35-yard line, but in an attempt to force more touchbacks in the interest of player safety, the NFL also moved the spot of the touchback from the 20-yard line to the 25.

Many people have offered solutions to solve the playoff overtime disparity, the most common being that both teams should have one possession in overtime even if the initial possession results in a touchdown. The side effect of this is that it could result in even more ties in the regular season, as the overtime period has been reduced from 15 minutes to 10 minutes (a time limit being obviously non-existent in the playoffs).

The game has changed drastically throughout the decades. Sometimes, as much as the game itself changes, the fan reaction does even more so.

When Johnny Unitas led the Colts to that overtime victory for the NFL title in 1958, there was no outcry, despite the fact that it was sudden death. Of course, the Giants had won the coin toss and had a possession but no one cared about those details. They were watching an overtime NFL game for the first time and it was also for the championship. That excitement isn’t overlooked because of heads or tails.

The many other suggestions to change overtime include everything from reaching 8 total points to making it first touchdown wins to having a college football style of overtime which starts by giving both teams a possession that begins at their opponent’s 25-yard line.

When the NFL discusses the potential changes, perhaps they will consider all possibilities. If they do, in order to decide which new rule to adapt, maybe they should flip a coin.