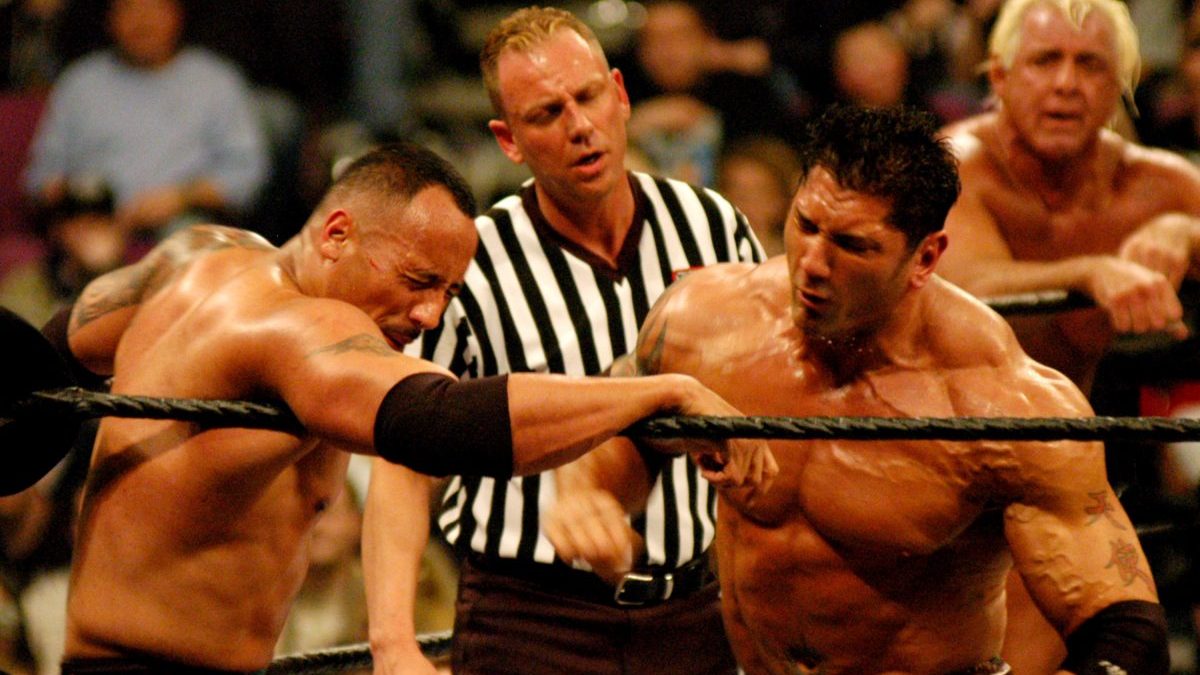 Dave Bautista and Dwayne Johnson are frequently compared online. This is for obvious reasons, as the two men have had surprisingly similar career trajectories; both made their names in the professional wrestling ring before moving to Hollywood, where they’ve appeared in several popular movies.

This means that movie fans frequently debate which of the two is the best actor and who has had the best film career. Plus, Dave Bautista has developed a cult following online thanks to his performances in popular movies like Glass Onion: A Knives Out Mystery and Thor: Love and Thunder.

But which actor won more matches in the ring? Here is everything you need to know.

How many matches did Dave Bautista win?

Dave Bautista was an active wrestler between 1999 and 2019. He wrestled in both the WWE and Ohio Valley Wrestling, and according to the wrestling database Cagematch, he wrestled 991 matches in total. According to Cagematch, Bautista won 618 of these matches, lost 342 bouts, and 31 of them ended in a draw of some kind. This means that Bautista ended up winning 62.4% of his wrestling encounters.

How many matches did Dwayne Johnson win?

Dwayne Johnson, better known as The Rock, had a legendary wrestling career starting in 1996 and ending in 2019. One of the biggest names of WWF’s Attitude Era, The Rock was one of the most frequently seen figures on TV during the prime of his career.

According to Cagematch, The Rock had 854 matches during his in-ring career. The Rock won 452 of these matches, lost 355 fights, and 47 ended in a draw of some kind. This means that The Rock ended up winning 52.9% of his bouts.

Which wrestler had the best wrestling career?

Professional Wrestling is a storytelling medium, so comparing pure win/loss ratios isn’t the best way to summarize a wrestler’s career. This is doubly true in the modern era as babyfaces (the “good guys”) will often lose several times before eventually topping the heel (the “bad guy”) in the big final match that ends the storyline.

In fact, it is commonly accepted that babyfaces will lose to big-name heels on freely viewable TV shows to encourage fans to pay to watch the pay-per-view events to finally see the heel get their comeuppance. So, many of both men’s losses are due to their opponent cheating, outside interference, or other storyline shenanigans.

However, it should be noted the wrestling industry is forever changing and evolving. Dave Bautista and Dwayne Johnson were at their peaks during different eras of the WWE. This means how the company handled storylines, title changes, and other elements were massively different. This means you cannot make a perfect, one-to-one comparison of their time in the ring.