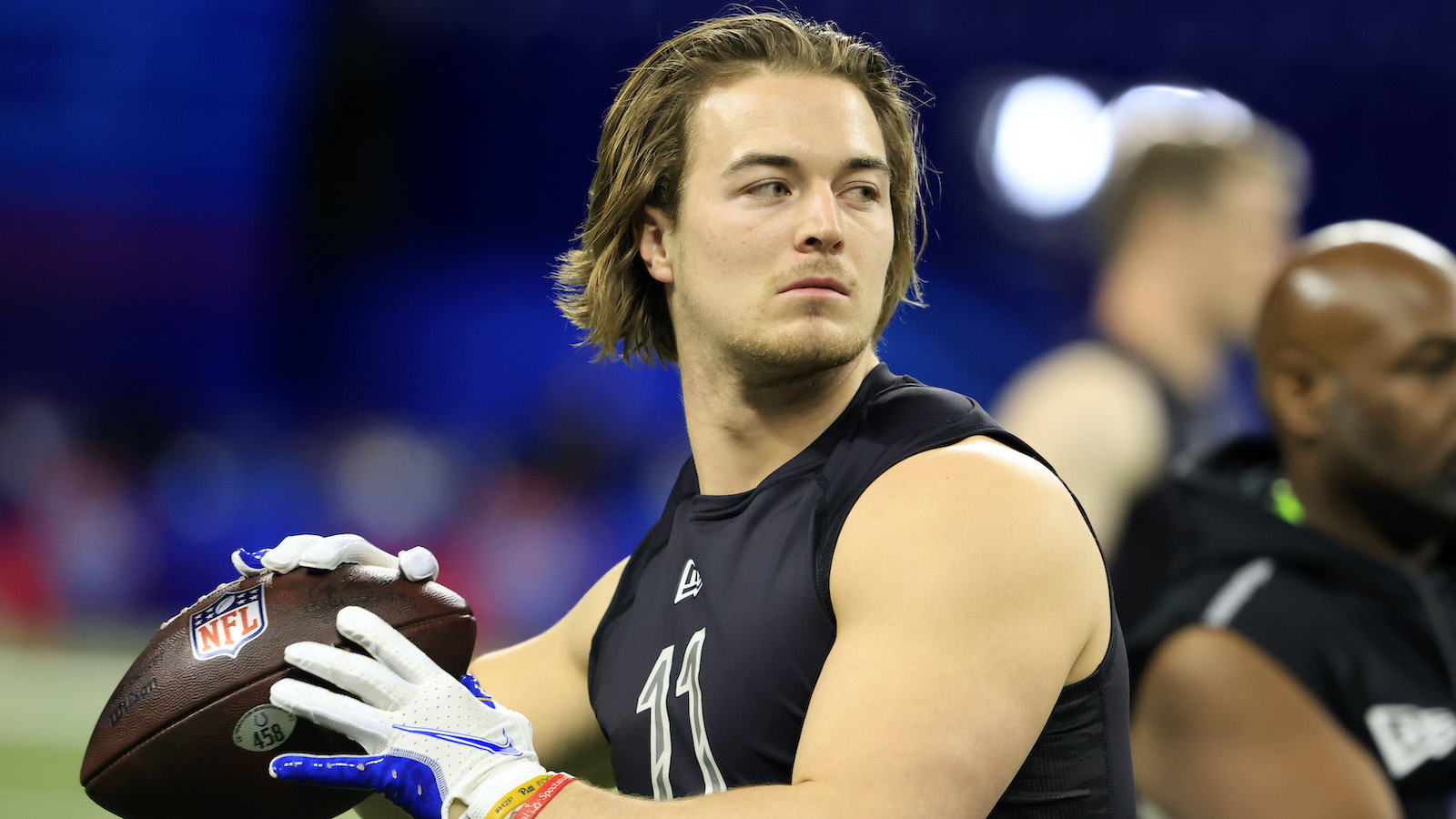 The NFL Draft has returned as a new class of college football players are preparing to start their careers. Although it used to be in New York every year, the hosts have rotated in recent years and the 2022 edition will be at the Bellagio Hotel in Las Vegas.

While it may not have the hype of the vaunted 2021 class, there are still a lot of teams that are looking for a QB this year. With the draft season now over, many analysts and scouts still disagree on who the best play-caller is this time around. There are a few clear candidates but no obvious answer for teams that will have to make a decision in the coming days.

The NFL draft will take place over three days with round 1 on Thursday, rounds 2-3 on Friday and rounds 4-7 on Saturday. Here is how to find out who the first quarterback selected is when the first round begins:

The Jacksonville Jaguars will have the first pick on Thursday, and hardcore fans will remember the Jags as the team that had the #1 pick last time as well. It didn’t help them out too much last season, and they are back here again looking for a fresh start.

The Jaguars had many problems in 2021 but the QB position wasn’t one of them, and they are not among the teams that will be drafting a QB after taking Trevor Lawrence last season. Jacksonville won’t care though, as this year’s class is stacked with exciting pass rushers, stars from the legendary Georgia title-winning defense and is lacking in the high-end QB prospects that we had last year.

Regardless of how good this group of players is, the NFL never stops and eventually teams need new QBs. One team in this position is the Pittsburgh Steelers, who are expected to take a signal-caller early on this year. The Steelers have reportedly met with as many as seven draft-eligible QBs this off-season, showing that they, like many teams, are having a hard time ranking this particular bunch.

The leaders on the eve of the draft are Liberty’s Malik Willis and Pitt’s Kenny Pickett, both slated to go in the mid-to-late 1st round. Those two have inched ahead in recent weeks, but the feeling for months has been that there is not much separating any of the top five QBs this time around, and that none of them are likely to be picked in the top 10 of the first round.

However, this is still the NFL Draft, and crazier things have happened. If a QB-needy team were to shake things up early on, it could cause a rush on QBs and Willis or Pickett could go soon after. The other big prospects — UNC’s Sam Howell, Ole Miss’ Matt Corral and Cincinnati’s Desmond Ridder — could benefit from this and end up rising the leaderboard as well.

After all, it only takes one decision-maker to fall in love with a player to change the course of the draft for everyone. There isn’t a slam-dunk pick like Lawrence from this draft but the first QB chosen will be chosen in the first round, and it just might end up being sooner rather than later.