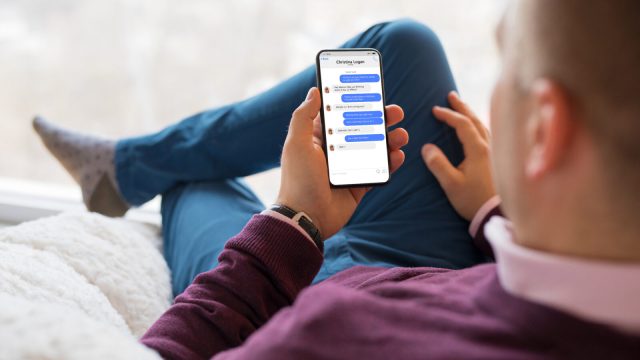 An upcoming Apple iMessage update could present the tantalizing possibility of unsending a message, and users are intrigued.

The new feature is already an established norm on other instant messaging services like WhatsApp, but its arrival on iMessage would bring the ability to unsend a mistaken message to a far larger user base. People have been clamoring for the addition for years now, and the fact that it’s finally arrived is being met with enthusiasm. A few lingering concerns remain, however, as users wonder if the feature will work as intended.

Can you really unsend an iMessage?

The ability to unsend an iMessage is right around the corner. Once iOS 16 rolls out, users will have the ability to unsend messages for up to 15 minutes, and early feedback indicates that the feature works perfectly – for most. There is an important catch, but — overall — the highly-anticipated feature appears to work as intended. Users can try it out for themselves with iOS 16’s public beta, which is currently available.

The update should provide iMessage users with the ability to unsend messages that they don’t wish to be seen, and also provides the ability to edit a message that was muddled or sent by mistake. This ability can ease some of the annoyance in texting, particularly where autocorrect is concerned. But, for the time being at least, its all but useless.

That’s due to the one major catch in the new iMessage feature – both users absolutely have to be using the iOS 16 beta for it to work, according to the Verge. See, the feature doesn’t exist on phones that use older versions of iOS, and thus cannot be used. So even if you have the iOS 16 beta — or iOS 16 itself — on your phone, the message you attempt to unsend will still appear on the recipient’s phone if they’re running anything but iOS 16 as well. And since very few people are currently running the new beta on their devices, the feature is — at present — essentially pointless.

If you run in one of the rare circles in which iMessage users stay obsessively up-to-date in their updates, you might be able to use the feature effectively, but the rest of us have a while to wait before we’ll be unsending anything. Currently, upon attempting to unsend a message to a non-iOS 16 user, the recipient will simply see the original message, as well as notes about any edits you may have attempted. But instead of simply seeing the edited message, they will see both the original and the edited version, along with glaring signposts informing them that it was “Edited to” whatever you changed.

In its current state, the update to iMessage’s features is all but useless, but that doesn’t mean it’s not exciting. By the end of 2022, we presume most iPhones without the update will be in flames — as seems to be common with any Apple product — and the feature should be all but seamless across devices. Users will just have to wait until the update actually rolls out — and non-updated devices become obsolete — before they can rest assured that unsent messages are, in fact, unsent.