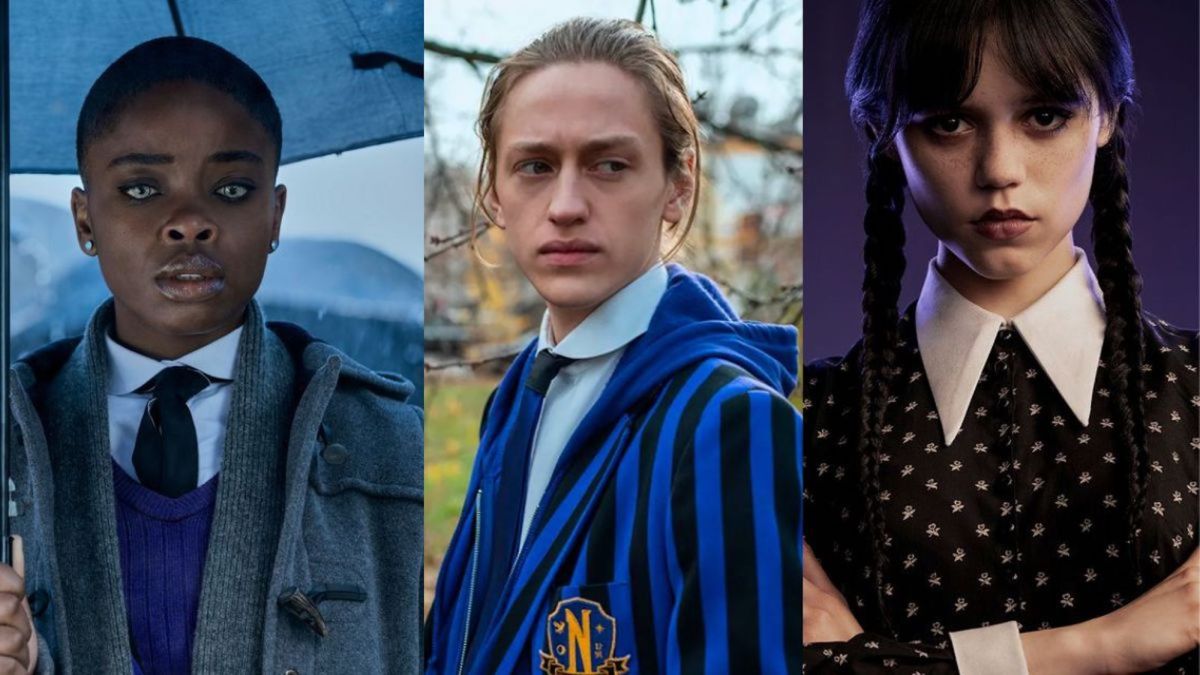 Wednesday Addams isn’t the type of teenage girl who’s super interested in pursuing romantic relationships with kids her age. Plenty of teenage girls around the world have love on the brain, making it hard to focus on other things. Netflix’s Wednesday showcases a girl who has other interests in mind, such as solving crimes and standing her ground against terrible bullies.

Interestingly enough, Wednesday seems to be caught in an unexpected love triangle in Season 1 of the show anyway. Bianca and Xavier used to date each other back in the day, but now that they’re broken up, he has the chance to pursue Wednesday. Here’s a breakdown of what’s going on between Wednesday, Xavier, and Bianca.

The love triangle between Wednesday Addams, Xavier, and Bianca is messy

The first two episodes of Wednesday showed off the slow-burning crush between Wednesday and Xavier. He finally made it clear that he was interested in her romantically, but she wasn’t the easiest person for him to open up to. At the same time, the drama between Wednesday and Bianca sparked up at the very beginning, since the two girls never quite got along.

Bianca seemingly started judging Wednesday as soon as she enrolled at Nevermore Academy. Bianca instantly came across as a know-it-all in the classroom, trying to look smarter and wittier than everyone else. For these reasons, Wednesday simply wasn’t impressed by Bianca’s behavior. Since Bianca knows how to read social cues, it was easy for her to pick up on the fact that Xavier was developing a crush on Wednesday.

She went out of her way to sabotage any budding relationship between them by approaching Xavier in private to bash Wednesday’s character. Bianca also tried to convince Xavier that they belonged together by telling him she should give him another chance. Ultimately, Season 2 of the show will finally give viewers a chance to see where Xavier’s head is at between Bianca and Wednesday.

Wednesday started developing slight feelings for another boy named Tyler for a little while. She noticed him while visiting a local coffee shop where he was working as a barista. Unfortunately, Wednesday’s feelings for Tyler came to an abrupt halt when she realized that he was actually a monster named Hyde who could transform at the drop of a hat.

Hyde is the monster she spent so much time hunting down after he started attacking different people in town, including Nevermore Academy students. Finding out about Tyler‘s true identity was a huge relief to Wednesday, even though their love story never had a chance to play out.