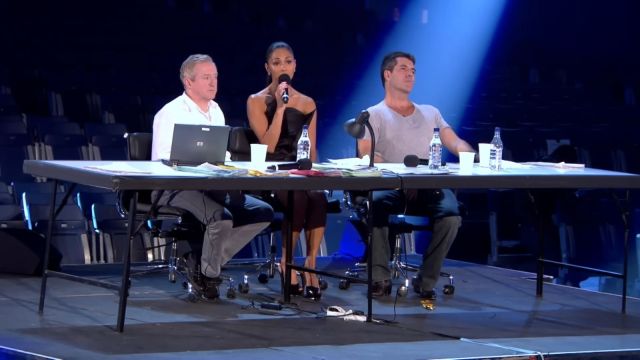 Image via The X-Factor

For most people, they knew the TV show, The X-Factor as the origin story of one of the biggest boybands in the world. But for some, they’ve heard stories that shed a darker side of the reality tv show that’s rarely or never seen on screen. And now, those stories will shine underneath the limelight. A documentary about the alleged bullying and harassment on the popular TV show is in the works.

According to the Daily Mail, an exposé about the well-known reality and talent search show was produced by “two well-known” production companies. Multiple people involved in the show, such as former contestants, one of the creators, and one of Simon Cowell’s former aides have agreed to take part and tell their experiences on the show. A source told Daily Mail that some of the contestants who came forward believed that they were mistreated on the show and that they are now ready to break their silence.

“There are currently some former contestants telling their stories for the programme. There are some out there who believe they were mistreated by The X-Factor machine.

They are now going to get their chance to have a say. But what is more worrying for Cowell and ITV is that there are some of his former lieutenants who are ready to break their silence on what went on.”

So far, a few former contestants have shared their experiences with the public. Former 2010 finalist, Katie Waissel, has claimed that she was sexually assaulted by the show’s team. 2014 runner-up, Fleur East, claimed that she was ‘left on the shelf’ after she released one album. And 2012 contestant, Zoe Alexander, alleged The X-Factor set her up to be mocked on television.

The X-Factor is a reality tv and music competition where three celebrity judges search for the next big thing. The show originated in the U.K. but later spread across the globe, with multiple countries having their own iteration of the show. The show was created by Simon Cowell, who is one of the judges in the UK show and it introduced big names to the music scene such as One Direction, Little Mix, and Leona Lewis. Last year, iTV announced that the reality TV show was axed after 13 years of broadcast.

So far, a release date for the exposé has not yet been made public. But knowing that multiple contestants have come out to share their stories, expect some tea to be spilled.