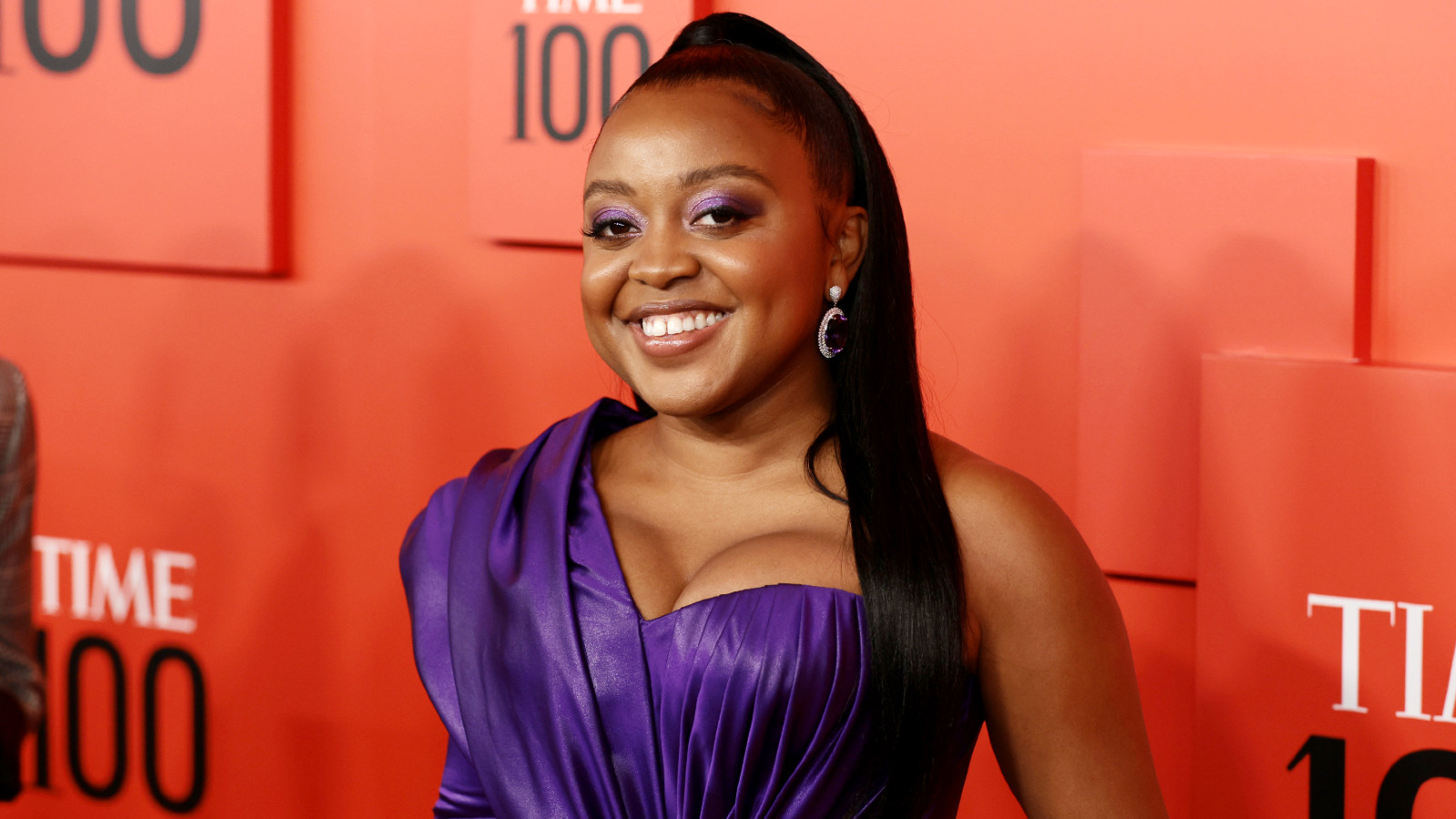 ABC’s Abbott Elementary inarguably became the breakout hit of 2022, which is no small feat for a network comedy these days. But the mockumentary-style sitcom succeeds in no small part due to series creator and star Quinta Brunson, a Philadelphia native who drew from her own real-life experiences to inject the series with just the right combination of humor and heart — quickly drawing comparisons to NBC’s beloved Parks and Recreation.

But before creating, starring, and co-executive producing her own show, Brunson got her start as a video producer for BuzzFeed Video after dropping out of school at Philly’s Temple University and moving to Los Angeles.

In a new comedy actress roundtable with The Hollywood Reporter alongside Amy Schumer, Selena Gomez, Tracee Ellis Ross, Molly Shannon, and Bridget Everett, Brunson revealed the unlikely inspiration for her leap of heart: the indubitable charm and influence of beloved actor Paul Rudd.

As Brunson explained, she was on a date with a guy when she encountered Rudd at a movie theater in Philly. Though the timeline is unclear, Rudd did spend time in the city filming the 2010 James L. Brooks comedy How Do You Know — so Brunson, who is 32, would have been around 19 or 20 at the time.

Brunson, who was raised a Jehovah’s Witness, said she had aspirations of doing comedy but had been keeping them mostly to herself, and assumed she would get stuck marrying her date due to her strict religion. But fate had other plans!

“So, Paul Rudd was in front of me at the theater, and I lost my mind. I thought I was hallucinating, but I tapped him and was like, ‘Are you Paul Rudd? You are Paul Rudd. I’m seeing this, right?’ And the guy I was on a date with didn’t know who Paul Rudd was, and I was like, “I can’t …”

“I can’t marry someone who doesn’t know who Paul Rudd is; it meant he didn’t see so much of what was formative to me comedically. So, I was talking to Paul and it was before I was here [in Hollywood], so I didn’t know it was annoying to talk to people. I said, ‘I’m actually interested in doing comedy. I went to Second City to take classes.’ He was like, ‘That’s great!’ Then he was like, ‘If you want to do comedy and you love it and you can do it, then you should do it. There’s nothing that should stop you or get in your way. You should absolutely pursue it.’ And it changed my life. I stopped talking to that guy, and I made a plan to move to L.A.”

Brunson added that she later told the story to Seth Rogen, who then relayed it to Rudd, who unsurprisingly had “no recollection” of the encounter. But either way, we’re glad it happened!

Obviously, it would be a huge disservice to Brunson to say that we have Paul Rudd to thank for the phenomenal Abbott Elementary — as well as bequeathing the gift of Quinta Brunson to the world — but we see what you did there, universe. Keep up the good work!