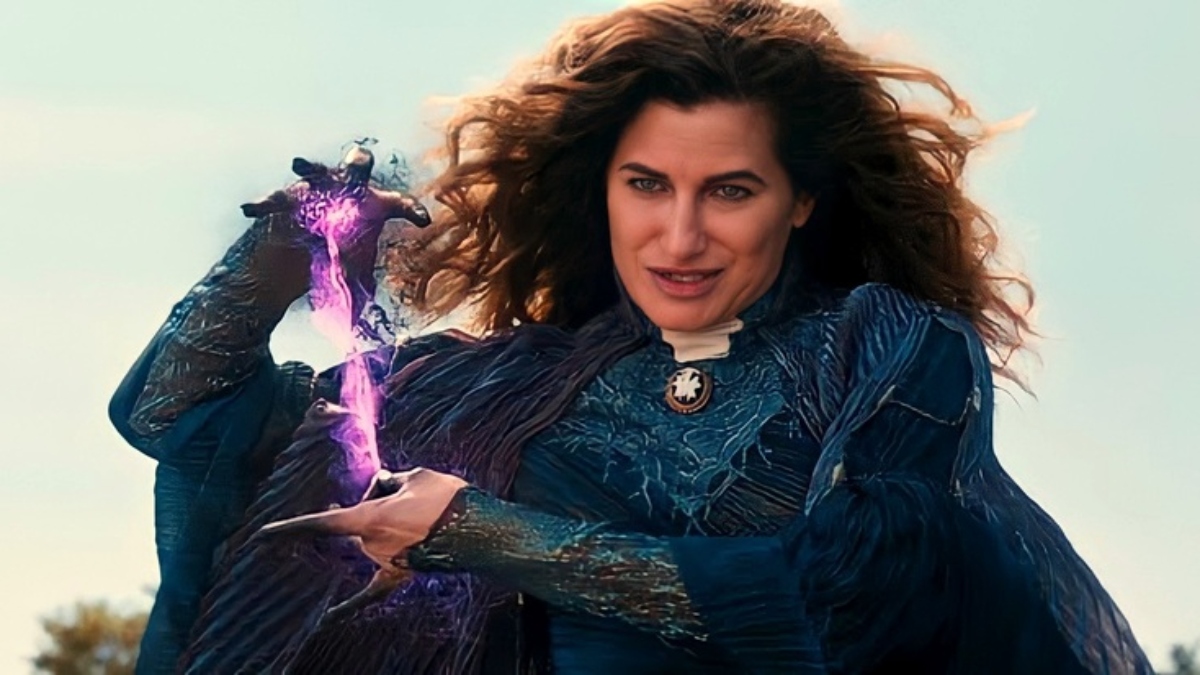 There’s a lot of hype and anticipation for the upcoming Disney Plus show Agatha: Coven of Chaos starring the always magnificent Kathryn Hahn. Now we’re getting our first sneak peek at the set.

Actor Joe Locke (Heartstopper) shared a photo on his Instagram story of the set, confirming that the show is indeed being filmed right now.

“Ahhh what is happening” he wrote as a caption with an exploding head emoji. Locke joined the cast of the show in November, and while his role hasn’t been confirmed, there’s been specualtion that he’s going to play Billy Kaplan aka Wiccan, the second coming of Wanda Maximoff’s son.

Agatha: Coven of Chaos centers around Agatha Harkness (Hahn), who disguised herself as a nosy neighbor to Wanda Maximoff in Wandavision. Harkness became obsessed with trying to harness Wanda’s chaos magic for herself.

In a previous press release touting WandaVision from Disney Plus, Hahn said getting to play Agatha in a Marvel property was a “crazy dream.”

“The fact that I get to do all of this — with these actors, with [producer and director Matt Shakman], and play with all of these different characters — it’s a crazy dream that this is my way into this world. It’s bananas. And now with my kids, maybe I will have a little bit of cred! Not much yet, because I’m still a big old nerd to them, but maybe I will be a little bit cooler in their eyes after [WandaVision] comes out.”

Hahn recently said she was most excited for Agatha’s “costumes and her nails. They’re fabulous.” We’ll keep you posted on any other Agatha-related developments.