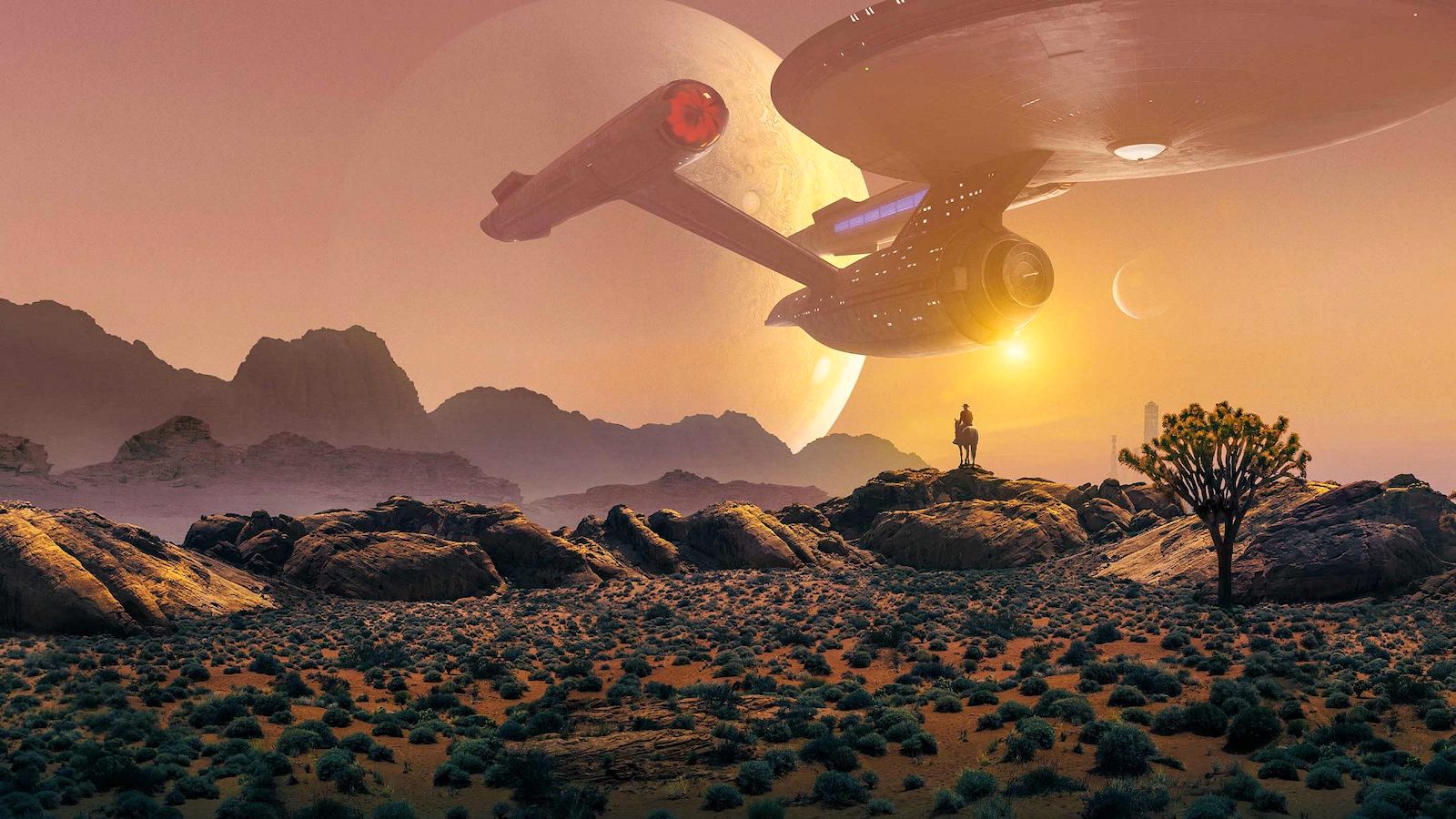 The latest Star Trek series to hit Paramount Plus premieres this May in the form of Star Trek: Strange New Worlds. A spinoff of Discovery, the series will serve as a prequel to The Original Series, as it will follow the adventures of the U.S.S. Enterprise in the years before James T. Kirk took command. Anson Mount, Rebecca Romijn, and Ethan Peck will be reprising their roles as fan-favorites Captain Pike, Number One, and Spock, respectively, and they’ll be joined by an ensemble of newcomers playing both familiar and fresh characters.

As its release date draws near, Paramount Plus has been sharing all new details about the show’s cast, so we finally know what to expect from the new team. So, with Strange New Worlds beaming onto streaming in less than a month, now’s the time to become acquainted with the original original crew of the Enterprise. Read on for a full breakdown of the much-anticipated series’ main cast and who’ll they be playing.

Christopher Pike — Kirk’s predecessor in the Enterprise’s captain’s chair — had previously been played by Jeffrey Hunter, Sean Kenney, and Bruce Greenwood, but Anson Mount (Marvel’s Inhumans) quickly made himself the most beloved incarnation of the courageous character during his recurring role on Discovery season two. Now, 55 years on from his creation in 1966, Pike is back to lead his own show.

Rebecca Romijn as Una Chin-Riley/Number One

Originally played by Majel Barrett in TOS pilot “The Cage,” which also introduced Pike, X-Men star Rebecca Romijn’s portrayal of Number One has already done a lot to flesh the character out, including giving her an actual name, Una Chin-Riley. She’ll be back in Strange New Worlds to add further facets to Pike’s faithful first officer.

Stepping into the legendary role of Spock, previously embodied by Leonard Nimoy and Zachary Quinto, was no easy feat for Ethan Peck (Penny Dreadful: City of Angels), but he managed to win over fans with his younger, rougher-around-the-edges portrayal in Discovery. We can’t wait to see him grow into the Spock we know and love in Strange New Worlds.

When Star Trek went to series and Number One was eliminated, Majel Barrett was recast as Nurse Christine Chapel, a role she reprised in The Animated Series and two movies (The Motion Picture and The Voyage Home). In Strange New Worlds, Chapel will be portrayed by Jess Bush (Playing for Keeps).

Yet another TOS character reimagined for Strange New Worlds is Dr. M’Benga, who appeared in the classic show as Bones’ second-in-command of the Enterprise’s medical division. Originally portrayed by Booker Bradshaw, M’Benga will be portrayed on SNW by Dune actor Babs Olusanmokun.

The advantage of Strange New World being a prequel is that it gets to introduce elements from later series into the world of The Original Series. For instance, Bruce Horak (Warehouse 13) is playing Engineer Hemmer, a member of the Aenar, a blind, telepathic race first introduced in Enterprise.

Strange New Worlds will reveal that, before Hikaru Sulu piloted the ship, the Enterprise’s helmsman was Lieutenant Erica Ortegas, as played by Melissa Navia (Bull). Ortegas is pretty good at her job, too, as her character promo reveals that she thinks she’s one of the best pilots to ever graduate from the Starfleet Academy.

Probably the most intriguing of SNW‘s original character is La’an (pronounced La-Ahn) Noonien-Singh. That’s a name that carries a lot of weight in the Star Trek canon, with it confirmed that La’an is somehow related to the infamous Khan. A born survivor, she is the Enterprise’s chief of security and is played by Christina Chong (Line of Duty).

Uhura’s back! One of the most rightly celebrated of Trek characters, Nyota Uhura was brought to life by Nichelle Nichols in TOS and reimagined by Zoe Saldana in the Kelvin timeline films. Now, Broadway star Celia Rose Gooding is taking on the role, with Uhura just starting out as a cadet in Strange New Worlds.

Yes, James Tiberius Kirk himself will also appear on Strange New Worlds… eventually. Even though season one has yet to air, Paramount has already confirmed that The Vampire Diaries veteran Paul Wesley has been cast as the Enterprise’s future captain in the show’s second season, which is filming now. Wesley is the third actor to don the iconic golden jersey after William Shatner and Chris Pine.

Star Trek: Strange New Worlds kicks off its 10-part debut season this May 6 on Paramount Plus.