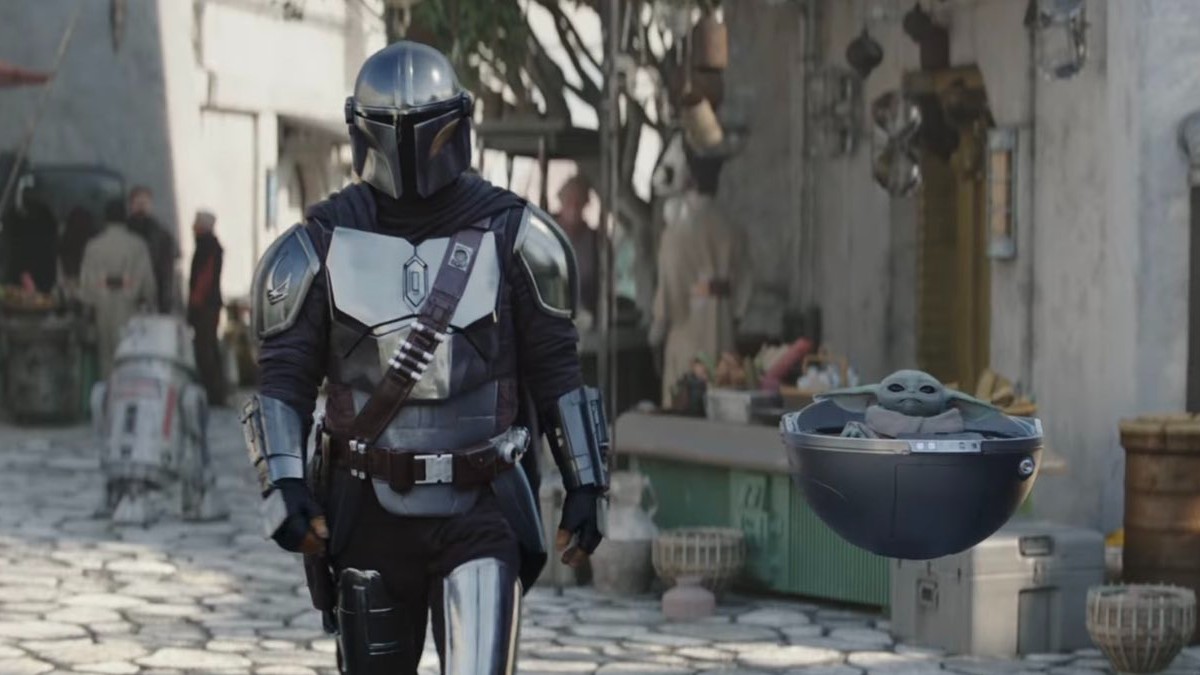 Mando and Grogu return in The Mandalorian season three for more intergalactic adventures, and behind the camera, there will be both new and returning talent directing the series.

When last we saw them, Mando and Grogu were on Tattoine battling alongside Boba Fett against the Pyke Syndicate. Boba had a showdown with Cad Bane and wound up the victor, and Mando and Grogu fought and subdued a Rancor. Grogu even got to use the Jedi abilities he learned from Luke Skywalker to stop the monster, and then promptly took a nap.

In season three, Mando will be atoning for having taken off his helmet by going to the mines of Mandalore and restoring himself in the living waters. He’ll also be up against Bo-Katan who failed to attain the Darksaber from Moff Gideon in season two, which would make her the rightful ruler of Mandalore. Instead, Mando has it, and he’ll be struggling with leadership since that’s not something he’s interested in. Sometimes, those who are meant to lead don’t have much of a choice in the matter.

These are all the confirmed directors for The Mandalorian season three.

Carl Weathers plays Greef Karga in The Mandalorian, and he first appeared in season one as something of an antagonist. He was an agent of the Bounty Hunters Guild who first assigned Mando to deliver Grogu to a client. Greef considers killing Mando and taking Grogu for himself, but he eventually has a change of heart and becomes allies with him instead. In season two, Weathers directed the episode, “Chapter 12: The Siege.” Mando reunites with Greef and Cara Dune on Nevarro when he has to get repairs done on the Razor Crest ship, and Mando agrees to destroy an old Imperial Base. Weathers took to Twitter to share his excitement for the series, and Greef will be returning in season three, too.

Bryce Dallas Howard directed the season one episode, “Chapter 4: Sanctuary,” where Mando protects a farming village from raiders on a swamp planet, and she directed the season two episode, “Chapter 11: The Heiress,” introducing Bo-Katan to the live-action series. She also directed the unofficial Mandalorian episode on The Book of Boba Fett titled “Chapter 5: Return of the Mandalorian” that won rave reviews and acted as a bridge between The Mandalorian seasons two and three. Mando is on his own after having given Grogu to Luke and is given guidance from the Armorer that sets him on his next quest: returning to Mandalore and cleansing himself in the living waters. The episode was stunningly beautiful and gave fans a preview of what’s to come.

Rick Famuyiwa is the new executive producer for The Mandalorian season three as Dave Filoni now helms the Ahsoka series. Famuyiwa directed the season one episodes, “Chapter 2: The Child,” where Mando fights a mudhorn to retrieve its egg, “Chapter 6: The Prisoner,” where he and a crew of criminals rescue a prisoner of the New Republic, and the season two episode, “Chapter 15: The Believer,” where Mando infiltrates Moff Gideon’s ship to retrieve Grogu. Famuyiwa also directed the critically acclaimed movie Dope and he was once slated to direct The Flash movie.

Lee Isaac Chung directed Minari and he will be a director on season three of The Mandalorian. Minari is a semi-autobiographical family drama about a Korean family making a new life for themselves in 1980s Arkansas. The movie starred Steven Yeung (The Walking Dead) and was nominated for six Oscars. This pairing between director and story might seem odd at first, but The Mandalorian isn’t all spaceships and battles. The series also has quiet and personal moments full of emotion, and that’s what this series has done well with scenes between Mando and Grogu.

Rachel Morrison is the cinematographer of Black Panther and will be one of the new directors of The Mandalorian this season. She’s known for her work on Fruitvale Station, Cake, Mudbound, and Dope where she worked with Famuyiwa. Her work has powerful messages and she’s fantastic at interpreting these messages visually. She’s proven that she’s highly capable of working on a sci-fi story with Black Panther, and she’s poised to do the same here.

Peter Ramsey was one of the directors of Spider-Man: Into the Spider-Verse, known for its stunning visuals and effective story. Ramsey was also the director of Rise of the Guardians from Dreamworks Animation. This isn’t the first time someone in the Star Wars universe is making the jump from animation directing to live-action. Dave Filoni directed several episodes of Avatar: The Last Airbender before, and he was the supervising director, writer, and executive producer of Star Wars: The Clone Wars. Ramsey has shown that he knows how to balance substance with style and that’s a perfect ability to have for The Mandalorian.