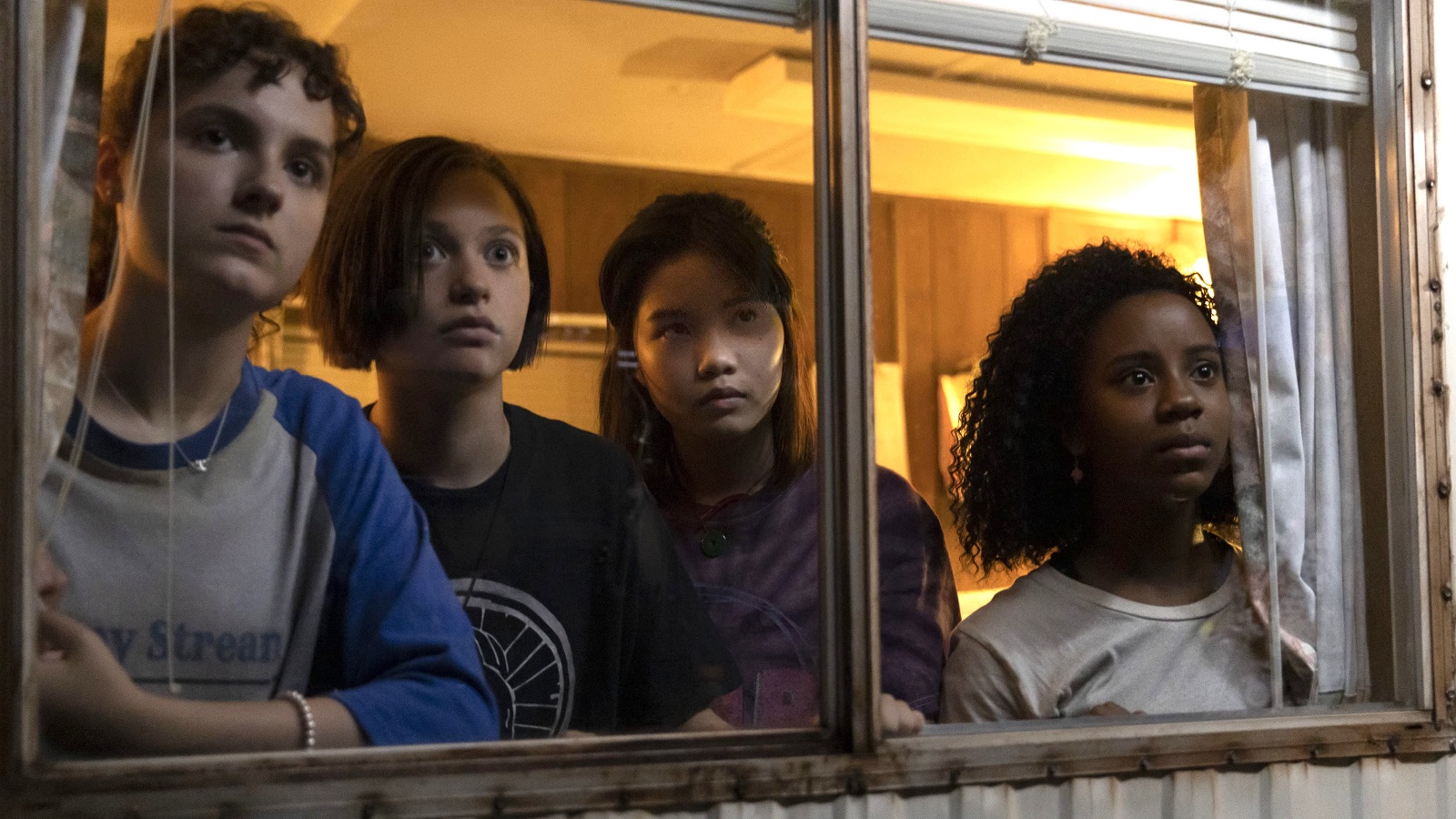 Cheers of joy echoed around the internet when the trailer for Paper Girls, Amazon Prime Video’s latest comic book adaptation, popped into our feeds earlier this month. Now, with the series finally available to the public, the reviews are coming in hard and fast, and it looks like Amazon’s answer to Stranger Things is hoarding its fair share of thumbs-ups if its current 100 percent approval rating on Rotten Tomatoes is anything to go by.

Based on Brian K. Vaughn’s comic book series of the same name, the series follows four friends, Mac, Tiffany, Erin, and KJ, who all have the same job delivering newspapers around their neighborhood in the 1980s. When the girls become trapped in a time warp that sends them all the way to 2019, they get involved in an inter-timeline war, all while meeting future versions of themselves and subsequently coming to terms with their fates.

Caitlin Welsh of Mashable was fond of the series and argued that Paper Girls was so much more than a good show in the realm of Stranger Things.

But this is a show with an enormous heart, and a beautiful setting for exploring the tension coiled tight inside that moment when childhood is over and adolescence hasn’t quite started. Those kids from Hawkins can blast Kate Bush and splay their hands at each other all they like, but there’s never been a Stranger Things scene quite like the one where Mac, Tiff, KJ, and Erin try to decipher a tampon box leaflet.

Our very own Scott Campbell was happy to praise the series as well, suggesting we could very well be looking at “the latest bingeable sci-fi streaming sensation.”

However, the fast-paced, fun-filled, impeccably-acted, and always engaging eight episodes will more than likely leave viewers crossing their fingers in the hopes that a renewal will be announced sooner rather than later.

Scott Campbell via We Got This Covered

And Jenna Scherer of The AV Club echoed similar sentiments, noting that while the show visibly is looking for its feet, we’ll likely find ourselves more than happy to come along for the ride anyway.

…it’s a highly bingeable slice of summer TV fare that, like its heroes, is going through some early growing pains. And considering it finishes on a cliffhanger, we’re crossing our fingers for a second season.