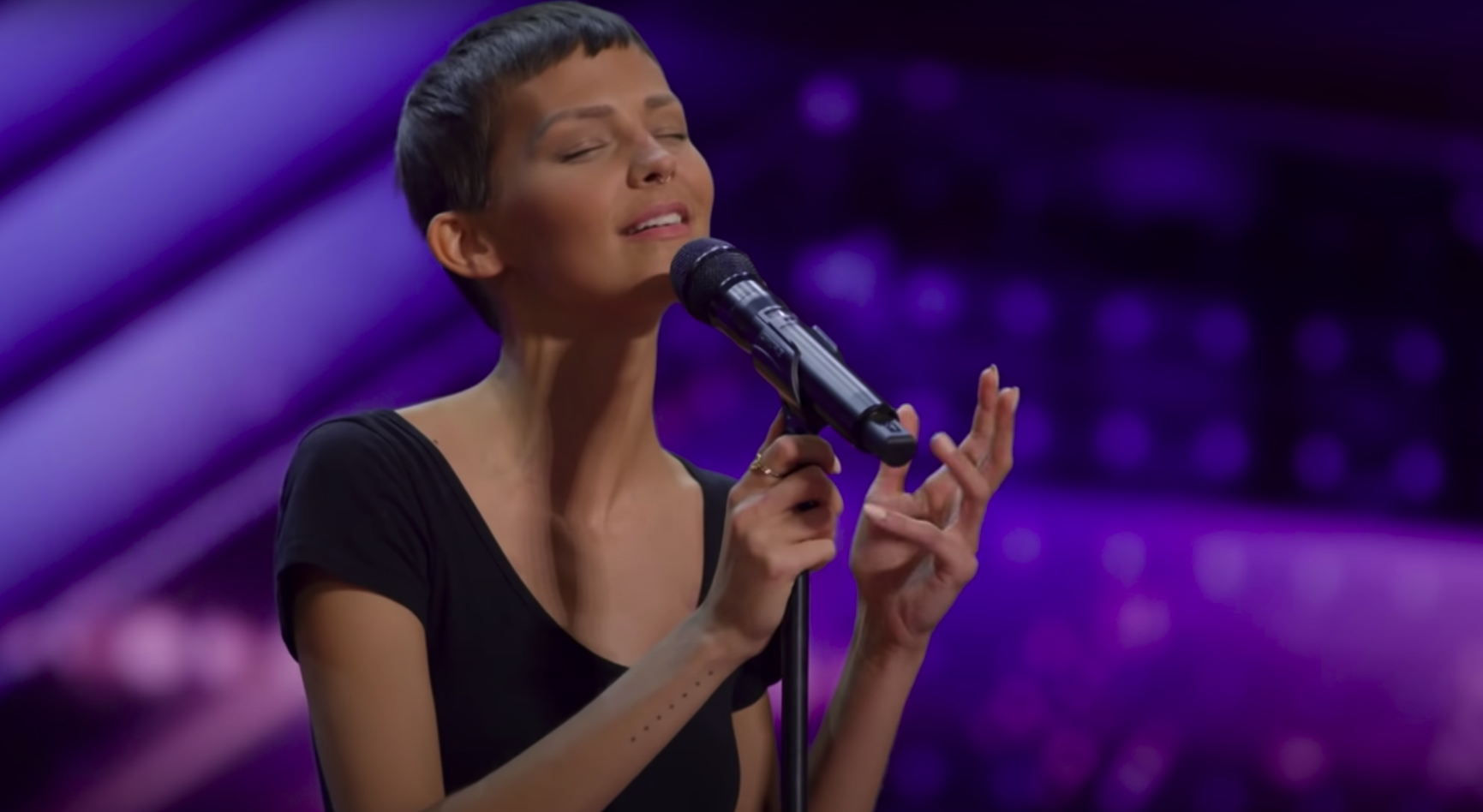 America’s Got Talent fan favorite Jane Marczewski, known by her stage name, Nightbirde, has died at the age of 31 according to a source speaking to TMZ. Marczewski was first diagnosed with breast cancer in 2017. She was declared free of the disease a year later, but it returned the following year. Prior to her America’s Got Talent appearance last year, it had metastasized into her lungs, spine, and liver, and she was told her chance of survival was only 2 percent.

Marczewski performed her original song for her audition for the reality show in June of last year; her performance received a Golden Buzzer from judge Simon Cowell, and went on to reach number one on iTunes, with the video of the audition achieving a number two trending spot on YouTube. Speaking to the audience, Marczewski stated, “I have a two percent chance of survival, but two percent is not zero percent. Two percent is something, and I wish people knew how amazing it is.”

Unfortunately, Marczewski eventually had to abandon the competition due to her declining health. On her Instagram account, she stated “Since my audition, my health has taken a turn for the worse and the fight with cancer is demanding all of my energy and attention. I am so sad to announce that I won’t be able to continue forward on this season of AGT.”

Marczewski, a native of Zanesville, Ohio, began her songwriting career at just six years old, when she helped her mother finish writing a song. While at Liberty University in Lynchburg, Virginia, Marczewski began uploading her songs to the internet, and performing publicly. She remained in Virginia after graduation, becoming a popular local performer, and released a single, “Girl in a Bubble,” in March of 2019.

Following the America’s Got Talent season finale in September of last year, the young singer expressed her grief in an emotional post on Instagram, in which she also expressed her faith in God. “It’s so hard for me to not be on the @agt stage for the finals this week,” she sated. “I bet you never saw someone win so hard and lose so hard at the same time. This isn’t how the story was supposed to go.”

“I must be a fool in love, because even from under all this debris, I still believe Him. And when I’m too angry to ask Him to sit on my bed until I fall asleep, He still stays. Here we are, you and I, signing off on the risk of REBELLIOUSLY HOPING for better days. Let us not be blind to our own glory. I’m raging and crying and hoping with everyone who needs to rage and cry and hope tonight.” she concluded.

Following the announcement of her passing, America’s Got Talent host Terry Crews released a message of condolence on his Instagram that read, ” We are saddened to learn about @_nightbirde‘s Passing. Our Condolences goes to her Closest Family & Friends in such of This difficult time. We Love you, Nightbirde.”

Cowell revealed to People that he had spoken to Marczewski just prior to the AGT finale last year, stating “it was always her dream for her music to be heard by millions. That’s what’s happened off the back of this.” Cowell further recalled, “when you put your music out, I think a lot of people are going to buy it. So why put yourself through it [the finale]. You’re not letting anyone down because that’s what she kept saying to me. You’re not, you’re going to be missed but you’re not letting anyone down.”