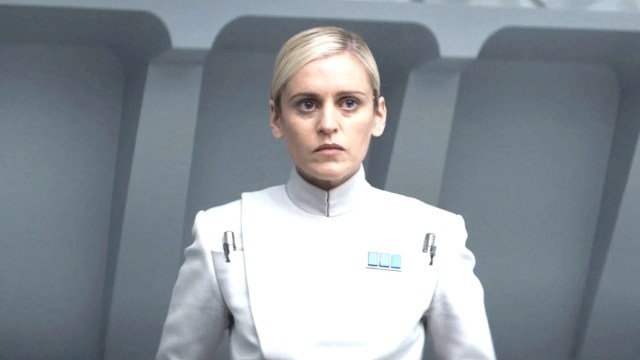 One of the best things about Andor is how it’s turned the Empire into a genuine threat. Over the nine episodes so far, we’ve been shown the inner workings of the Gestapo-like Imperial Security Bureau (ISB), with Dedra Meero fighting an uphill battle to get them to take the threat of coordinated Rebel activity seriously.

It’s a neat peek inside the inner workings of a dangerous group in Star Wars, and it’s disturbing to see Imperials making intelligent deductions and laying traps for our heroes. The drama is sure to hot up at ISB headquarters over the remaining three episodes of season one, and some fans think they’ve pinpointed the guy who’ll be at the center of it.

In a thread about Syril Karn’s future, the top-voted reply sums up the overall sentiment among Andor viewers.

This is Attendant Heert, played by Jacob James Beswick, who has indeed been acting suspiciously autonomously over the last few weeks. Is he after Dedra’s job?

That the ISB is happy to let its employees fight amongst themselves over status is very much the Imperial management style:

But if Dedra’s subordinate gets a promotion, could that leave room for Syril to take his job?

We’d love to see Syril and Dedra team up at the ISB, if only because they’d be an absolute disaster couple and we’d get a load of excruciatingly awkward moments as they tried to work together. Right now, it’s difficult to say exactly where either of their plotlines are headed, but judging by their chat in episode nine we’re going to see more of them together very soon.

In the meantime, keep an eye on Attendant Heert. That guy’s up to something,