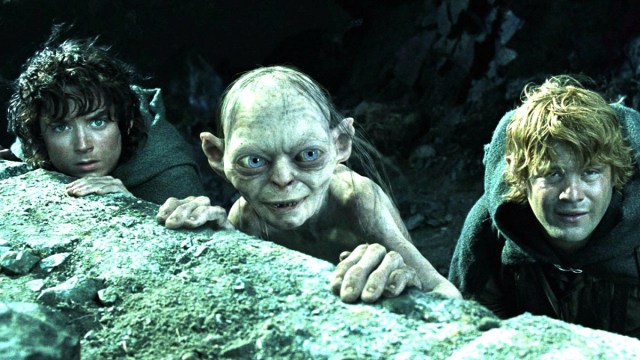 Andor‘s eighth episode is here, and shows our hero in a miserable and oppressive predicament that might weirdly be the best place he could be if he wants to stay alive. After being convicted of being in the vicinity of a crime, he’s sent to a prison factory on the ocean world of Narkina 5, which keeps prisoners in line through deadly electrified floors.

Elsewhere in the galaxy, both the Rebels and Imperials are closing in. The former see Cassian as a loose end from the Aldhani heist and want to remove the security risk. Meanwhile, the ISB has begun to connect the dots, and believe the title hero can lead them to Luthen, who they know only as “Axis”.

But, when Cassian arrives in his work detail, he’s met by a very familiar face: The Lord of the Rings, Planet of the Apes, and Black Panther‘s Andy Serkis. The Gollum actor plays group leader Kino Loy, an intimidating presence who spends his time yelling at the other inmates to stay in line.

Serkis has already dished the dirt in an interview with Vanity Fair, revealing details on his surprise return to a galaxy far, far away.

“What I imagined of Kino’s backstory, before he was in prison, was that he was a union leader. He’s used to working as a foreman. I wanted him to come from a place where he was put in prison for, perhaps, standing up for workers’ rights, and then put into a position of authority because that’s what he does. He is a natural leader. But he really just wants to serve his time. He’s got a family. He wants to get out and get back, and assumes that that’s going to happen after his incarceration.”

This isn’t Serkis’ first role in Star Wars, of course, as he previously provided the voice and mo-cap performance for Supreme Leader Snoke in The Force Awakens and The Last Jedi. Still, fans are very happy to see him back in a galaxy far, far away:

The excitement is real:

We had the same surprised reaction:

Everyone loves a Serkis appearance:

Some kind of jailbreak is definitely coming, and we doubt Serkis’ character will be along for the ride. Even so, perhaps there’s some hidden goodness within him that’ll make him side with his fellow prisoners over the guards when things inevitably kick off next week.