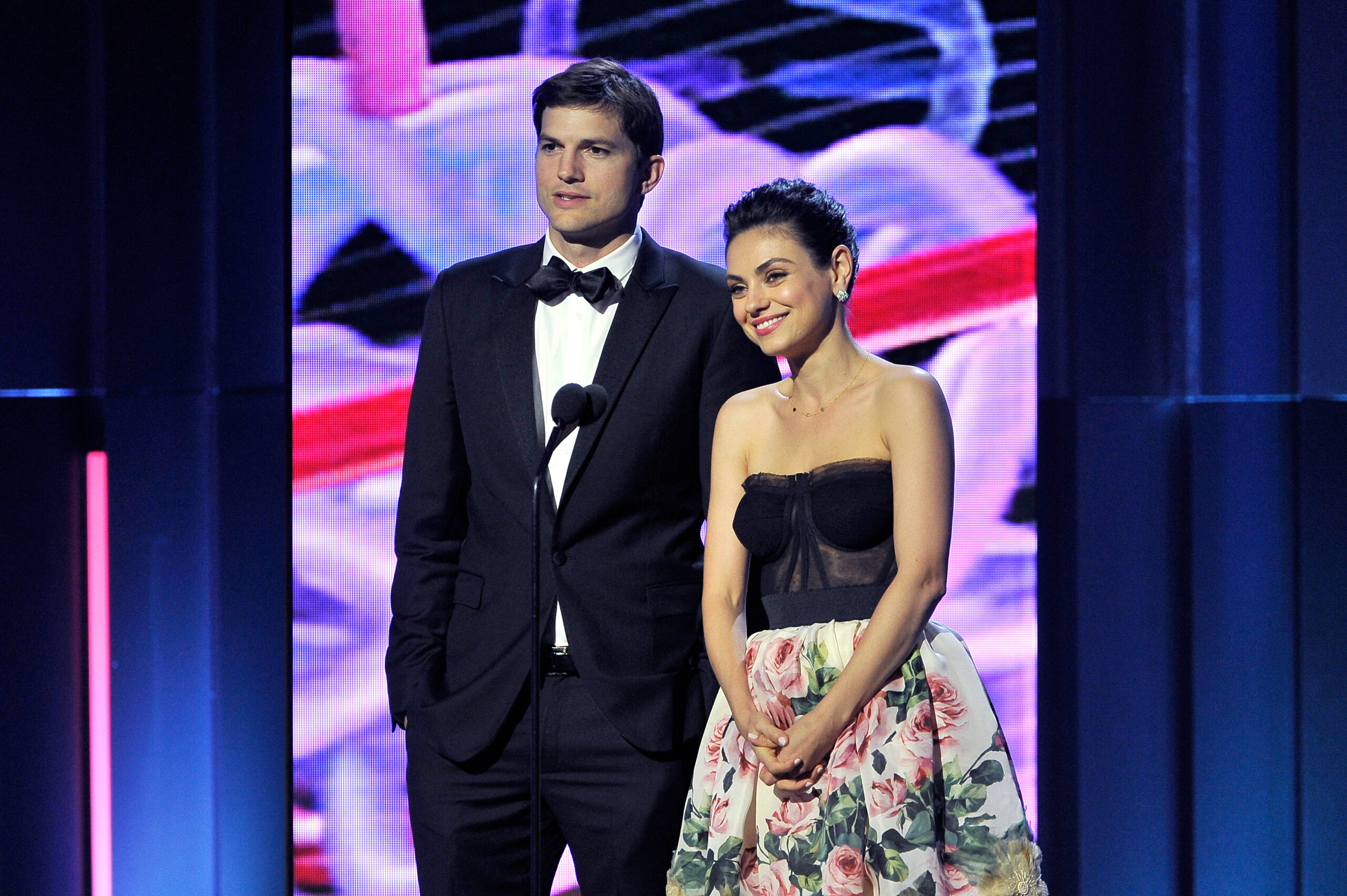 A wide range of celebrities have been expressing support for Ukraine amid the Russian invasion, and the latest to do so is Ashton Kutcher, who has a personal connection to the country.

Kutcher’s wife, actress Mila Kunis, was born in Ukraine. “I stand with Ukraine,” the Two and a Half Men actor tweeted. He also later retweeted an image of a Ukrainian flag on his timeline.

Kunis, 38, was born in Chernivtsi, Ukraine back when it was in the Soviet Union. She left the country with her parents when she was 7. She’s shed some light on her past a few times, she told the Daily Telegraph.

My parents both had amazing jobs, and I was very lucky. We were not poor when we lived in Russia, whereas most people were very unfortunate,” “My parents had given up good jobs and degrees, which were not transferable. We arrived in New York on a Wednesday and by Friday morning my brother (Michael Kunis) and I were at school in LA.

Kunis and her husband, who have two children together, visited the country a few years ago (according to an interview with Metro) Kunis said at the time, according to Metro.

“(I went to Ukraine) two months ago, for the first time. … It was trippy,” “There’s a part of you that wants to feel something towards (the place). I had nothing. We landed and Ashton was like, ‘No?’ (and I was like), ‘Yeah, nothing. I got nothing for you, babe.’ We went to our house and I knocked on the door because we really wanted to look inside. And (the new owner) was like, ‘No!’ She did not care. I said, ‘I used to live here when I was little, my parents are here.’ She wouldn’t even open the door. The whole experience was very humbling.”

Ashton and his wife aren’t the only celebrity couple expressing solidarity with the beleaguered country. The Duke and Duchess of Sussex made the following statement:

“Prince Harry and Meghan, The Duke and Duchess of Sussex and all of us at Archewell stand with the people of Ukraine against this breach of international and humanitarian law and encourage the global community and its leaders to do the same,”

The situation in Ukraine is still developing and we hope for the civilians caught in the crossfire to be able to get to safety.