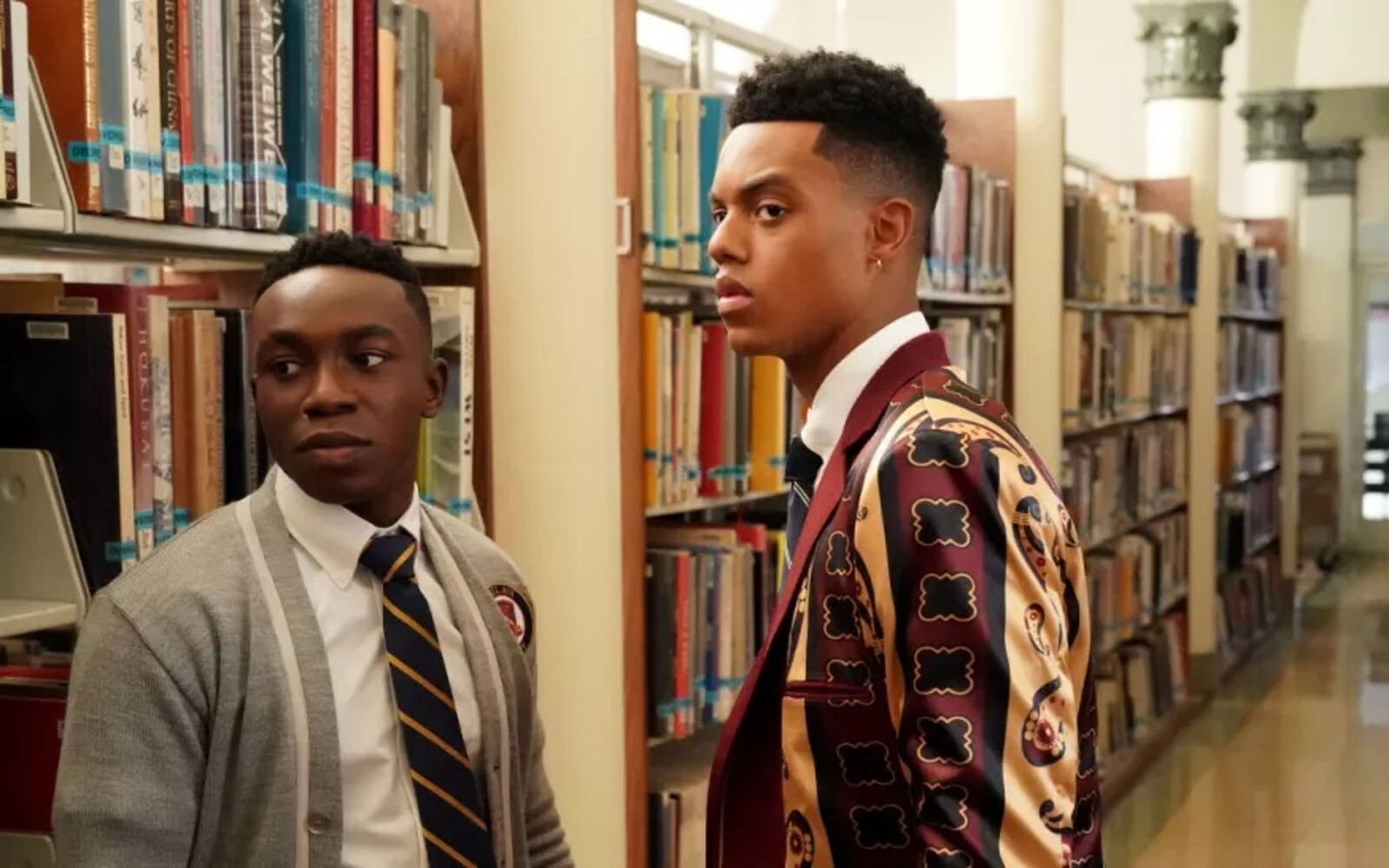 The new Fresh Prince of Bel-Air, Jabari Banks, did an interview with The Hollywood Reporter this morning, and his take on Will and Carlton’s relationship is a “fresh” one.

In the new series, Olly Sholotan plays Will’s cousin, Carlton. Jabari had a lot to say about his friend in the interview.

“He’s an amazing scene partner, but Olly is my brother, first and foremost,” Jabari said. “When I got to L.A., I literally had no clue where I was going, and I had to find a place to live. He was like, ‘I’ll just drive you around L.A., I’ll take you to every neighborhood, and we’ll see.’ That just really showed me who he is as a person. We got to a level of comfortability. We hang out on- and off-set — we’re really good friends. Having that level of comfort just opens up the space for all different types of dynamics that we can show onscreen. It’s definitely a safe place for us to play, and we’re both very playful. We want to see how far we can take this Will and Carlton dynamic. In the first episode, it’s something, and in the last, something completely different. So it’s super exciting for everyone to see them grow as cousins and as brothers; for them to get into like their Will and Carlton silly situations and crazy adventures. That’s going to be so exciting for everyone to see and to witness again. I think those are some of my favorite episodes from The Fresh Prince, when Will and Carlton are just getting into sh*tty situations.”

Just like his predecessor, Will Smith, playing the Fresh Prince is Jabari Banks’ first on-screen acting job. It’s nice to know that Olly is showing him the ropes.

Will’s relationship with Carlton in the original series had its ups and downs, but the show wouldn’t have been the same without Carlton.

In real life, Will Smith and Alfonso Ribeiro are great friends. Now we know that Jabari and Olly have a similar relationship.

As great as the relationship between Carlton and Will was in the original, Jabari wants to take it even further this time. But it’s not the only thing he wants to push to the limits.

“Sometimes people see it as you get a little bit of money and you’re losing your Blackness,” he tells The Hollywood Reporter. “That’s kind of how the first show played in a comedic way. For this, it was, ‘let’s start opening up those conversations.’”

The first episode of Bel-Air will be released on Feb. 13 exclusively on Peacock.