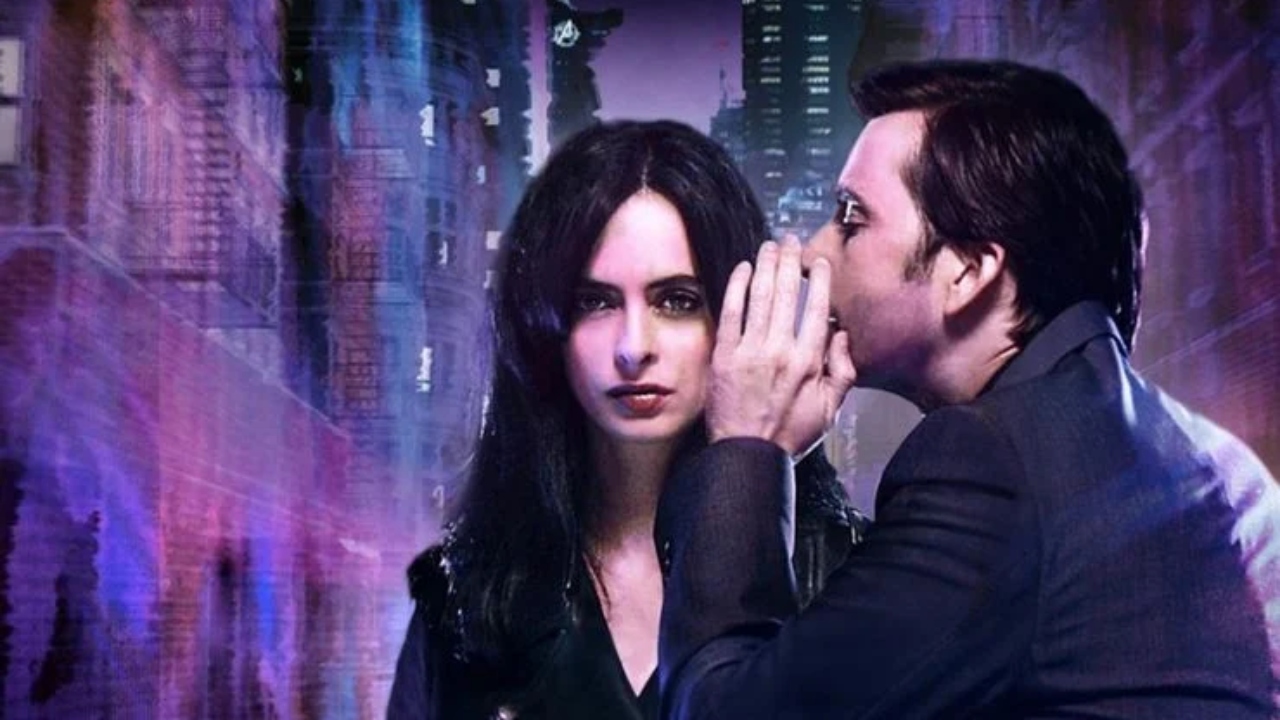 Before its tragic cancellation in 2019, Jessica Jones produced 39 episodes across three seasons. Throughout its four-year consecutive run, there have been some definite hits and some hard misses. Admittedly, some episodes feel like fillers, whereas others feed the excitement and uncover the lore. For your consideration, here are the best Jessica Jones episodes, ranked by overall presentation.

Flashback to “AKA Ladies Night”, where it all started. Many pilot episodes are unbeatable, and Jessica Jones started strong. This episode set the scene and tone for the remainder of what turned out to be a thoroughly gritty season. We meet Jessica, slumming it in a sleazy apartment and barely making enough income to afford her next bottle of booze. She appeals to audiences as a bitterly no-nonsense working-class woman, until we find out that she has superpowers — a quality that makes her even more intruiging.

All things considered, “Ladies Night” deserves to be higher on this list, but there are just too many later episodes with interesting and engaging plot points, something that can hardly be expected from the get-go. Still, it introduces its protagonists, provides a day-in-the-life overview, and straps its viewers in for the wild ride that follows.

With every beginning, there must be an end. “AKA Everything” perfectly encapsulates and rounds off four years and three seasons of strong character and story development. By the end of Jessica Jones’ run, Jessica has walked through Hell and back, emerged victorious despite crippling odds, and overcome her inner demons. As satisfying as it is to see Jessica at her best, however — especially after bonding with her across several years — “Everything” still leaves much to be desired. This episode unfortunately falls short as a fulfilling finale.

Anyone who knows the Jessica Jones lore spent years anticipating the Trish Walker transformation into her comic book counterpart’s alter-ego, Hellcat. “Hellcat” provided the detailed backstory that Jones’ spunky best friend needed, but it didn’t satisfy all viewers equally. Honestly, “Hellcat” received a very mixed reception, primarily due to Trish’s transformation into a rather unlikable and, quite frankly, over-zealous and reckless character.

A number of flashbacks reveal, in this episode, that Trish and Dorothy had an unhealthy, toxic relationship as neglectful parent and overwhelmed child. If nothing else, “Hellcat” delves deep into Trish Walker’s psyche, which at least partially explains many of her questionable choices.

By the time viewers watched “Sorry Face”, it had already become painfully clear that Season 3 pales in comparison to its predecessors. With all due respect to Jeremy Bobb’s Gregory Salinger, topping David Tennant’s Kilgrave was just too difficult a task to achieve. While Salinger did murder a prominent character, he could never compete with the inexorable fear that Kilgrave inspired. Still, despite its negatives, “Sorry Face” maintains non-stop suspense and manages to unnerve even the most stalwart of viewers.

Get the tissues out, we’ve reached “AKA Playland.” No one will ever be prepared for this discussion. There can be no stronger bond than mother and child, and Jessica Jones really hammers home the importance of repentance and forgiveness. In Season 2, Jessica is reunited with her biological mother, Alisa, who has been genetically altered by illegal experiments and used as muscle-for-hire by her scientist husband, Karl, for years. For context, Jessica thought Alisa had died in the car accident that killed her father and younger brother years prior. As “Playland” unfolds, all seems to be going well, until a fatal mistake cuts their mother-daughter reunion short.

“AKA Playland” will reduce even the most emotionless viewers to tears. Anyone subjected to the ending will always remember a specific heartbreaking scene from this episode; that moment may as well be permanently seared into our corneas.

Another high-energy episode, “Shark in the Bathtub, Monster in the Bed” sees tensions rise for all the main characters, particularly Jessica, Trish, and Jeri. In the previous episode, Pryce Cheng inadvertently shot Jessica when fumbling an attempt to murder Alisa, forcing Jessica to rethink her plans to prevent Pryce from exposing Alisa to the authorities.

There is a lot going on at once, but “Shark in the Bathtub, Monster in the Bed” is another top-notch episode that ends on a strong note. Overall, this episode is an emotional whirlwind.

“AKA I Want Your Cray Cray” will be forever cemented in our minds — and not just because of Trish’s annoyingly catchy song. “I Want Your Cray Cray” has a lot to unpack — in the best way possible. Several flashbacks shed new light on the aftermath of the fatal car accident involving the Jones’, and reveals a painful turning point in Jessica’s life that directly involves Alisa.

Additionally, the flashback-heavy episode sees Jessica and Trish drift apart as young adults when Jessica finds purpose in romance and Trish finds solace in recreational drugs. After watching Season 1 without much context about the choices that shaped Jessica and Trish, this story reverts back to its roots to fill in the blanks. The result is downright entertaining and distressing all at once.

There are so many notable moments in “AKA Three Lives and Counting” but nothing outweighs David Tennant’s Kilgrave singing “Hey, hey, I want your cray cray,” as a figment of Jessica’ traumatized, hallucinative imagination. Although not advertised as a comedy, Jessica Jones really lands some zingers at the most opportune moments.

One of the central themes for season 2 revolves around Jessica’s paranoia and moral ambiguity as per the influence and aftermath of murdering Kilgrave. From intense frustration and an askew sense of justice, Jessica has unintentionally killed. This further intensifies the plot, as does Jessica’s tendency to question every choice she makes, a habit originating from her distress. She is determined to avoid becoming a cold-hearted killer like her former enemy. If ever there were a must-see episode, this would be it.

“Sin Bin” is the most in-depth analysis that Jessica Jones provides regarding the history between Jessica and Kilgrave. Some telling discoveries lead to the uncovering of Kilgrave’s childhood trauma and adversity, ultimately adding to the litany of malevolent acts.

In “Sin Bin”, Jessica finally captures Kilgrave and constructs a foolproof plan to obtain his confession for the false incarceration of Hope Shlottman. As expected, the plan backfires miserably and leads to several more deaths. All in all, “Sin Bin” exploits the darkest secrets from Kilgrave’s past, and is arguably the most intellectually stimulating and full-throttle episode in this series.

Last, but certainly not least, we have “AKA Smile”. From the beginning and for every year afterward, Season 1 has continued to be an incomparable and unrivaled display of cinematic works. “AKA Smile” arguably trumps all other Marvel Netflix finales. After witnessing the cat-and-mouse chase between Jessica and Kilgrave reach its climax, the story concludes in the most fitting way possible.