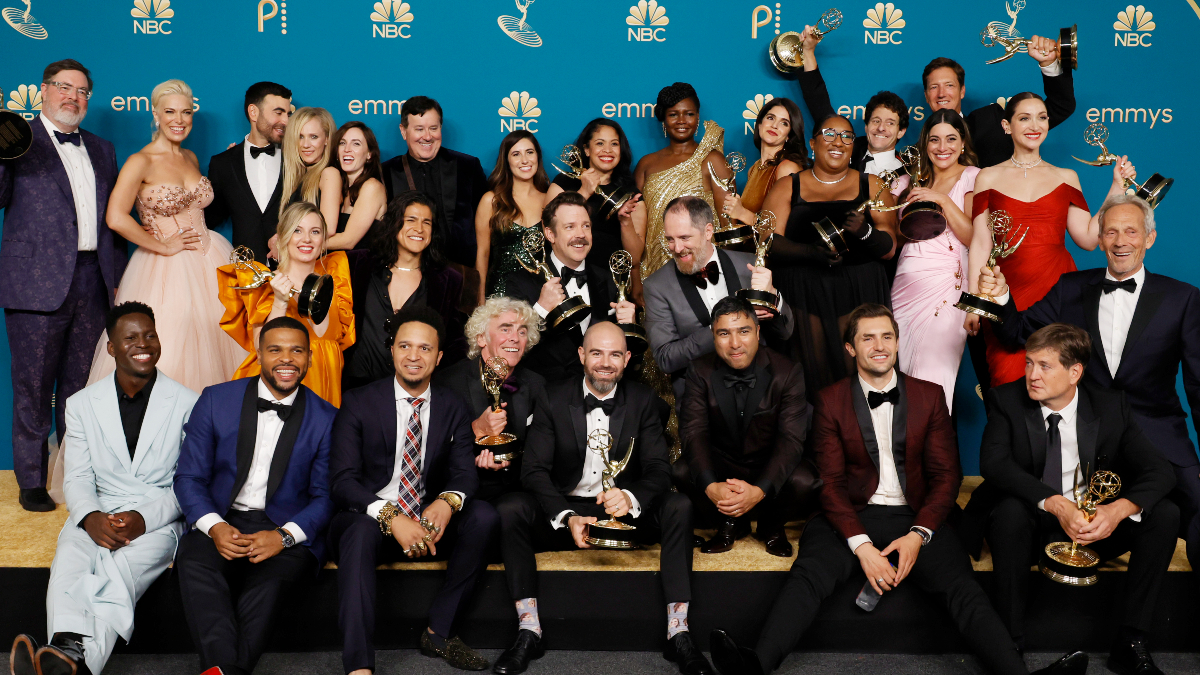 The sheer number of great characters — beloved and loathed alike — on Ted Lasso means wrangling them all into a neat and tidy list is a bit like trying to take AFC Richmond to the top of the Premier League.

Since it takes 11 players to fill the pitch (read: field) for a football (also: soccer) squad, it seems like the perfect number to set for this list that is trying to do just that. Without an extended Ted Lasso-esque monologue, let’s dive right in.

Though she doesn’t get many chances to show the full picture of her character, the extremely straight-shooting manager (maybe owner?) of the pub the Ted Lasso crew and AFC Richmond fans both frequent often steals the show in nearly all her scenes. From setting unruly fans such as Baz, Jeremy, and Paul (played by Adam Colborne, Bronson Webb, and Kevin Garry, respectively) straight when they want to lean too far into their hooligan side, to doling out advice, to the tales she alludes to that show she’s led quite the life, we want to learn more about Mae in season three, which means she definitely gets a spot on the list.

The same as stated above, with so many characters to flesh out, not every gets the chance to have tons of airtime each episode to have slow reveals of their character. That means getting the most out of every moment is paramount in the show, and for each of the characters. And even if Dani leans a little silly at times, it’s quite clear that the character and man have a lot of emotional depth, and tons of heart beneath the carefree exterior. His strife to start season two sets the stage for the entire team to go through emotional exploration, through therapy and with each other.

Higgins! After starting the show as a bit bumbling and clearly the whipping boy for Rebecca, Leslie’s life at home and his willingness to speak his mind even when it might cost him gave such an incredible roundness to the character that everyone comes to love him — even Rebecca, in spite of him betraying her by aiding her ex-husband’s own betrayals in the past.

The scenes with Leslie and his family, whether at home hosting Christmas, or at the stadium cheering on the Greyhounds, provides texture for the entire show and a change of pace considering it’s the only (healthy) family dynamic there really is in the series.

Dunster brings such power to the Jamie character that it’s entirely believable to see his thorough transformation from selfish playboy to someone who can cry into his rival’s arms. When he can softly speak the truth to tell Keeley he loves her, while being fully aware that it’s not something he would act on, it’s another revealing turn, especially because — in the past — he would have went full bore trying to win her back. His moments on the pitch are big too — following Sam’s lead to cover up their sponsor, knowing how to toggle between being an annoying, goal-scoring a*s and a good teammate, and to giving up the final penalty kick to Dani to fully finish the restoration of his confidence is all believable, and in lesser hands, the character would have perhaps just stayed a caricature.

One of the great things Ted Lasso does well is give moments — even big swaths and stretches — for certain characters to shine. Isaac’s struggle with being the team captain and knowing how to play with joy, plus his expert haircutting that wows the whole team is just one example that didn’t make the list.

A character who gets nominal time throughout season one before bursting through to become a star — on the show, on the pitch, and with fans — is Sam. The genuine hurt he feels and has to convey from the fallout of his photoshoot with Dubai Air, his romance with Rebecca, his realizations around London, and the way he lets Jamie know things have changed when he returns to the team all build Sam up into someone very worthy of the storyline and extra screen time he gets in season two. It’s no wonder he’s Nora’s favorite player.

Oh, Nate. His heel-turn throughout season two that plops in square in villain territory is hard to stomach, but only because Nick Mohammed made the character so easy to love and even empathize with. His cringey bouts of kissing Keeley, spitting onto mirrors, bullying his replacement, and even resenting the man, Ted, who helped him overcome so much, make it easy to start to loathe him as well. Great, great performance, and such a well fleshed-out character, with every single scene giving a reveal into the inner turmoil (such as the issues with his father, the bullying from Jamie and company) that makes it easy to see why he would turn out the way he did, even though it feels like he should know better.

If it weren’t for the awful things Rebecca does in season one, she might be higher on this list. The top five here could really be relisted in many different iterations and still feel right, most likely. It’s hard to say who is the glue that holds the show together, or if that is even a thing with this show, but Rebecca feels so essential to the relationships that revolve around the Richmond universe. And we have to really hand it to Hannah Waddingham for her willingness to give approximately 1 million percent to all the emotions she has to convey — from sorrow to anger, love to humility to humor — and the utter honesty she gives to the performance which gives the character so much believability and relatability.

So much of the story of Richmond and Ted Lasso can be seen through Roy’s subtle behaviors and noises. Things are set so early on by his verbal undressing of Ted, and later of Jamie, and really the way he is willing to bellow out a revealing “F*ck” that really says “Oh I get it now, I’m such an idiot” is remarkable. That word has always had a way of conveying many meanings all in one, but never has it been used so expertly to essentially give full on monologues with just one quick burst. His relationship with Keeley gives him extra layers, as does the one with his niece, Phoebe.

The mystery man who maybe says even less than Roy Kent. Coach Beard is certainly worthy of getting his own episode if anyone were to, which made his jaunt through London such a fun ride, and one that showed a bit more to the man without going too far to reveal too much. His on-again-off-again relationship with Jane Payne, his willingness to play along with Ted’s silly side, and especially the moments when he won’t stand for BS any longer are powerful scenes. On that last note, the moment he gets angry at Ted and talks about how winning matters to professionals, and draws a line in the sand to let him know that they aren’t dealing with college kids anymore is a really great moment, as is the way he needles Nate about the source who sold out Ted without directly saying that he knows.

What would this list be without a little surprise? That’s right, the namesake of the show and the center of its universe isn’t tops on this list. There was a bit of back-and-forth on it, but in the end, that’s how it played out. Ted’s willingness to be vulnerable from the show’s outset gave the program, and the character, real legs to stand on and allow him to drop to the background (or even out of the picture entirely at times) while the show still carried on. We’ve gotten every ounce of the range Sudeikis could bring out of a character based on a skit from years ago, and then some. There is true joy and satisfaction to seeing him navigating through panic attacks, divorce proceedings, real losses and heartbreak, backstabbing, and finding a path forward in a strange land, with real accountability and consequences.

This show could have leaned into the humor or the feel-good nature of having the underdog (person and team) win in the biggest moments, but the show found real success in doing the opposite.

Here we go, the glue that actually does hold it altogether. It wasn’t clear that Keeley would be a big part of the series or even the team when it started out by showing her as the pin-up model girlfriend to the team’s star player, but seeing the layers get slowly (and expertly) peeled back bit by bit by Temple has been breathtaking. The sadness she goes through in big moments, and the clarity she provides for herself and those around her has kept the soul of the show intact as things shift around the core and periphery. Sure, Ted Lasso is vital to the show being what it’s about, but it’s been Keeley who’s steered the ship through tumult, many times without the audience or even the other characters even fully grasping that that was happening.